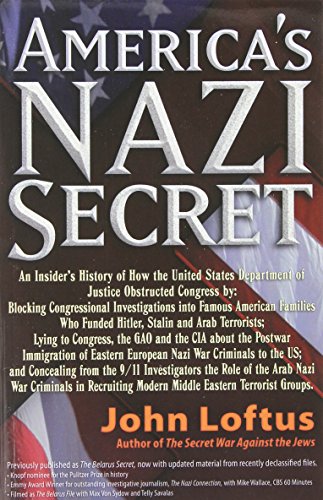 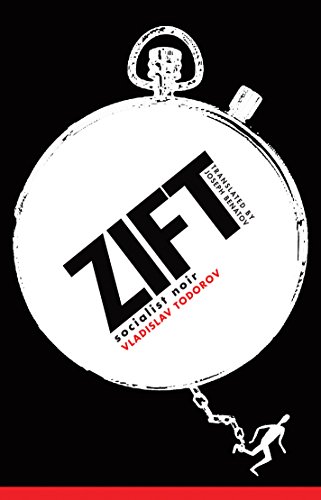 From "America's Nazi Secret" to "Zift."

Ah, the books of 2010. Even a week's intake exceeds comprehension, defies generalization, mimics the world itself in sheer abundance. Here is a sampling, from A to Z.

America's Nazi Secret. John Loftus. TrineDay. The author's huffing and puffing, beginning with a 70-word subtitle, inadvertently undermines his case, but he has a sobering story to tell nonetheless.

The Best Spiritual Writing 2010. Edited by Philip Zaleski. Penguin Books. Another capacious collection assembled with care by Phil Zaleski. Install a copy at your bedside. Interesting to read the introduction by poet Billy Collins, who tells us rather cheerfully how he lost his "almost congenital" Catholic faith and how reading and writing poems allows him, now and then, to fall "through a little hole into something more extensive than the words around it."

The Collected Prose: 1948-1998. Zbigniew Herbert. Edited by Alissa Valles. Ecco. Good to have this alongside Herbert's poems. Typical opening (in this instance, from an essay called "The Mercy of the Executioner"): "Among the many portraits of Jan van Olden Barneveldt I like most the one painted by an unknown master." There's a whiff of Borges in this volume: Herbert was a dissident in Poland not least by creating an alternative world.

The Dumbarton Oaks Medieval Library. Harvard University Press. This newly launched series "presents original Byzantine Greek, Medieval Latin, and Old English texts with facing-page translations designed to make the achievements of medieval and Byzantine cultures available to English-speaking scholars and general readers." Among the beautifully produced first volumes are The Beowulf Manuscript, edited by R. D. Fulk (which includes not only the great title poem but also the other four works that appear in its only surviving manuscript), and the first of a projected five volumes of The Vulgate Bible (this first volume is devoted to the Pentateuch), edited by Swift Edgar.

The Eerie Silence: Renewing Our Search for Alien Intelligence. Paul Davies. Houghton Mifflin Harcourt. Davies keeps returning to this subject—is this really his third book on it?—but he is never less than absorbing. After finishing it, try Stanislaw Lem's novels The Invincible and Fiasco.

FashionEast: The Spectre That Haunted Socialism. Djurdja Bartlett. MIT Press. Fashion in the Soviet Union and Eastern Europe. One of the most revealing studies of socialist culture in many years, loaded with striking images. Yet again, truth is stranger than fiction.

The Games That Changed the Game: The Evolution of the NFL in Seven Sundays. Ron Jaworski with Greg Cosell and David Plaut. Ballantine/ESPN Books. The best football book I've read since The Blind Side. A wonderful companion with the playoffs just around the corner.

Here Comes the Garbage Barge! Text by Jonah Winter. Illustrations by Red Nose Studio. Schwartz & Wade. The distinctive work of Chris Sickels (aka Red Nose Studio) can be seen in Books & Culture (for example, the cover of our January/February 2010 issue). He is at his best in this rollicking cautionary tale, which the New York Times Book Review named as the best illustrated children's book of the year.

Insectopedia. Hugh Raffles. Pantheon Books. This book, like the list you are reading, is an A-Z miscellany. The author is an anthropologist; I found his artful ramble fascinating and irritating in equal measure.

Jorge Luis Borges. In 2010, Penguin Books celebrated 75 years of publishing. Among the gems of this anniversary year from Penguin Classics were several volumes of Borges (one devoted to writings on Argentina, for instance, and another collecting his sonnets), mostly selected from previously published translations but also seasoned with pieces appearing in English for the first time. I particularly enjoyed the volume On Writing, which includes a very tasty section on detective fiction.

The King of Trees. Ah Cheng. New Directions. Three novellas by a Chinese writer who made a considerable impact, translator Bonnie McDougall tells us, when these fictions were first published in the 1980s. McDougall, who published an earlier translation of the same works twenty years ago, puts Ah Cheng in context in a helpful afterword.

The Life and Opinions of Tristram Shandy, Gentleman. Laurence Sterne. Visual Editions. This edition of Sterne's 18th-century novel was the first book published by Visual Editions, the London-based outfit whose second title was Jonathan Safran Foer's Tree of Codes. They like to play with the conventions of The Book, and their edition of Sterne is in the spirit of the master.