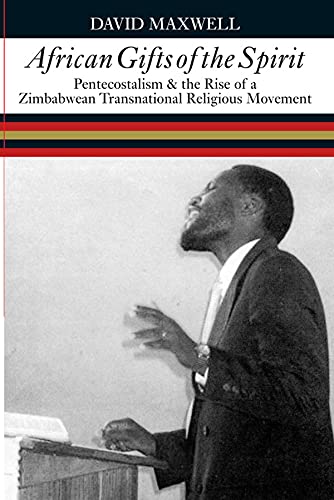 The Ministry of Ezekiel Guti

In the 1960s, isolated researchers began speculating that Africa could become a major center of Christian population by the end of the century. For decades this apparently extravagant prediction was noticed by few outside the small world of missionary scholars. After all, Africa was well behind Europe, Latin America, and North America in Christian population, and secularization theory overshadowed scholarship on world Christianity. Yet today there are an estimated 447 million Christians in Africa. In the next fifteen years Africa will likely surpass Europe as the largest Christian continent.

By the 1980s, massive migration and urbanization heralded another surprising demographic shift—the worldwide growth of Pentecostalism. With strong local leaders, faith-healing, surrogate family structures, and affective forms of worship, new urban churches sprang up like mushrooms after rain. Charismatic renewal movements also transformed the non-Western branches of mainline Protestant denominations. Old-time Pentecostal historians like Vinson Synan, who endured decades of negative scholarship that attributed his movement to psychological and social "deprivation," may be forgiven the triumphalism that marked his claim in 1998 that one-fourth of the world's Christians were "Pentecostals."

The nexus between these burgeoning movements—the overlap between African Christianity and Pentecostalism—is only now receiving the scholarly attention it deserves. Readers will welcome, therefore, University of Keele Professor David Maxwell's superb study of the Zimbabwe Assemblies of God, Africa. By locating ZAOGA both within the historiography of Christianity in southern Africa, and within the globalization of what he calls the movement of "Born agains" —evangelicals, charismatics, and Pentecostals—Maxwell sets a new standard for studies of non-Western Pentecostalism.

Maxwell charts the rise of Pentecostalism at the turn of the 20th century and traces its missionary ...