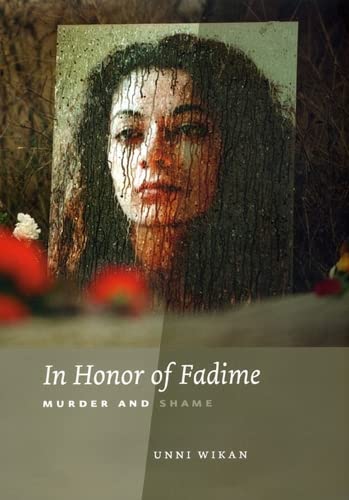 Can the practice be explained by reference to non-Western "cultural norms"?
November/December 2009

In January 2002, Fadime Sahindal was murdered by her father. The killing might have passed with little attention, like so many crimes, except that two months earlier this 26-year-old woman of Kurdish descent had addressed the Swedish parliament. She explained how she brought dishonor to her parents simply by living as an independent Swedish woman. This dishonor, she feared, could cause her death. She explained the difficulties of living as a woman between the worlds of Swedish freedom and Kurdish expectations. She told of the reluctance of police to take seriously her fears of her father, brother, and other male relatives. She called on the Swedish government to improve services designed to integrate immigrant families into Swedish society. Two months later she was dead.

The European media called it an "honor killing." That is, the shame of Fadime's behavior so deeply violated the norms of Kurdish culture that her male relatives killed her to restore the family's honor. Invoking cultural norms, however, does not make the crime more explicable. If anything, such an explanation causes Westerners to find it even more mysterious. In the West, we can "honor" our parents with a nice gift or speech. We declare it "an honor" to be recognized for exceptional merit. Yet we do not typically recognize honor as an essential quality in our lives. Anyone who has seen five minutes of The Jerry Springer Show might say that Westerners have no honor, or we understand it very differently. We can shame ourselves, but we rarely extend that feeling to the actions of others in our family. The notion that cultural traditions or shared values—as opposed to rage or insanity—would drive a father to kill his own daughter seems to lead inexorably to the conclusion that the culture itself—in at least some of its fundamental assumptions—is evil. But this seems to simultaneously let the murderer off the hook and offend modern multicultural sensibilities. Are his actions to be explained as merely "cultural"? What does it mean to identify sin in a cultural form? Is it the height of ethnocentrism or moral escapism?

Norwegian anthropologist Unni Wikan, a expert on Middle Eastern gender norms and Islamic immigrants in Europe, had already been called upon to testify in earlier trials involving purportedly "cultural" behavior of Middle Eastern people living in Scandinavia. After Fadime's death, she was determined to explore the high-profile case to address some very basic questions: Did "culture" make Fadime's father kill her? Was he bound to an ancient code that gave him no choice? Was his violence rooted in a barbaric religion that promoted such acts? Perhaps most important, could it have been prevented? Wikan's In Honor of Fadime: Murder and Shame (a "revised and extended, partly rewritten, version" of a book first published in Norwegian in 2003) employs detailed transcripts of police and court proceedings (all public under Swedish law), alongside interviews, news reports, and her own anthropological expertise, to explore these questions. The result is a hybrid work—part journalism, part anthropological analysis, part political position paper—offering a fascinating study of culture, religion, immigration, and women's rights at a time when such issues are certainly relevant beyond Scandinavia.

Fadime's family moved from a small village in Eastern Turkey when she was nine. Drawn to Sweden for economic reasons, Fadime's parents were glad to have her educated in Swedish schools and participating in the wider society, up to a point. As she approached the age when her Turkish counterparts would be given in marriage, she longed to fit in with her new peers, exercising the freedom taken for granted by her Swedish friends. The resulting conflict was not simply, Wikan argues, a familiar tale of a generation gap. Fadime's behavior ultimately resulted in the loss of honor for the family, backing the father into a cultural corner from which he saw no escape.

Wikan acknowledges early on that this is a difficult corner for most Westerners to understand. Even as an anthropologist with decades of experience in Middle Eastern societies (Oman and Egypt primarily), she confesses that "I had set out convinced that honor killing—when it comes to taking the life of your own child—cannot be understood unless you belong to a community where such a tradition prevails." Hence, she surprised herself with the depth of empathy she found in exploring Fadime's life and death, gaining insight into how deeply ingrained notions of honor, sexuality, and identity provoke rational, loving people to perform heinous, unspeakable acts.

Reflecting strong anthropological conventions, Wikan uses the richly drawn narrative (we anthropologists would say "thick ethnography") of Fadime's story to explore a more conceptual discussion of honor and shame. Comparing Fadime's case with those of other victims of murder or coercion—Sara, a 16-year-old Swedish Iraqi killed by her brother and cousin; and Nadia, an 18-year-old Moroccan born in Norway, forcibly expatriated to Morocco to marry a cousin—Wikan develops a clearer portrait of what is at stake for these families. Honor is "an all or nothing phenomenon" that adheres to individuals but is always tied to the collective. It is solely the property and purview of men, inexorably linked to the behavior of women. It is a subjective feeling of worth and a widely affirmed public reputation. And for many who immigrate to Europe or North America, she suggests, protecting one's honor becomes more important than ever.

Just as interesting as her explanation of honor and the motivations for honor killing is her discussion of what they are not. "Honor killing," Wikan writes, "is not an Islamic practice. Islam does not justify it. Honor killing would have been unheard of in many Muslim societies. It has been practiced among Christians, Hindus, Buddhists, Confucians and others, as documentary evidence has shown." The first murder to be called an honor killing in Sweden was within a family of Palestinian Christians.

Wikan likewise takes pains to decry an overly deterministic understanding of culture. While an exploration of culturally bound values of shame, honor, gender, and kinship makes cruel actions more explicable, simply holding those values neither excuses nor requires the behavior. When called to testify in the trial of accused honor killers, Wikan refused to support the notion that people committed murder on account of culture. Interestingly, Fadime's father and accused killer, Rahmi Sahindal, also refused to invoke culture as a motive. (In a convoluted tale of conflicting stories, he attributed his actions to mental illness, then again to jealousy, and proffered an account of an unknown stranger who either coerced him to shoot Fadime or shot her himself.) Some Kurds following the case felt the Swedish justice system failed to take "his culture into account." Others staunchly denied that their culture supported such a killing. These contradictions are precisely Wikan's point. Culture is an amorphous term employed for particular ends at particular times. Individuals within any given culture share a great deal of understanding, but never a seamless body of knowledge to which all assent. As she puts it, "There are no objective criteria for what 'culture' is. Culture is what you choose to see at a given time."

The heart of the book, though, is the story of the Sahindal family. Fadime's decision to marry a Swede caused the initial rift with her family. She assumed a kind of self-imposed exile, only to see her fiancé killed in an automobile accident. The damage done, her family would not take her back, though, in her grief, she longed to see her sisters and mother. Defying her male relatives to reconnect with the family she needed, she incurred their wrath and faced the threats that ultimately caused her to go to the press with her story. The resulting humiliation and subsequent murder forced her younger sisters and mother to choose sides: the father who killed or the daughter who forced him to kill. The account is wrenching in its portrayal of loss, the impossible choices so many faced, even the profound sympathy Fadime felt for her own tormentors.

By the end of the book, we should be asking again, as Wikan did, what drives a man to murder his child for honor's sake. We can say with confidence that the answer is sin, but not simply the sin of one man's heart. Wikan's account demonstrates both the powers of culture and the powers in culture to drive us apart. This deeper sinfulness of humans causes us to create cultures shot through with our own selfishness and fear. Taken as a whole, these structures of our own design are neither destiny nor enemy. They give our lives meaning and enable our humanity, but they are never without their own fallenness. In the face of this particular manifestation of evil, Wikan's response is to assert the importance of human rights over cultural autonomy, and as a public policy, this seems right to me. A stronger answer, though, could come from a church providing a witness to all cultures, which—each in its own distinctive way—push us to degrade the image of God in one another. Honor killings may be particular to honor-based societies, but the propensity of humans to invoke "culture" to advance our own sinful agendas remains all too familiar everywhere.

Brian Howell is an anthropologist at Wheaton College. He is the coordinator of the Gender Studies Program and author of Christianity in the Local Context: Southern Baptists in the Philippines (Palgrave, 2008).