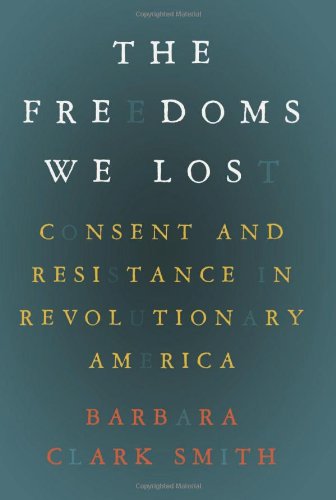 Did Americans have less freedom after the Revolution?

On the night of August 26, 1765, a mob attacked and gutted the mansion of Thomas Hutchinson, the lieutenant governor of Massachusetts and a reluctant supporter of the hated Stamp Act. The message: we do not consent to this new tax. In her provocative The Freedoms We Lost: Consent and Resistance in Revolutionary America, Barbara Clark Smith shows that these kinds of crowd actions were integral to the rough, local world of colonial politics, where common folk had the power to both enable and oppose laws. For the Revolution to succeed, then, Patriot élites had to lock arms with the people. But, with the war won, the élites abandoned them.

In this sense, Smith asserts, common Americans had less freedom after the American Revolution than before it. She knows that there are many other ways (new opportunities for political participation, most obviously) in which they were more free, and her introduction spends most of its time tempering the book's audacious claim. Still, she is not just saying that women and minority groups had comparably less freedom than white men, but that all poor and middling Americans fell prey to a post-Revolutionary government designed to serve wealthy interests, especially in the making and enforcement of law.

Smith's thesis counters historian Gordon Wood's brilliant Radicalism of the American Revolution, which argued that while the Founders did not set out to foment radical democracy, they unintentionally did so through appeals to universal human equality. Smith does not match the power and clarity of Wood's argument—few historians do. Indeed, her book's greatest weakness is its overly academic prose (a surprising deficiency, given her position as the curator of political history at the Smithsonian's National Museum of American History). Nevertheless, Smith's book offers a thought-provoking corrective to the cheerful stories we usually tell ourselves about the results of the American Revolution.

Thomas S. Kidd is Senior Fellow at the Institute for Studies of Religion, Baylor University, and the author of God of Liberty: A Religious History of the American Revolution, published this month by Basic Books.