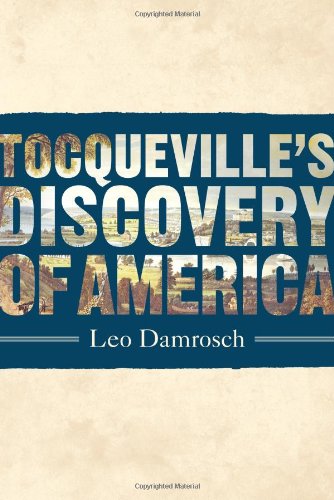 At a conference on Democracy in America several years ago, one of the speakers took up Alexis de Tocqueville's prediction that increased centralization and equality in the United States would produce the "soft despotism" of a "schoolmaster" state: "Above [the citizens] rises an immense tutelary power that alone takes charge of ensuring their pleasures and watching over their fate," Tocqueville writes.

It is absolute, detailed, regular, farsighted, and mild. It would resemble paternal power if its object was to prepare men for adult life, but it seeks on the contrary to keep them in permanent childhood. It likes citizens to enjoy themselves, so long as all they think about is enjoyment …. The sovereign power doesn't break their wills, but it softens, bends, and directs them. It rarely compels action, but it constantly opposes action. It doesn't destroy, but it prevents birth; it doesn't tyrannize, but it hinders, represses, enervates, restrains, and numbs, until it reduces each nation to a mere flock of timid and industrious animals, with the government as their shepherd.

The speaker admitted that we can already see this effect in America, and more government would accelerate the process. But as long as the despotism is soft, he said, why worry? I almost asked him to return his speaker's fee. The reason a Tocquevillian worries is that the schoolmaster state prevents us from exercising our liberty in the fullest sense of that word—to solve our own problems, to explore religious or philosophical avenues that defy majority opinion, and (yes) to find new ways of creating wealth. President Obama's effort to nudge us toward the right choices with behavioral economics is just the latest iteration of this worrying trend. Which isn't to say that I'm above being nudged: last year I got a tax credit for buying energy efficient windows. Will I get a gold star from the schoolmaster too?

It is typical of the excellent research in Leo Damrosch's new book that he retrieves Tocqueville's marginal note about the passage: "New despotism. It is in the portrayal of this that resides all the originality and depth of my idea."

As the scion of an aristocratic family that had suffered much in the French Revolution, Alexis de Tocqueville (1805-59) dreaded the schoolmaster state as a possible outcome of democracies in France and elsewhere. The country would be industrious but mediocre, its souls ambitious but small-minded. Without oppressing huge numbers of people, it would degrade its citizens "below the level of humanity." What was needed, Tocqueville argued, was "a new political science for … a world altogether new," and his book was written to help democracies avoid all despotism, hard or soft. He had in mind primarily a French democracy that would succeed the July Monarchy of Louis-Philippe (1830-48). Suffice it to say that the Second Republic under Louis Napoleon (1848-70) was not what he meant, not what he meant at all.

Damrosch's method is to follow Tocqueville and his traveling companion, Gustave de Beaumont, on their nine-month tour of the United States in 1831-32, which provided the material for the two-part masterpiece (1835, 1840). Ostensibly on a tour of American prisons to collect notes for French prison reform, their voyage quickly took on its deeper significance of analyzing modern democracy. Damrosch gives us just enough background to set the context and direct our attention. We learn about the young men's weakness for American women and about Beaumont's slave novel, Marie—both relevant to Tocqueville's social analysis—but the book never gives way to tangents.

A distinguished scholar of 18th-century literature who teaches at Harvard, Damrosch pauses at strategic moments to explore Tocqueville's cultural insights in greater depth, often supplementing Democracy in America with his other writings. For instance, after describing Tocqueville's meetings with Jared Sparks, a politically astute biographer of Washington, Damrosch investigates his analysis of the salient idea they discussed: majority rule. Tocqueville had written in his notebook:

Damrosch observes the way these two principles took root in Tocqueville's mind over time, enabling him to see their "dark reverse side," namely "the potential for a stultifying tyranny of the majority …. America was thus a nation of paradox, of individualists who were deeply conformist." There are many such moments in Damrosch's book. The writing is concise, insightful, and altogether a pleasure to read.