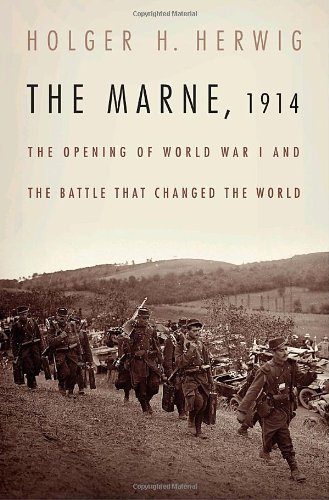 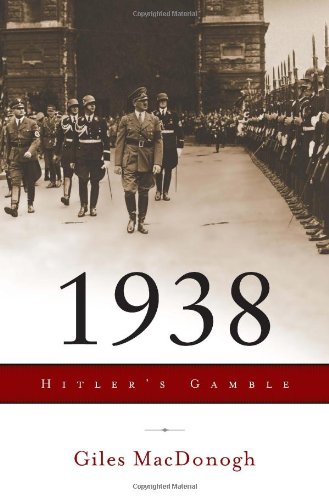 One of the jobs of historians is to provoke us to rethink what we thought we knew. Two recent books—one on the Battle of the Marne, the other on Hitler and the events of 1938—accomplish this task very well.

In the decades following the November 1918 armistice, the names of certain battles in that Great War of attrition took on symbolic force. One of these was the Battle of the Marne. The popular resonance of this battle has long diminished, but among military historians it has lost none of its significance. Robert Cowley, the founding editor of MHQ, describes it as "the most important military event of the last century." The battle proper was fought early in September 1914 in the area of the French river of that name. Holger Herwig, however, prefers to treat it in the larger context of a series of engagements that followed the first fighting in August, culminating in a standoff in late September.

Herwig writes for two of the three categories of readers of military history: the experts, both professionals and passionate amateurs, and readers with a strong ongoing interest in the subject. The third group, readers who pick up a book about World War II or the Civil War or Napoleon now and then, won't have the patience for Herwig's patient exposition. Experts will relish it (whether or not they agree with the author's arguments), and readers in the second group (where I place myself) will be richly rewarded.

Why was the Battle of the Marne so important? Herwig outlines the "Schlieffen Plan," formulated almost a decade before the war began, which in a modified version formed the basis for German deployments once war appeared inevitable. The plan, Herwig says, rested on the conviction "that Germany was 'encircled' by hostile powers, and that only military action could 'break' the iron ring." Moroever, it assumed that "Germany would be numerically inferior in a future war; hence, it had to dictate the timing and pace of the conflict."

Herwig emphasizes that it was not the existence of this plan that drove Germany to war, but rather the calculated decisions of the nation's civilian leaders. Once the decision for war had been made, though, the plan shaped German strategy at the outset. Alfred Count von Schlieffen, author of the plan in its original form, was particularly struck by what he took to be the lessons of the Battle of Cannae in 216 BC, when Hannibal and his Carthaginian army defeated a much larger Roman force. Thereafter, Herwig writes, the notion of a "gigantic battle of encirclement and annihilation (Kesselschlacht) against French forces … became an idée fixe with Schlieffen."

And Cannae became a byword among the German General Staff, guiding crucial decisions during the Battle of the Marne. While the Germans made many mistakes in carrying out their design—and Herwig does not hesitate to point out mistakes on the part of the French and the British as well, along with credit for good decisions and sheer determination—this account suggests that the German gamble to end the war quickly with a knockout blow might well have succeeded. If it had succeeded, Herwig says, the result would have been German dominance of the continent for a very long time. But though he says little more, this is a prospect that does not appear to disturb him as much as it would many of his readers, for he also remarks that "the long-term repercussions of the Marne were tragic." First, of course, there was the heretofore unimaginable toll of four years of trench warfare. But Herwig doesn't stop there: "Without the Battle of the Marne, most likely no Hitler; no Horthy; no Lenin; no Stalin."

Hmmm. But the Germans did not land that early knockout—thanks especially to the leadership of General Joseph Joffre, chief of the French General Staff—and so we move to Giles MacDonogh's 1938: Hitler's Gamble. MacDonogh is a fluent writer, author of several books on German history. He has the gift for drawing on his research unobtrusively while maintaining a strong narrative pull. His book kept me up quite late one night because, once into it, I didn't want to stop until the story was done.

It's a grim tale, especially as it conveys a sense of the Nazis' grip ever tightening on the Jews, and yet there are surprises. Most notably, MacDonogh gives the impression that opposition to Hitler in Germany was stronger at this time than many other accounts suggest. It was in the course of 1938 that Hitler consolidated his power: his determination to do so can only be called a "gamble" if there was a real chance for failure. Could the British, for example, have done more to connect with high-level anti-Hitler elements before it was too late? That is certainly the conclusion that MacDonogh's telling urges on us.

Another surprise comes in the afterword. "The history of Central Europe in 1938 is, to some extent, the history of my family," MacDonogh writes. And here he tells us about the fate of his maternal grandfather's family, the Zirners and the Zwiebacks, who "had come to Vienna from Baja and Bonyhad in Hungary two generations before, when, following defeat in the Austro-Prussian War, the emperor finally allowed Jews to settle in the capital." In roughly five pages, MacDonogh tells the story of their descendants. It's a tiny narrative packed with fascinating characters and rich ironies and surprising twists of fate. It ends thus: "The Zirners and the Zwiebacks were lucky. They were rich and well-connected and were able to escape from Austria …. Only one of my close relatives perished. The painter Rudolf Rapaport abandoned his mentally retarded son when he fled to America. Martin Rapp was gassed at Hartheim in 1944."