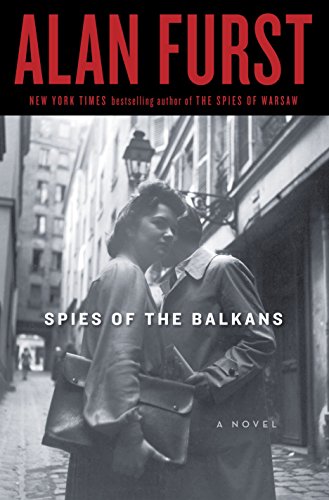 A new novel by the master of historical espionage.
June 2010

Spies of the Balkans is Alan Furst's eleventh book in the genre he has made his own, fusing the spy thriller with the historical novel. If the cunningly artless title—see also the book preceding this one, The Spies of Warsaw—reminds you of sun-faded volumes from the 1920s and 1930s, discovered on the shelves of a vacation home, you are on the right track.

Set in Salonika in 1940 and 1941, and ranging from there across Europe, Spies of the Balkans centers on Constantine Zannis, a quietly effective high-ranking policeman specializing in sensitive cases, many of which are channeled outside the routines of the criminal justice system. Just turned forty, Costa Zannis is a typical Furst hero: handsome (with an eye for women), supremely competent, worldly-wise, and possessed of a demanding conscience (about some matters, at least). With the threat of German invasion hanging over Greece, Zannis becomes involved in an operation that allows German Jews to escape to Turkey via Salonika. He does this, despite great personal risk, simply because it seems the right thing to do.

Furst is a poet of place, and this novel, like its predecessors, is loaded with lore and evocative detail, not only of Salonika but of Europe more generally during this period. Whereas many writers drawn to revisit the Nazi era seek to impress us with their unflinching gaze—how deeply they have plumbed the darkness!—Furst has chosen instead to tell stories that end well, stories that stand out by contrast against the bleak chronicles of evil and cowardice and suffering.