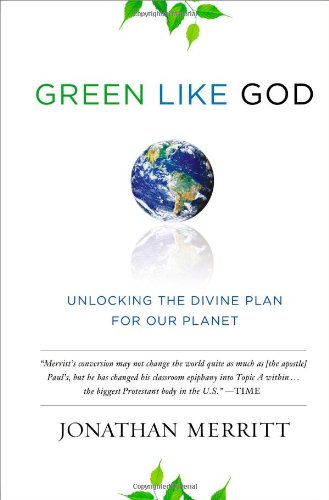 In his worthy attempt "to depolarize and depoliticize environmentalism," Merritt strikes a healthy biblical balance between the prevailing extremes. For example, "We have the right to use animals for food," Merritt argues, but not to "act in cruel, cavalier ways toward God's creation or inflict unnecessary suffering on any living creature." He explores the difference between "dominion" and "domination." He points out what should not need to be pointed out, that the Bible says in Psalm 24:1, "The earth is the Lord's," not "The earth is man's."

Throughout the book, Merritt's allegiance is clearly to the Bible first and to a faithful understanding of what the Bible teaches about man's rightful role in and over the earth. Though ample references to what some might argue are dubious studies, debatable statistics, shaky science, and questionable causal relationships might prove a stumbling block for certain readers, he stakes his position not on these but rather on his understanding of the Bible. Thus, in giving greatest credence not to pop environmentalism but rather to knowing and understanding biblical principles, Merritt makes the strongest possible case for a Christian view of stewardship of the earth. As "a follower of Christ," Merritt states, "what matters to me most is God's truth."

The weaknesses in the book tend to surface when there is a lack of care in wording or nuance of thought. Merritt's assertion, for example, that ill treatment has rendered much of the earth's land "unfit for farming" doesn't take into consideration how much of the earth's land is made up of rock or sand. (Should we blame the Creator for bad environmental planning?) In affirming Barbara Brown Taylor's observation that she doesn't need church to "encounter God" but can find him in nature, Merritt overlooks the purpose of corporate worship (be it in the pews or in the woods). He also states that the "Bible doesn't teach the sanctity of human life, but the sanctity of all life. Although plants and animals—from flowers to frogs—are not equivalents to humans, they remain creations of a God who loves them and has place value on them."

But such an assertion ignores the understood meaning of the phrase "sanctity of human life" (a notion which, like many of the concepts employed to clarify Christian doctrine, is not explicitly expressed in the text of the Bible but nevertheless is central within historical Christianity). And the book's bizarre subtitle ("Unlocking the Divine Plan for Our Planet") and the "Plan Points" at the end of each chapter smack suspiciously of a mid-level marketing manager's scheme to sell the book to fans of The Da Vinci Code and dieters as well as to Sunday School classes.

So be it. The more people who read Merritt's book, the better. Its release was timed to coincide with this year's Earth Day celebration. No one could have predicted that just one day before the release, the worst oil spill in U.S. history would take place. The spill's economic and environmental devastation, which escalates with each passing day, ought to convince every believer, even if this book won't, that we neglect stewardship of the earth at our own peril.