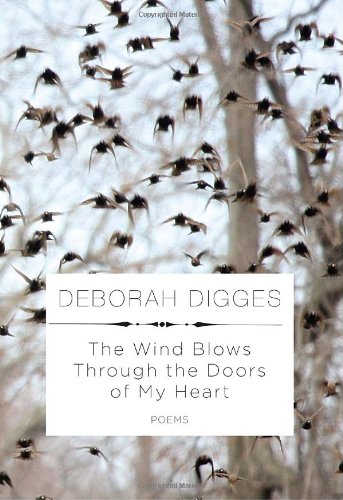 A look back at some highlights of the year.

If you are lucky enough to have work, then an average holiday may help you relocate a stillness. It's a time to take a few breaths, blink a little. Good holidays allow for conversation, communions of various sorts—with friends and family missed and neglected, and if it's really good, with voices from books, too. They can sometimes sound almost as keen as you are about your newfound attention, your extra stretch of time spent in just this way. They call out to you from the white winter of their pages.

The poetry world has been a lively place in 2010, although to use that word "lively" is to cause a pain, too, with one author treated below. More on that shortly. A few volumes that lived up to the "lively" billing this year include Terrance Hayes' Lighthead, recent winner of the National Book Award, and Catie Rosemurgy's The Stranger Manual. Many of her poems feature the memorable character Miss Peach, and overall the collection will remind readers of the importance of voice in lyric poetry. (All poems, in the lyrical mode, may be said to be dramatic monologues.) Rosemurgy's voices are by turns sad, dryly funny, threatening, and always captivating in The Stranger Manual, a full review of which will appear in the January/February 2011 issue of Books & Culture.

The new year may also be a good time to read new work by some of poetry's Big Timers: Here, new poems by the Polish poet and Nobel laureate Wislawa Szymborska, translated into English by Clare Cavanagh and Stanislaw Baranczak; Edward Hirsch's The Living Fire: New and Selected Poems, one of the year's most welcomed retrospective collections, along with Andrew Hudgins' American Rendering: New and Selected Poems; Gjertrud Schnackenberg's demanding new collection, Heavenly Questions; and the latest elegant volume by one of our most enduring men of letters, Richard Wilbur—his Anterooms also features versions of Horace, Mallarmé, Verlaine, and Joseph Brodsky.

The Scottish poet Don Paterson is hardly new or unknown in this country, but Rain (FSG) marks his major-press debut. Paterson deserves new readers, even as they will feel rewarded by his poems' striking voices and formal artfulness. Then there's the young poet Nick Lantz, who saw not one but two of his poetry books win prestigious, highly elusive book prizes: The Lightning That Strikes the Neighbors' House received the University of Wisconsin Press's Felix Pollak Prize, while We Don't Know We Don't Know was awarded the Bakeless Prize and appeared this year from Graywolf. Clearly his friends should ask Lantz to buy lottery tickets for them, although no such "luck-jokes" should take away from his lyrical talents, from the level of line to that of envisioning an entire book's intricate structure. We Don't Know We Don't Know takes its title from one of Donald Rumsfeld's memorable press-conference explanations, and Lantz's book-length interweaving of Rumseld's quotations with those from Pliny, the ancient author of Natural History, makes for one of the most inventively conceived poetry collections in recent memory.

Allen Ginsberg is not everyone's cup of tea, but he remains undeniably one of the most important postwar poets, who this year enjoyed a new day in the sun. He wrote his great counter-cultural cry, "Howl," fifty-five years ago, and this year a movie of the same name appeared, starring the young "it" actor and upcoming Oscars host James Franco. The poem is also freshly envisioned in Erick Drooker's Howl: A Graphic Novel. And Jack Kerouac and Allen Ginsberg: The Letters has just been published as well. Whether or not you enjoy reading the Beats, this breathless, affectionate correspondence features jazzy riffs of literati-talk, and an important cultural and literary record of major changes—in taste, in history, within various friendships.

Also in the category of "worthy prose by poets" is Natasha Trethewey's important new book, Beyond Katrina: A Meditation on the Mississippi Gulf Coast. A native of Gulfport and Pulitzer-winning poet, Trethewey enacts here both a physical homecoming, witnessing the gulf's slow recovery and stubborn signs of destruction, and an intellectual brooding—on memory (and loss of memories), dislocation, hope and justice. Trethwey's study joins Dave Eggers' Zeitounand Martha Serpas' The Dirty Side of the Storm (consisting of poems written almost entirely before Katrina, but meditating on erosion, dilapidation, and resilient cultures along the Gulf Coast) as important literary evocations of the region lately battered by storm and oil. See as well Josh Neufeld's A.D.: New Orleans After the Deluge, which presents a fresh, clear-eyed vision of Katrina and its aftermath in the form of graphic-novel reportage.