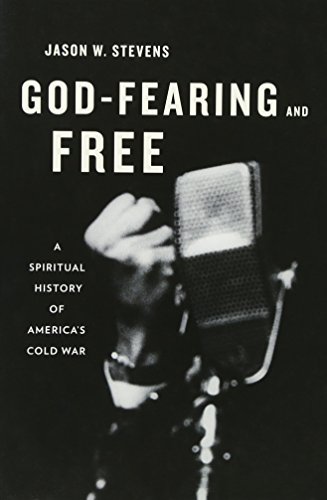 Barack Obama, as quoted in a widely cited New York Times column by David Brooks, called Reinhold Niebuhr one of his "favorite philosophers." When Brooks asked Obama what he had learned from Niebuhr, he answered, "the compelling idea that there's serious evil in the world, and hardship and pain. And we should be humble and modest in our belief we can eliminate those things. But we shouldn't use that as an excuse for cynicism and inaction." Obama is the most recent in a long line of liberal American leaders, ranging from Martin Luther King, Jr., to Jimmy Carter, who have noted Niebuhr's influence in their attempt to do good in the midst of evil without, as Obama put it, "swinging from naïve idealism to bitter realism." Yet to Jason Stevens, a professor of English at Harvard University, the traditional portrait of Niebuhr as the sad-eyed sage of the Cold War, a "courageously dissenting voice," is a hagiographic cliché that whitewashes his disregard for racial and socio-economic injustice and his apologies for "American imperialism." Reinhold Niebuhr, in short, was canonized for all the wrong reasons.

God-Fearing and Free is much more than a revisionist account of Niebuhr's influence. Stevens offers a cluster of intertwined arguments about the ethos of the early Cold War in America, and the relationship between that cultural mood and today's politics. In a wide-ranging study of the era's diverse approaches to questions of sin and evil, he finds both the origins of today's culture wars and the rationale underlying decades of "imperialistic" American foreign policy. And yet few politicians or policymakers grace these pages, despite the author's concern with the political dimensions of American intellectual life. Instead, in a daring display of interdisciplinary creativity, Stevens presents an array of figures rarely named in the same breath: Billy Graham and Lionel Trilling, Flannery O'Connor and James Baldwin, film noir directors and psychoanalysts. Their differences often ran deep, but all, Stevens argues, were "countermodernists." They disdained the previous generation's overconfidence in human goodness, a naïveté that fed the savage machines of 20th-century totalitarianism. Their "common language of mobile symbols, most especially original sin, innocence, and prophetic judgment," called on Americans to look evil in the face—although they did not always agree as to whether the worst devils lodged at home or abroad.

Stevens never explains what he means by his subtitle's nebulous term "spiritual." Although he includes several devout Christians, like Graham and O'Connor, for the most part he is not interested in matters of exclusive salvation or institutional worship, or in the New Age connotations that the word carries today. His strongest chapter, on the reception of modern psychoanalytical theory among American clergy, provides one vivid glimpse into how the era's intellectual trends shaped the average believer's ideas about redemption. But his strange omissions preclude a close look at more obvious places where ideas intersected with culture and geopolitics. If one "spiritual" factor indisputably influenced the worldviews of average Americans and the actions of political leaders, it was nuclear anxiety—yet the atom bomb and mutually assured destruction do not even appear in the index. This book is not about prayer, or fear of annihilation, but about brooding: the internal, humanward blame and absolution by which Cold War thinkers accounted for the malign principle in earthly life.

Billy Graham, of course, is no brooder. Yet Stevens casts him as an ally of Niebuhr, after a fashion. Both men were countermodernists who warned against liberals' trust in human innocence, perfectability, and the consecration of culture (here he shares some of the insights of Andrew Finstuen in his 2009 comparison of Niebuhr, Graham, and Paul Tillich, Original Sin and Everyday Protestants). In the contest to shape Americans' attitudes toward themselves and the world, Stevens believes, the revivalist and his "neofundamentalist" message of mission and covenant roundly defeated Niebuhr's more self-reflective vision. ("Neofundamentalist" is Stevens' term, and not a bad one.) Niebuhr, in this telling, was insufficiently radical. He was a defender of the establishment whose neglect of social inequality and cautious message of moral paradox offered no satisfying alternative to Graham's Manichaean vision of Communist evil and reborn American godliness. Stevens' Niebuhr is a servant of the intellectual élite whose failure to inspire the American public enabled Graham's ascent as the godfather of the Religious Right.