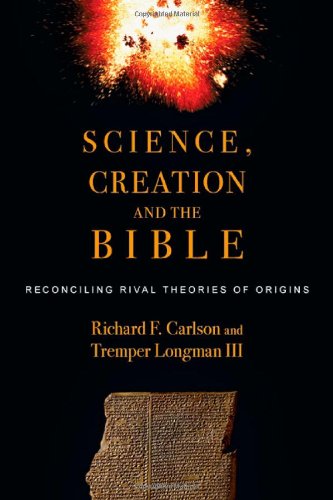 Science and Scripture: beware of simplifiers.

What hath the Book of Scripture to do with the Book of Nature? If you are listening to the anxious voice of Albert Mohler, president of the Southern Theological Baptist Seminary, the answer is emphatic, as he declared in an open letter to Karl Giberson, president of the BioLogos Foundation: "The theory of evolution is incompatible with the Gospel of Jesus Christ even as it is in direct conflict with any faithful reading of the Scriptures." If, however, you are listening to the reasonable voice of William Dembski, a senior fellow at the Discovery Institute's Center for Science and Culture, the answer is nuanced, as he writes in his new book:

Evangelicals tend to read the Book of Scripture with no drawbridge to the Book of Nature because it is perceived as a menace to their faith, thanks, in large part, to Darwin's Bulldogs and Rottweilers (Thomas Henry Huxley, Edward O. Wilson, Richard Dawkins), whose bark muffles the Cocker Spaniels (Alister McGrath, Michael Ruse, and John Polkinghorne). Finally, expert readers in these two books, Old Testament scholar Tremper Longman and physicist Richard Carlson, dare "to bring them into consonance so they are mutually illuminating and yet preserve their individual integrity," as Dembski advises. Overcoming the fortress mentality, with all of its fear and animus, Science, Creation and the Bible calmly, clearly, and convincingly shows that the Author of Scripture and Nature is not speaking out of both sides of his mouth.

Contemporary science—biology, cosmology, and geography—should lead us to question a "literalistic" interpretation of the creation story in Genesis, which embarrassingly produces not only bad science but also bad theology insofar as an Evil Genius appears to be playing a game of scavenger hunt with scientists, who are widely misled by the appearance of an old universe and evolutionary development. Of course, an appeal to consequences does not provide sufficient grounds for rejecting literalism. That is why the authors insist that a careful reading of Scripture is "a compulsory factor in resolving the conflict." Such a reading should be literal (attending to authorial intent, literary genre, original language, historical context, and sources) and analogous (interpreting Scripture by Scripture). Before they address the first two chapters of Genesis—the hornets' nest of hermeneutics—they explicate creation texts in the Old and New Testaments and sketch key features of Mesopotamian literature and culture.

By emphasizing the incarnational character of Scripture, predicated on the humanity and divinity of Jesus Christ, and the truth-telling capacity of nonliteral genres, Longman and Carlson help the reader accept their thesis: the creation narrative in Genesis—told in two different accounts, one focusing on the cosmos (Gen. 1:1-2:3) and the other on humanity (Gen. 2:4-25)—offers a cosmic history and founding myth of the ancient Hebrews for the purpose of expressing deep theological truths. In contrast to the deities featured in the creation narratives of their Near Eastern neighbors, Yahweh emerges as a supreme, benevolent, and intimate creator. The original response upon hearing this "primeval prologue" should also be ours: social solidarity as the people of God and liturgical exuberance for the glory and goodness of creation. When biblical readers assume that the text is meant to answer the how questions of science rather than the why questions of theology, they miss the entire point of the story—a blunder of the demythologized imagination, tantamount to assuming that Gulliver's Travels is a sociological report on dwarfs and giants.

While the authors are too early in announcing the rapprochement of science and Christianity, standing on the flight deck of USS Charles Darwin with the "Mission Accomplished" banner overhead, and too optimistic about cordoning off science from metaphysics, their short and accessible introduction deserves to be read by all those who still believe, despite the scientific evidence, that God created humans in their present form within the last 10,000 years—a conviction shared by almost half of the American population.

Christopher Benson writes on religion, culture, and the humanities for The Weekly Standard, Christianity Today, and Books & Culture.