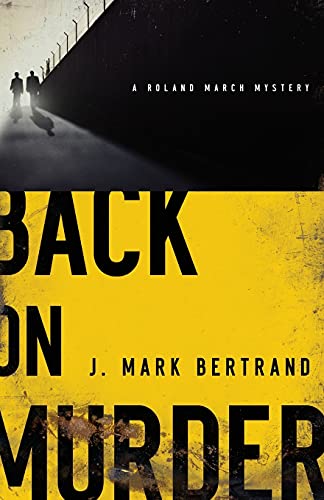 The promising debut of a gritty mystery series.

Perhaps some maven of crime fiction could tell us the average lifespan of a series (in number of books). New ones launch every month (with the second installment typically slotted to appear in a year or so), and the competition is fierce.

I know that I am already looking forward to the second book in J. Mark Bertrand's series featuring Houston police detective Roland March. To follow a series, you have to find the protagonist congenial. "Congenial" doesn't imply love and devotion, let alone complete sympathy with the character's opinions and predilections, but there has to be more than mere toleration: you will be spending a lot of time in his or her company. Other factors enter in too, of course: the locale and ambience of the series, the writer's way with words, and more.

In comparison to many crime series protagonists, Roland March is cast on a refreshingly human scale. If you are weary of fantastic exploits, you may find this a welcome change of pace, as I did. The Houston setting is perfect for such a character. When we first encounter March, he is struggling. Something that went awry on an earlier case has taken him off his usual beat—homicide—and he finds himself tasked with unenviable assignments. A break gives him a chance to get back to what he does best. March was appealing enough for me to overcome my resistance to novels narrated in the present tense. "I'll give it a few pages," I said, and ended up reading the entire book.

Something distinctive about this series: churchgoing characters and their faith figure naturally in the story, as they do in the lives of many Americans (including me) but only rarely in crime fiction. That's refreshing too. I'm ready for the next book.