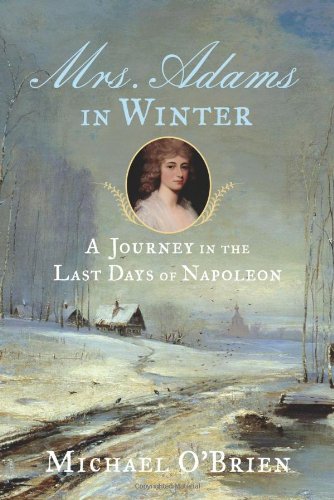 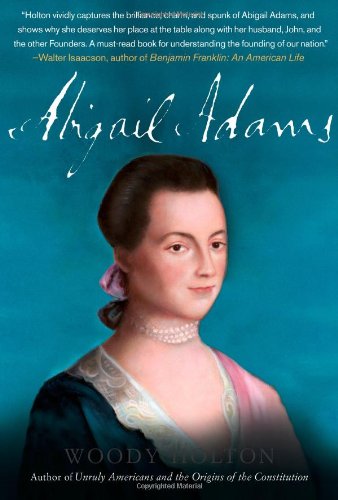 Portraits of the Adams women: Louisa and Abigail.

Historian Michael O'Brien, whom it is always a joy to read, first showed what he could make of the narratives women made from their own lives in An Evening When Alone: Four Journals Of Single Women In The South, 1827-67. Having left the topic of women's lives in order to write, inter alia, his masterful Conjectures Of Order: Intellectual Life and The American South, 1810-60, he now returns to a woman and the narrative she crafted as part of an effort to "understand where she had come from and where she had ended up, and how she had felt pain and pleasure."

The elegant conceit of this absorbing book is a journey: Louisa Catherine Adams' journey from St. Petersburg to Paris, where she would be reunited with her husband, John Quincy Adams, who had been helping negotiate the peace treaty that concluded the War of 1812. In reconstructing Adams' journey, O'Brien offers a portrait of an intriguing woman and a comment of sorts on early 19th-century culture, in particular on how we might think of "identity" in that period: both family identity and national identity. O'Brien is always ready with an astute analysis of narrative form. He reads Adams' letters to her in-laws as a sort of epistolary diary, and he subtly considers what she did with the form of travel writing; her account of her 1815 trek from St. Petersburg was not just a series of comments on scenery or a log of travel travails, but "a story about moving though a landscape of people … especially of women."

If you can't get enough of the ladies Adams, you should pick up Woody Holton's new biography of Abigail Adams. As they say, I couldn't put it down. Holton's treatment of Adams' relationship with money—her management of family finances, her claims to own and have the right to dispose money, coverture and convention notwithstanding—is particularly fascinating. (Speaking of money, if you want to wait for the paperback, it's due in June.)