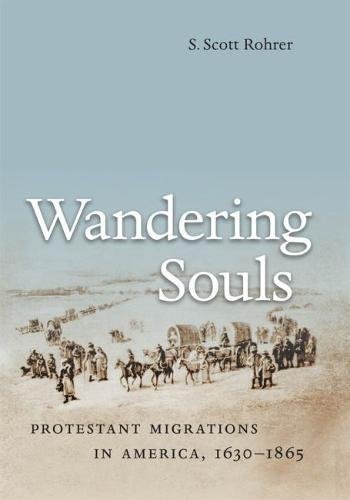 Protestant dissent and the habit of migration.

It has long been a commonplace that to understand American religious history it is essential to understand the history of immigration to the United States. From the ardently Calvinist Puritans of the 17th century through the dedicated German, Irish, etc. Catholics of the 19th century, to the Korean Presbyterians, South Asian Sikhs, and Hispanic charismatics of the 21st century, only the congenitally somnambulant could miss the many ways that immigration has worked to shape the nation's worshiping communities. Scott Rohrer's innovative study treats a related, but neglected phenomenon. By studying internal immigrations in early American history, he shows that movement from one place to another within the country were connected to the same levels of religious dynamism as have characterized immigration from abroad. His cases are Congregational migrations from Massachusetts to Connecticut in the 17th century, Scotch-Irish Presbyterian movement in many directions throughout the 18th century, Anglican migrations in Revolutionary-era Virginia and Moravian movement to North Carolina in the same era, Seventh-day Baptists leaving New Jersey and Methodists "invading" the Ohio River Valley during the years after the Revolution, and then in the 19th century Amana colonists from New York to Iowa and Mormons from the Midwest to Utah.

Rohrer's introduction nicely catalogues the two general types of Protestant-fueled migration (individual and communal) and the variations under each (first: search for New Birth, preservation of ethnic ties, protection of family with new land, effort at reform; then: escape from persecution, establish a utopia, mitigate internal conflict). His larger point about an elective affinity between Protestant dissent and migration is also well made. Following Rohrer as he explains how dissenting motives (against established churches) combined with the quest for opportunity (both spiritual and material) to fuel migrations in this earlier period is to raise a strong suspicion that serious study of later internal migrations would discover the same significance.

Mark Noll is Francis A. McAnaney Professor of History at the University of Notre Dame. He is the author most recently of The New Shape of World