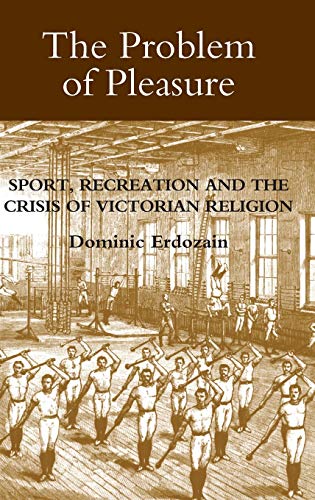 Although he does not cite Neil Postman, Dominic Erdozain's thesis is that the churches in late 19th-century Britain amused themselves to death. The background is the earlier evangelical war on pleasure. Evangelicals disproved of most forms of recreation—even sports were censured as unbecoming to the earnestness of a Christian man.

Evangelicals therefore gained a reputation for being killjoys, and eventually even they came to feel that some of their flat bans were untenable. Erdozain's real story is about the disastrous overcorrection. With remarkable rapidity, evangelicals went from lifting the prohibition on sports to facilitating recreation through official church programs to replacing the real work of the church with entertainment.

The change happened with pernicious subtlety, sometimes literally without people hardly noticing, but Erdozain is able to produce before-and-after shots as dramatic as any ever touted by a weight-loss company. His favorite case study is the YMCA. Who now remembers that it initially did not even contemplate offering sports but rather saw evangelism as core to its mission? Prayer meetings and the spiritual work of the Y declined precipitously. One branch eventually came up with the clever idea of simply shifting their recreational activities so that they now appeared in their annual report under the old, dwindling heading "religious influences." The churches themselves followed the same path to play: the laity shifted in mass from participating in prayer meetings to enjoying church-sponsored recreational activities. So many ministers talked so enthusiastically about how sport builds character and can be done to the glory of God that they really did convince themselves that this was the spiritual work of the church. Too late did people begin to wonder how lads can play soccer unto the Lord when no one has ever bothered to catechize them about who God is.

Timothy Larsen, McManis Professor of Christian Thought at Wheaton College, is the author of Crisis of Doubt: Honest Faith in Nineteenth Century England (Oxford Univ. Press). His new book, about the Bible in the 19th century, is forthcoming from Oxford University Press.