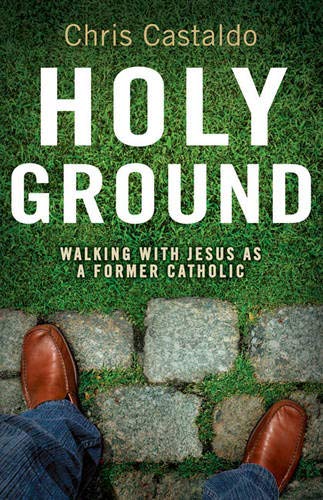 A conversation about Catholics and evangelicals—agreeing to disagree, agreeably.

Chris Castaldo, pastor of outreach at College Church in Wheaton, Illinois, understands the nuances better than most. Raised on Long Island, Castaldo was a full-time fund-raiser for the Catholic Church. Now he is the author of Holy Ground: Walking with Jesus as a Former Catholic (Zondervan, 2009).

Chris, you come from a Catholic family and used to raise funds for the Roman CatholicChurch. Now you're a pastor in a large suburban church in Wheaton, Illinois, the "evangelical Vatican." How did you get from there to here?

I tend to see myself as a modern-day Mr. Magoo: not particularly clever or intentional, but, despite myself, guided by divine oversight. Memories of my childhood parish are positive. Father Tom was (and is) a great pastor who loved us deeply. Then I embraced evangelical faith.

While working in the Catholic Church, I drank a lot of coffee with priests—Jesuits, really smart ones. We'd debate theology and they'd hand me my head, nicely of course. Frustrated by my inability to articulate an answer for my faith, I went on to do ten years of theological study between Bible college, seminary, and grad school, and since 2003 I've served as the pastor of outreach at College Church in Wheaton. As a result, I can say with confidence that I'm not Catholic! However, just because I now disagree with Catholic doctrine doesn't mean I can't love Catholics and continue to learn from them.

Why did you write Holy Ground?

It is mostly an outgrowth of my ministry at College Church. Several years ago I noticed that some people in our community were approaching Catholic friends in one of two ways: either attacking them like foaming-at-the-mouth pit bulls, or with such open-mindedness that their brains seemed to have fallen out of their heads. Therefore, I taught a class entitled "Perspective on Catholicism" intended to bring a more biblically informed balance. With John 1:14 as our model, the class sought to emphasize the need to follow after Jesus' example of "grace and truth." The material eventually became a manuscript and, thanks to Zondervan, Holy Ground was born.

What has been the response from Catholics?

So far it's been positive. Most of them seem to realize that Holy Ground is a pastoral work intended to bring understanding and healing, not an invective or diatribe. I had Catholic authors, scholars, and laypeople reading the manuscript from the very beginning to ensure that its propositions are not only accurate but also convey genuine courtesy and respect.

It seems that many evangelicals are heading "back to Rome," headlined by Frank Beckwith. How significant is this trend?

Frank Beckwith has become a friend. When we cooperated in Wheaton College's Penner Forum on September 3, folks lined up to say hello and give us the privilege of signing our respective books for them. It was hilarious. Frank and I were standing directly beside one another when Catholics on his line testified to how God had led them "home to the Church," while just six inches away people explained to me how God had "saved them from their Catholic background." Based on the size of Frank's line, I'd say that the movement is significant, although I don't think it's nearly as large as the migration that's going in the opposite direction.

I see four reasons why Protestants swim the Tiber, that is, move toward the Catholic Church: a deeper expression of reverence, perceived unanimity in regard to authority, a traditionally rooted liturgy, and a more robust moral theology. There are of course entire books written on how evangelicals should learn from Catholics in each of these areas. I would agree that there are some important lessons for us to learn.

At the same time, evangelical churches have often grown by adding members from Roman Catholic backgrounds. Why do most Catholics who switch do so?

From my research and personal experience it comes down to religious authority. Where is the proximate authority for Christian faith: the magisterium or the text of Scripture? The first half of Holy Ground unpacks this question by explicating five popular reasons why Catholics make the switch: ministry calling for laypeople, relationship with Jesus over rule-keeping, direct access to God, Christ-centered devotion, and grace over guilt as the proper motivation for obedience.