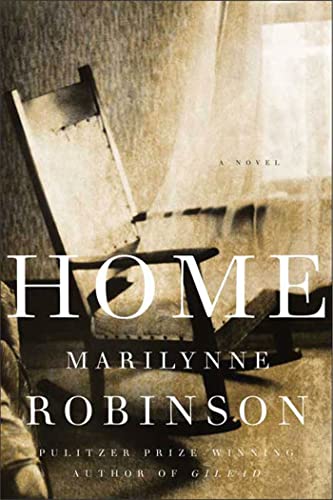 A sequel—or a companion—to Gilead, a very different book and just as astonishing.
September 2008

In all her work we have the writer as magician. She's making a concoction of her own invention, and if she doesn't know if it will turn the one who drinks it into a fairy princess or blow the place to smithereens, well, those are risks she is prepared to take on our behalf. Perhaps that hints at her distinctive. She has been the sort of reader in her life who knows the possibility of writing. She takes nothing lightly, but there is lilt and charm for all of that. She can be light precisely because she knows the stakes are high, because she has cared enough to take the measure of the thing. And, she has the requisite humility to say, "There are things worth believing."

So then. How to end a tribute so deserved? Why, the only way that makes any sense at all. To copy out the final sentence from this book, to speak aloud the words and hope to live in what they mean. Her last word:

The Lord is wonderful.