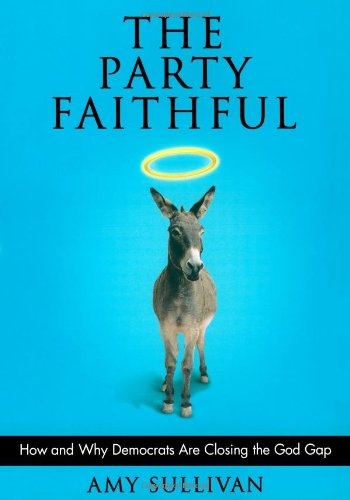 A report on the evangelical Left.

It is at this point that Sullivan makes one of her very few missteps. Suspending her narrative of the evangelical Left to tell of Democratic hostility toward religious conservatives, she ignores an equally salient narrative—that of internal evangelical fragmentation, specifically the role of identity politics layered on top of an already diverse evangelical social agenda. There were clear signs, even in the first Thanksgiving Workshop, of deep cleavages within the nascent evangelical Left along gender, racial, and theological lines.

The first evidence of dissension at the 1973 Workshop came from African American participants who perceived hints of "evangelical triumphalism" in opening remarks by Ron Sider, the organizer of the Workshop and future author of Rich Christians in an Age of Hunger. How could Sider justify celebratory rhetoric, they asked, on behalf of a tradition that failed to embrace the civil rights movement? Very quickly, remembers Sider, "the lid blew off." Black participants sharply attacked the committee for including only one black on the committee. Then over a separate lunch of turnip greens and ham hocks prepared "for atmosphere," they drew up an alternative statement more radical than the original. Palpable tension permeated the workshop through the first evening. When delegates entered the dark streets after the day's final session in search of a snack, they traveled in two groups, one all white, the other all black, both venting their "frustration in angry separation." The next day spirits lifted as participants approved section after section of the reworked document. By the evening, some blacks and whites went out to enjoy soul food together. Still, a divisive tone had been set.

Women also asserted their identity. In a workshop dominated by high-powered evangelical executives and scholars, one delegate felt as if "she had walked into an Eastern men's club." The men, complained Nancy Hardesty of Trinity College in Deerfield, Ill., "tended to be insensitive to women as people." Dr. Ruth Bentley was listed a participant, but as chairperson for an afternoon session she became "Mrs. William Bentley." Even worse, CWLF's Sharon Gallagher objected, women were "commanded to speak and then expected to shut up when the men felt the issue had been covered. It seemed easier for the establishment men to be gracious toward the blacks they probably rarely had to deal with, than with status changes that might affect women, their own personal house niggers." When Hardesty, co-author of the influential All We're Meant to Be, and Gallagher discovered that there was no mention of sexism in the first draft of the Declaration, they formed an emergency caucus with the only five women in attendance. While delegates in the plenary sessions mostly affirmed the caucus's demands to condemn sexism and affirm the Equal Rights Amendment, a substantial minority balked at women's ordination.

Pacifists also hijacked the Workshop. Mennonite John Howard Yoder, president of Goshen Biblical Seminary, said, "Blacks have a paragraph they can redo; women have a word they can redo; but there is nothing at all about war. It contains something about the military-industrial complex being bad for the budget, but nothing about it being bad for the Vietnamese." Yoder, supported by Sider, on faculty at the Brethren in Christ-affiliated Messiah College; Jim Wallis, editor of the Post-American; Dale Brown, former moderator of the Church of the Brethren; and Myron Augsburger, president of Eastern Mennonite College, persuaded delegates to insert the following statement: "We must challenge the misplaced trust of the nation in economic and military might—a proud trust that promotes a national pathology of war and violence which victimizes our neighbors at home and abroad."

These emerging sexual, racial, and theological identities only heightened. At the third Workshop in 1975, Moody Monthly reported that "the mood of many workshop participants was not amenable to 'integration' or 'cooperative ministry.' " Anabaptists—inclined toward prophetic idealism—and Calvinists—inclined toward participation in and infiltration of political structures—intensified a dispute over political methods. By the late 1970s most Calvinists had left Evangelicals for Social Action, the institutional heir of the Workshops, to form the Association for Public Justice. At the same time, black participants sharpened their separatist posture. And evangelical women began to direct most of their resources into the growth of the Evangelical Women's Caucus. EWC soon boasted a dozen regional chapters and periodic national conventions that attracted nearly 1,000 delegates.