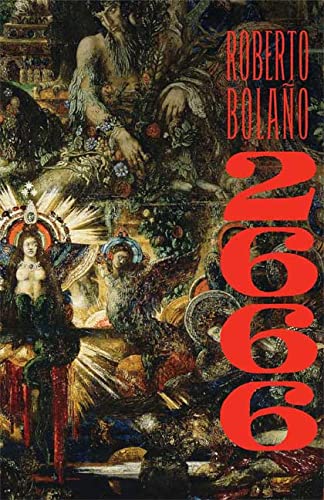 The Imagination of Man's Heart

A novel that belongs in the company of Infinite Jest, Ulysses, and War and Peace.
November 2008

For fifteen years, young women have been disappearing in Juarez. They share a phenotype (petite), an economic status (marginal), and a fate: their bodies turn up weeks after their disappearances, usually raped, often mutilated. The confirmed death toll numbers in the hundreds. Journalists who investigate the killings receive death threats and find themselves tailed by well-dressed men; women who try to report their daughters' disappearances find themselves laughed out of the police station. Few arrests have been made, and the resulting trials, even rarer, are rife with evidence tampering. In 2006, as the body count reached a statistical peak, the Mexican government announced that its investigation was concluded.

Theories abound, the most persuasive of which (to my mind) comes from gutsy El Paso journalist Diana Valdez Washington: she argues that Juarez law enforcement has more or less ceded the area to Mexican drug cartels, whose operatives are now free to thrill-kill ad libet. But there are more sensational explanations on offer, and one of the most persistent is this: that the women are victims of a well-connected snuff filmmaking ring. This theory, though it lacks much in the way of support—Amnesty International has condemned it as sensationalist and distracting—is one of several entertained by Roberto Bolaño in his massive novel about the killings, 2666 (first published in Spanish in 2004, and just released in English translation). Why are these women disappearing? Bolaño answers: they are the victims of a genre. As with the racial-hygiene fantasies of the fascists, or the absurd geometries of Borges' Tlon, the snuff film takes a bad, impossible story—in this case, the Sadean melodrama of total dominance over others—and imposes it on reality.

The human imagination is a grave problem. Animals in a so-called state of nature may kill each other for food, but they won't, like the Nazis, wipe out six million of their own for the sake of a fairytale. Only creatures with the power to tell stories can work destruction like that. Perhaps that's why Bolaño entire novelistic output—written mostly in a ten-year spasm of activity before his early death from liver failure—seems to revolve around artists, and, crucially, why his own imaginary products resist closure so successfully.

Both the dangers and riches of imagination are well illustrated by 2666, a sprawling, digressive work which begins with the casual near-murder of an Arab taxi driver and ends in the contemplation of Nazi atrocities. Along the way we're treated to: a boxing match; a Jules and Jim-style love triangle; an ex-Black Panther's bestselling cookbook; a daring midnight rescue; the bewildering domestic tragedies of a minor Mexican writer; several love affairs; several detective plots; several searches for vanished artists; a detailed recounting (with critique!) of the plot of the Japanese horror movie Ringu; a painter who severs his own hand and nails it to the center of his canvas; a Nazi soldier's idyll in a Romanian castle; some pretty good jokes; the brief and fraudulent career of a Soviet sci-fi hack; a manhunt for a church desecrator; a fictionalized account of the Juarez murders that manages to be moving, enraging, numbing, and engrossing all at once; and some of the finest sentences ever written by a mammal. These strands are spread out over five novella-length sections and almost nine hundred pages of text, and they all converge on the border city of Santa Teresa, which is Bolaño stand-in for Juarez.

Bolaño never loses his focus on the power and danger of the human imagination, of the urge to make sense and sentences. In the opening section of the novel, two European academics are drawn through the Sonora desert by twin fantasies: that of possessing their beautiful colleague, Liz Norton, and of obtaining some contact with the object of their scholarly careers, Benno von Archimboldi. In both cases, the stories they construct for themselves have destructive and unpredictable effects on those around them, though, in the end, both Norton and Archimboldi manage to escape from the two men's clutches. The second section features Amalfitano, a minor Mexican academic and Archimboldi translator who lives in Santa Teresa; he is gradually entrapped by the hypertrophy of his own imagination, so distracted by the voices in his head that he cannot see the increasing danger that the desert city holds for Rosa, his daughter, who returns in the book's third section as part of the entourage following American journalist Oscar Fate as he tries to unravel the mystery of the Santa Teresa murders.

The fourth part obsessively, and with great power, iterates the history of those violations, one woman at a time. It examines many proposed explanations of the killings but settles on none, even as it strongly suggests that the accepted stories—the closed, official verdicts that insist the murderers have been caught, even as the murders continue—are irredeemably wrong. In the book's final section, which is both Bolaño ars poetica and, in some ways, his masterpiece, we learn, at last, who Benno von Archimboldi is, and how he ended up in Santa Teresa. Still, no final closure is offered—and what else would we expect from a book that has warned us, for much of its considerable length, of the dangers attending imaginative closure, whether in the form of bogus verdicts or murder movies.

"Formless" is a word that (perhaps not surprisingly) often recurs in discussions of Bolaño. Like its predecessors Distant Star and The Savage Detectives, 2666 has already been greeted with this epithet, and the novel even seems to prepare its own defense with its praise of "great, imperfect, torrential works." But, as fans of Captain Beefheart or Robert Altman already know, powerful visions of formlessness arise paradoxically from the artist's persistent, minute, persnickety attention to form, and 2666 is likewise held together by its massive theme and by several repeated motifs, as well as by the unmistakable Bolaño sentence: endless, digressive, leading to stories within stories within stories (which often mirror each other, bringing us back again to Borges), but with a rhythm that feels identifiable and, after a while, unifying in the very predictability with which it continually diverges. His style has been called "dreamlike," but it resembles much more nearly that point in an interminable late night out when everything begins to feel arbitrary, surreal, and sinister, when the world starts to feel like an old French movie slipped loose from its soundtrack. Here is Amalfitano, the hapless would-be hero of the novel's second section, who has (for reasons unclear to himself) hung an obscure book of poetry entitled the Testamentageometrico from his clothesline:

At that same moment the Santa Teresa police found the body of another teenage girl, half buried in a vacant lot in one of the neighborhoods on the edge of the city, and a strong wind from the west hurled itself against the slope of the mountains to the east, raising dust and a litter of newspaper and cardboard on its way through Santa Teresa, moving the clothes that Rosa had hung in the backyard, as if the wind, young and energetic in its brief life, were trying on Amalfitano's shirts and pants and slipping into his daughter's underpants and reading a few pages of the Testamentogemoetrico to see whether there was anything in it that might be of use, anything that might explain the strange landscape of streets and houses through which it was galloping, or that would explain it to itself as wind.

This sentence is, itself, not a bad description of the Bolaño sentence in general—rippling through cities, books, and women's underwear alike (there is quite a bit of eroticism in his work), searching for an explanation of its own urge to mean.

Early in 2666, there's an exchange between two of the Archimboldians and Amalfitano, about the latter's exiled condition:

"Exile must be a terrible thing," said Norton sympathetically.
"Actually," said Amalfitano, "now I see it as a natural movement, something that, in its way, helps to abolish fate, or what is generally thought of as fate."
"But exile," said Pelletier, "is full of inconveniences, of skips and breaks that essentially keep recurring and interfere with anything you try to do that's important."
"That's just what I mean by abolishing fate," said Amalfitano.

And toward the end of the novel a character describes the necessary "immaturity" of good art. Remarks like these form a sort of running self-explanation on Bolaño part. Storytelling that avoids destructiveness will, he suggests, have skips and breaks that interfere.

That Bolaño tackles all this is impressive. That he does so in a way that grips the heart is astonishing, and lands this book on the same shelf as Infinite Jest or Ulysses or War and Peace, books that have nothing in common except that they lived down their early reputation for formlessness. In this massive meditation on the evils of the 20th century, we have the first indisputably great novel of the 21st.

Phil Christman is a graduate student in the MFA program at the University of South Carolina.