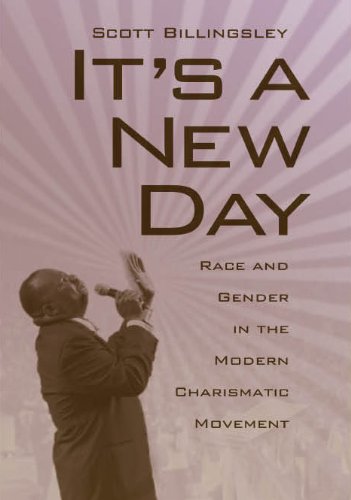 Our Turn to Prosper

Some charismatic leaders have used their hard-won opportunity to preach a message in step with prevailing American materialism.

Last fall, Senator Chuck Grassley (R-Iowa) opened an investigation into the finances of six of the United States' most influential ministries. Lavish spending by Kenneth and Gloria Copeland, Joyce Meyer, Paula White, Benny Hinn, Creflo Dollar, and Eddie Long had caught the attention of the ranking Republican on the Senate Finance Committee. Responding to reports that these ministers might be abusing their tax-exempt status, Grassley asked for detailed financial information about their credit card spending, luxury cars, and palatial vacation homes. A few promised to comply with the investigation; most did not.

Despite the controversies surrounding these ministers, there is no doubt that they have played influential roles in shaping the modern American charismatic movement. Their work, and that of a select number of charismatic allies, is the focus of Scott Billingsley's fascinating book It's a New Day. Billingsley, an assistant professor of history at the University of North Carolina at Pembroke, downplays the scandalous rumors dogging certain charismatic leaders and instead focuses on their contributions to American religion. According to Billingsley, charismatics' recent mainstream success can be attributed to their promotion of female and African American evangelists, use of technology, exploitation of the megachurch trend, and strong leaders. In particular, he argues that modern charismatic leaders built on the civil rights and feminist movements by "taking socially and theologically liberal ideologies" about race and gender "and adapting them to fit the sensibilities of conservative evangelical audiences."

To support this argument, Billingsley traces the origins and evolution of Pentecostalism. Providing brief biographies of such pioneers as Aimee Semple McPherson, Oral Roberts, Kathryn Kuhlman, and A. A. Allen, he demonstrates that women and racial minorities provided important leadership to the movement. He also profiles Kenneth E. Hagin, who "provided the theological and philosophical foundation for most of the new [charismatic] ministers." Indeed, Hagin is a central figure in this narrative—so much so that his life and influence beg for further exploration. He laid the foundation for "Word of Faith" ideology, teaching Christians to "determine God's will for their lives, verbally confess God's promise for a particular need, and believe that God has already promised a solution to their problem." Among God's promises, Hagin believes, is health and material prosperity in this life as well as the next. That God wants his people to be rich is an idea that has come to define one prominent strand of the modern charismatic movement.

Billingsley attributes the popularity of women evangelists such as Daisy Osborn, Freda Lindsey, Gloria Copeland, Marilyn Hickey, Paula White, Joyce Meyer, and Juanita Bynum to their weaving of charismatic theology with feminist ideas about women's roles. According to him, these women "served as cultural mediators—religious entrepreneurs—marketing secular ideas about sexual equality to an increasingly receptive audience, and presenting those ideas in traditional conservative language." But what part of the feminist movement did they adopt? Certainly not the idea that men and women are essentially the same or that gender is a social construction. Like their predecessors dating back to the Azusa Street revivals, "They embraced the 'superwoman' ideal, modeling for women how to have it all by being good wives, mothers, businesspeople, and public leaders." Emphasizing men's and women's inherent differences, they opposed modern feminism while believing nevertheless "that men and women should receive equal treatment in the church and society." Despite Billingsley's efforts to tie these ministers to feminism, they actually look much more like antifeminists in the mold of Phyllis Schlafly, advocating equality while emphasizing women's inherent uniqueness.

Billingsley believes that African American preachers have also benefitted from the social revolutions of the 1960s by combining the legacy of classic Pentecostalism with the achievements of the civil rights movement. But unlike civil rights-era ministers, Frederick K. C. Price, T. D. Jakes, Creflo Dollar, Keith Butler, Carlton Pearson, and Eddie Long have ignored the deep-seated structural inequalities built into American capitalism and the ways in which these inequalities have disproportionately hurt people of color. Instead, they preach an anti-government, self-help, pull-yourself-up-by-the-bootstraps, prosperity gospel.

Indeed, Billingsley's efforts to link the work of these evangelists to the civil rights movement, like his attempt to connect female evangelist to the feminist movement, are unconvincing. As Billingsley himself acknowledges, many black charismatic leaders "clearly embraced the theological and political conservatism of modern white evangelicalism." And that is where they differ from the civil rights movement. While these ministers benefit from the movement in that their race no longer prevents them from participating in mainstream American life, they have used their pulpits to preach a highly individualistic, laissez-faire consumerism that is at odds with much of what civil rights pioneers stood for.