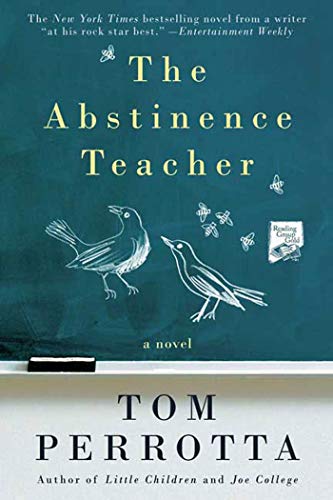 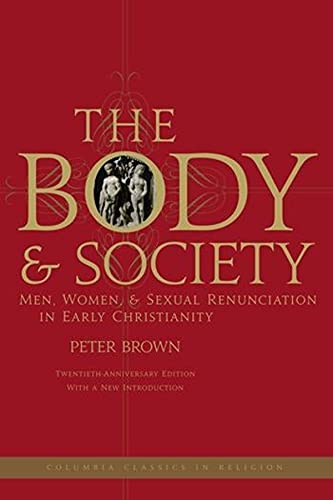 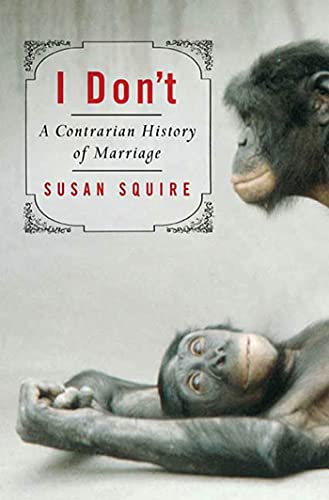 Abstinence Now and Then

In Tom Perrotta's more-or-less comic novel The Abstinence Teacher, published last year and now out in paperback,  an odd attraction develops between Ruth, a divorced feminist sex-ed teacher who hasn't been to bed with a man for two years, and Tim, an evangelical ex-doper whose wife is studying a book her pastor's wife gave her, Hot Christian Sex.

"Considering the somewhat puritanical character of the Tabernacle, the book turned out to be surprisingly racy," Perrotta writes. "The authors, the Rev. Mark D. Finster and his wife, Barbara G. Finster, proclaimed the good news right in the Introduction: 'For a Christian married couple, sex is nothing less than a form of worship, a celebration of your love for one another and a glorification of the Heavenly Father who brought you together. So of course God wants you to have better sex! And He wants you to have more of it than you ever had before, in positions you probably didn't even know existed, with stronger orgasms than you believed were possible!' "

There are no characters even remotely like the Rev. and Mrs. Finster in Peter Brown's magisterial The Body and Society: Men, Women, and Sexual Renunciation in Early Christianity. I had been reading some of the saints and doctors of the ancient church, and I was puzzled. Why, I wondered, did early monastics think they were honoring the Creator when they shunned the company of others and gave up most food, all sex, and even clothing and shelter? Why did a great saint, Jerome, write, "I praise wedlock, I praise marriage; but it is because they produce virgins"? Why did an even greater saint, Augustine, believe he had to be "continent," that is, to give up marriage and sex, in order to follow Christ? Why are there so few married people on the list of Catholic saints, even post-Vatican II saints? Hoping for answers, I picked up Peter Brown's recently reissued classic.

The answers he provided were not the ones I had hoped for. Brown didn't unearth any church fathers with "healthy"—that is, 21st-century—attitudes about the human body. He found no model marriages, no godly gourmands.  But instead of criticizing our forebears for supposedly unenlightened attitudes, he emphasizes the difference between the early Christians' philosophical context and our own. "I wrote this book so as to instill in its readers … 'a sense of salutary vertigo' about the Christian past," Brown explains in the introduction to the book's 20th-anniversary edition. "I wished to make them aware of a gulf between themselves and their own past that was wider than they, perhaps, expected it to be. It was a gulf that could be bridged only by showing, to that distant, Christian past, the same combination of wonder and respect that makes for fruitful travel in a foreign land."

If ancient Rome and Alexandria are foreign to most readers today, the world depicted in The Abstinence Teacher is depressingly familiar. Marriages fail. Children rebel. Coworkers fight. Most people drink too much. Almost nobody abstains from sex, which is likely to be recreational, impulsive, or adulterous (if other people are involved at all). Marital sex is either sad (Tim can't stop lusting after his first wife) or silly (see Hot Christian Sex above). If you enjoy a book whose characters are likely to live happily ever after, The Abstinence Teacher is not for you.

And yet it is a sweet book whose flawed, wistful characters look for, and occasionally find, love. Though religious people are teased, they are not ridiculed. A Jewish environmental lawyer with a "Don't Blame Me—I Voted for Kerry" sticker on his Audi says to Ruth, "You gotta give credit where credit's due. These Christians turn a lot of lives around. From what I hear, Tim was a complete wreck before he found Jesus."

Turning wrecked lives around—this is where the second century meets the 21st. Even more than Tim, who gave up drugs and alcohol and one-night stands but hung on to music and soccer and marriage, the early Christians believed that conversion to Christ meant literally passing from one mode of existence to another, moving from death to life. "Christ's victory over death had brought about a stunning reversal of the crushing flow of irreversible negative processes that made the tyranny of the demons seemingly irresistible on earth," Brown writes. "Sexuality edged itself into the center of attention, as a privileged symptom of humanity's fall into bondage. Consequently, the renunciation of sexual intercourse came to be linked on a deep symbolic level … with man's ability to undo the power of death."

While their neighbors fought death by founding families and perpetuating their names from generation to generation, some Christians believed they had already entered the immortal realms and therefore had no need to marry and produce children. For these Christians, abstinence was a sign of their new life. Others believed that it was acceptable to marry and beget children, but only in one's youth—and even then, the sexual act should be miraculously completed without any accompanying passion. "By the year 300," Brown writes, "Christian asceticism, invariably associated with some form or other of perpetual sexual renunciation, was a well-established feature of most regions of the Christian world."