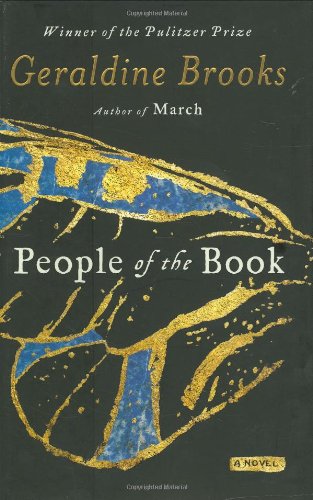 A mysterious manuscript in Sarajevo sheds light on the tangled history of Jews, Christians, and Muslims.

Geraldine Brooks—author of two terrific novels, Year of Wonders and the Pulitzer Prize–winning March—has outdone herself. Her newest offering, People of the Book, opens in 1996 with the arrival Hanna Heath, a 30–year–old book conservator, to Sarajevo. Hanna is there to work on an illuminated manuscript known as the Sarajevo haggadah. (A haggadah contains the liturgy for the Passover seder.) The manuscript's history, Hanna explains, is mysterious: it had come to the attention of scholars in 1894, when a man named Kohen offered it for sale, and a century later, academics knew little more than that it was created in medieval Spain. In 1992, at the start of the Sarajevo siege, the book vanished. People speculated that it had been fenced or destroyed, but in fact a Muslim librarian named Ozren Karaman had, at great risk to himself, secreted the codex away for safekeeping. Now, with the shelling of Sarajevo over, Karaman has revealed the book's whereabouts, and the UN, keen to make sure its binding is in tip–top shape so that the book can be displayed in a morale–building museum exhibit, has hired Hanna.

Hanna finds several unusual objects hiding in the haggadah's binding, including a scrap of insect wing and a white hair. Hanna is curious, and excited: occasionally, she explains, even the smallest breadcrumb found in a book's pages can help scholars recreate the social history of an individual book—where it was used, and by whom.

With that, we're off. Chapters move back and forth between Hanna's point of view and moments long past, in which the haggadah was owned, read, hidden, and coveted by different people—a Nazi officer, collecting objects for a museum dedicated to Jewish Studies Without Jews; a bookbinder in the late 19th century, commissioned to rebind the manuscript but so wracked with cancer (and anti–Semitism) that he is unable to do a good job; and so on. (Curiously, none of the historical chapters focus on the haggadah's being used at a Passover seder.) It is a miracle the book survived the Inquisition and the Holocaust. Of course, the haggadah is a synecdoche: it is a miracle the Jewish people survived those horrors, too.

As with any good mystery, the plot propels the reader. We want to know the story of this remarkable manuscript, and how it wound up home to a feather and a white hair, not to mention salt stains and splashes of wine.Â  Hanna presents her own compelling mysteries too, not merely a nascent romance with Karaman but also her fraught relationship with her mother. (If any character here is overdrawn to the point of caricature, it's Mommie Dearest.)

What makes People of the Book successful historical fiction, ranking alongside Brooks' earlier novels, as well as classics like The Name of the Rose and Beloved? For starters, Brooks has stuffed the pages with riveting history. There really is a Sarajevo haggadah: you can see it if you go to the National Museum of Bosnia and Herzegovina. It really did come to light in 1894, when a Jewish family desperate for money sold it, and it really was saved during the Bosnian war by a courageous Muslim librarian. And, of course, the larger historical events Brooks spotlights—from the expulsion of Spanish Jews to the murderous violence of Croatian Nazi sympathizers—were all too real. Throughout, Brooks strikes the right balance between historical fact and invention. Every chapter is laced with wonderfully vivid and intriguing details of daily life—who knew that Vienna's telephone operators were so unctuous? Happily, Brooks is not one of those writers who insists on giving a cameo appearance to every famous person who lived in the times and places about which she writes; the chapter set in fin de siècle Vienna would seem incomplete without a nod to Freud, but, thankfully, a nod is all we get.

The best historical fiction manages to illuminate the past while also commenting on the era in which the novel is written, and People of the Book poses questions that are both ancient and contemporary: how can people with different histories and different beliefs live together? How can they share countries, cities, neighborhoods, even houses? Will those in power ever extend true toleration to the "others" in their midst?

The Sarajevo haggadah itself poses those questions. The haggadah—which, in retelling the Passover story, recalls the oppression of one people by another—was probably produced toward the end of the fragile period known as the Convivencia, when Jews, Christians, and Muslims coexisted in Spain with a degree of toleration (if not exactly harmony). Insofar as Brooks is interested in how Christian and Muslim artistic impulses shaped the haggadah's illustrations, the haggadah suggests that, in Hanna's words, under the right circumstances "diverse cultures [can] influence and enrich one another." The haggadah also signals the fragility of those circumstances: the Convivencia ended, of course, with the 1492 Edict of Expulsion.