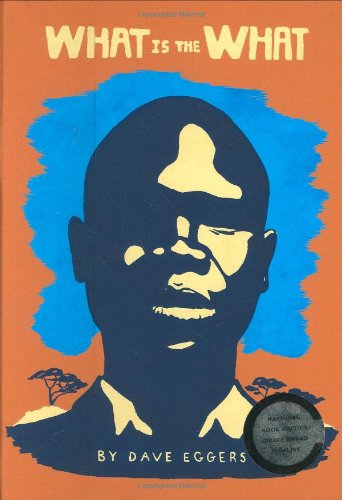 The Story of a Lost Boy's Story

Between 1984 and 2005, during the Second Sudanese Civil War, approximately 20,000 young boys, most of whom had lost their families either by death or in the confusion of war, walked from their homes in the Sudan to refugee camps in Ethiopia and Kenya.

Probably you have heard about these "Lost Boys"; their dramatic story has attracted a lot of media attention. And yet most of what we learn in this way—from news features, from talk–shows, and so on—is likely to have little effect beyond the moment. Such knowledge leaves us largely unchanged.

In his recent Nobel lecture, Orhan Pamuk, author of Snow and most recently Instanbul: Memories and the City, offers praise for another way of transferring the emotional impact of an experience. Pamuk talks about the power of stories to make  what is foreign and distant to readers a part of their own reality. He explains this transference of experience as a weight that is passed on: "it is the weight of literature," he says. He goes on to illuminate what he calls "literature's eternal rule": a writer "must have the artistry to tell his own stories as if they were other people's stories, and to tell other people's stories as if they were his own, for that is what literature is."

What Is the What, the new novel by Dave Eggers, author of A Heartbreaking Work of Staggering Genius, manages to be a "both, and" application of "literature's eternal rule." The story Eggers tells is not originally his own; it belongs first to his protagonist, Valentino Achak Deng, a Sudanese Lost Boy. But Valentino is not just a character in Eggers' novel; he is in fact a real person. After a few years of getting to know Valentino and collecting the details of his story, Eggers set out to write it. He found, however, that writing about Valentino in the third person was not an effective way of transferring the weight of his story to the reader. This led Eggers to rework the biography into a novel that tells Deng's story with Eggers' words.

And so Valentino's story is told, by Valentino, by Eggers. It is a story that is, at times, downright depressing, as one might expect the story of a Lost Boy to be. But Deng's story is also filled with moments of great joy. It follows him on his journey from his home in the Sudan as a very young boy to his relocation to the United States in 2001.

The novel begins in the present tense. "I have no reason not to answer the door so I answer the door." And as the reader walks through the figurative door into the story, a pair of robbers, an African American man and woman, walk through the actual door into Deng's Atlanta apartment. The couple tie him up with a telephone cord and rob him as he lies helpless on the floor. And from the floor Valentino begins to tell his story, transporting the reader to the Dinka village of Marial Bai, his family's home in southern Sudan. Valentino addresses his story to his assailants, though not aloud. And he speaks directly to the reader too, telling of those early days before the war reached Marial Bai: "there was life in these villages! There is life!" Very soon, however, those care–free days come to an end, and Valentino is hurled into chaos.

Back in his apartment in Atlanta, Deng has been knocked unconscious. He wakes hours later still tied up on the floor, but his assailants are gone. He is being "watched" by a young boy about the age Valentino was when he began his journey. He continues telling his story, addressing the boy. "Do you want to know when I left that place forever, Michael?" The chapter that follows details the burning and killing brought on by the arrival of the murahaleen, Arab raiders from the north on horseback. Separated from his mother, Valentino flees Marial Bai, running alone into the night. Eventually he joins a group of "walking boys" who meet and join another group, and this continues until they number in the thousands.

They walk from town to town, finding some sympathetic villagers who feed them and allow them a place to rest, as well as hostile residents who fear that harboring the children will bring the war to them. As Valentino and the Lost Boys make their way out of the Sudan to Ethiopia and eventually Kenya, Eggers charts the political layout of the land and presents it in a way that is accessible to the reader. The Arabs from the north, with the help of the government in Khartoum, are systematically exterminating the Dinka people of the south, who are protected, and at times antagonized, by the Sudan People's Liberation Army (SPLA).

By traversing the past and present, Eggers tells the story of Valentino telling his story. We meet a continuous flow of people who come in and out of Deng's life, lost for a time and then reappearing at a river crossing or a refugee camp, then removed again by relocation, death, or draft into the SPLA. Many themes span the distance between Valentino's story of the past and Eggers' narrative of the present. Among these are friendships that remain strong throughout the entirety of the journey, persistent doubts about a God that would let such things happen, and a love story that travels with Valentino from a refugee camp in Kenya to the United States.

What Is the What is a beautiful, heart–wrenching journey. It is a story of war, of struggle, and of coming of age. It is more than a novel, and it is more than a biography. It is true, and it is also truth. It is Valentino Achak Deng's story, told as if it was Dave Eggers', and yet it belongs to Eggers as well. It is a story that, once told, belongs to all people. The novelist and short story writer James Salter once said, only somewhat facetiously, "Man was very fortunate to have invented the book.  Without it the past would completely vanish, and we would be left with nothing, we would be naked on earth.This is the weight of Valentino's story, and it is the charge taken up by Eggers.

More than numbers and facts about a war in a country halfway across the globe, What Is the What is the story of one of our own, a real person, a character, protagonist, hero; a Lost Boy of Sudan alive and well somewhere in the United States.

Jonathan Fitzgerald is adjunct professor of English at Gordon College.