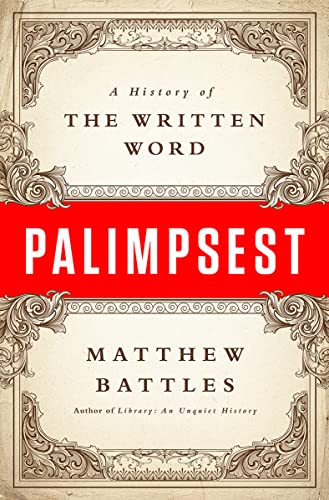 A Natural History of Writing

From cuneiform to computer keystrokes.
November/December 2015

Any given technology changes its meaning when alternatives to it arise: candles began to mean something different when gas lighting appeared; gas lighting began to mean something different when electrical light appeared. Associations form in the public mind with particular times, places, social groups—mental links that would have been impossible to forge without the clarifying power of contrast. This is not to say that technologies have no meaning until alternatives turn up: but the more universal they are, the less likely we are to reflect on them. The comment (I have heard it attributed to Huston Smith) that the only thing the world's religions have in common is that they all use candles is something that no one would have thought of before the advent of other forms of lighting.

Thus when digital technologies of reading and writing arose, soon thereafter people became intensely reflective about what had preceded them: books, paper, pens and pencils. E-readers make the distinctive features, the characteristic conformation, of books stand forth vividly; a world in which everyone types becomes a world in which pens can be fetishized.

The attention vector of any particular technology goes something like this: from ubiquitous and largely unreflective use to the subject of specialized scholarly research to the topic of personal and idiosyncratic reflections. So the history of the book became a serious scholarly subdiscipline starting in the second half of the 20th century, and emerged onto the general public scene near the end of that century: Alberto Manguel's A History of Reading (1996) marked, more clearly than any other single book, that emergence. Reviewing that book for this journal, I wrote,

Alberto Manguel's rambling, digressive A History of Reading is not exactly a history; more accurately, it's a series of often fascinating snapshots. Here we have a lector reading aloud to cigar rollers in a Key West cigar factory; there we have an account of great bibliokleptomaniacs (book thieves); and look, a photograph of Eleanor of Aquitaine's tomb, with its sculpture of Eleanor reclining, a book in her hands. Manguel provides chapters on iconography, translation, forbidden books, and the categorical schemes of libraries. Interspersed with such historical commentary are Manguel's reflections on his own life as a devout reader, including his vivid story of the evenings he spent as a teenager in his home town of Buenos Aires reading aloud to the blind and elderly Jorge Luis Borges.

It was then time for such an account: painstaking academic scholars had laid a foundation of knowledge on top of which gifted writers such as Manguel could erect more elaborate and idiosyncratic edifices.

Like Manguel, Battles is an elegant writer, full of curious facts and skilled at storytelling. Some of Battles' other work—he is a fine essayist—is devoted to what people today call "nature writing" but was for many centuries called "natural history": the history of a given environment, which, given climatic and geological changes, and variations in human and animal habitation, will inevitably be anecdotal and chaotic. So too with Battles' treatment of his subject here: he is a natural historian of writing, with all the idiosyncrasy that entails.

The book acquires some unity from two overarching concepts. The first is the one given in the title, the palimpsest: a piece of paper or parchment that has been overwritten repeatedly, leaving traces at best of what was first inscribed on it. (Here again the analogy to natural history is germane, as when a heavily forested tract of wilderness proves on close inspection to retain fragments of an old farmhouse's foundations, or some broken Roman tiles.) For Battles, the history of writing is in part the story of how people discovered the history of writing, or what they imagined about it:

A page of text, however freshly inked, will always be a palimpsest: beneath Roman letters, the Greek; beneath the printed serifs, the Humanist script and the column of Trajan; beneath the marble, the back-and-forth cadences of an ox pulling its plow through Mesopotamian earth. And as the palimpsest of writing reaches back into time, it wills itself forward as well into new forms—which, however they try to erase the old, are committed to bearing their traces.

Thus a chapter on Chinese writing describes not only what scholars now believe about its origins but also the speculations of the American scholar Ernest Fenellosa and how Ezra Pound's championing of those speculations shaped modernist poetry; the succeeding chapter tells us not just about Babylonian cuneiform but also about its deciphering in the Victorian era, and the discovery at the same time of the Epic of Gilgamesh—a poem that Saddam Hussein thought relevant to his own imperial ambitions. The history of writing is blank, then revealed, then effaced, then revealed again, differently. The very method here can be said to be palimpsestic.

The second governing concept of this book is the notion of writing as a magisterium—by which Battles means something like a means of concentrating and using power, or being subject to it. In a literate society, writing "is deeply interwoven in the individual minds and collective consciousness of we who read and write—so profoundly and intimately reorganizing the literate psyche that the manner in which it wields its power is all but invisible to us." In developing this point Battles retells a famous scene from Tristes Tropiques, the anthropologist Claude Levi-Strauss's great account of his time doing fieldwork in Brazil. When Levi-Strauss was working among the Nambikwara people, who were then completely illiterate, he gave his friends pencils and paper, which they immediately began scribbling marks on, in imitation of him. But the chief did something different: when Levi-Strauss asked him a question, he took up his pencil and in some sense wrote an answer, which he then handed to the anthropologist. I say "in some sense" because, though he did not know how to write, he clearly understood that the act of writing was a means of conveying meaning: thus, Levi-Strauss explains, "each time he completed a line, he examined it anxiously as if expecting the meaning to leap from the page," and was disappointed when it did not. But he handed the sheets to Levi-Strauss anyway, and, since he would at the same time begin giving oral replies, he and the anthropologist could keep up the pretense that the real exchange of thoughts was happening via writing. And the chief made a point of showing himself to his people in the posture of one reading, interpreting—and by demonstrating this apparent mastery of the dark arts of literacy, he was able to consolidate and even amplify his authority.

Levi-Strauss, as Battles notes, draws a melancholy conclusion from this scene and the history it causes him to reflect on: "The only phenomenon with which writing has been concomitant is the creation of cities and empires, that is the integration of large numbers of individuals into a political system, and their grading into castes or classes … . My hypothesis, if correct, would oblige us to recognize the fact that the primary function of written communication is to facilitate slavery." Battles comments that "Cuneiform would seem to confirm [these] jaundiced expectations … : its earliest texts celebrate and tabulate the spoils of war." Long before writing became a means of expressing ideas or images or emotions, it was a means of social, political, and economic control. It does not remain that way, and eventually it becomes magisterial in another sense: "inspiring new and ever-proliferating structures of imagination … . [W]riting is less a machinery of power and authority than it is a discipline, a mode, a school of thought." But that more straightforward sense of writing as power always lurks in the background here, at least; as it should.

In part because Battles is usually good on these points, his chapter called "Holy Writ" is the book's one real disappointment. It is largely occupied with an overview of biblical hermeneutics, which seems out of place here. He notes that Jesus does not write—except for the curious and inexplicable writing in the dirt in John 8:6-8—though his Father does (in several ways). Battles unconvincingly calls this difference "Oedipal," but I think he would have done better to explain Jesus' non-writing—we cannot say "illiteracy"—in the context of the scribal culture of Palestianian Judaism. There is much to be said about these "scribes," who are referred to often, though vaguely, in the Gospels, and to whom Jesus is always contrasted. "He speaks as one with authority," some observers say of him, "not like the scribes and Pharisees." Yet the scribes, in part because they were scribes, held an official cultural power that Jesus, the itinerant preacher, lacked; and there seems to be a balancing of writing and power on the one side, speech and authority on the other. The traditional associations of speech with presence and writing with absence, and speech with the fleeting and writing with the permanent—all so rich and multilayered and complicated—deserve more reflection here. "Yet a little while am I with you," Jesus tells his disciples, but then he also says, "Heaven and earth shall pass away, but my words shall not pass away." All this seems grist for Battles' mill, and I wish he had taken a course that allowed him to grind away at it.

But those reservations aside, Palimpsest is a book that gave me much pleasure and much food for thought. If what you want is a scholarly, meticulous, strictly chronological account of this subject, then Martin's History and Power of Writing is still the one necessary text. But on a subject as endlessly various and ramifying as writing, a book like this one—itself various, ramifying, imaginative, meditative, contemplative, humorous—should have and hold a valued place on the shelf.

Alan Jacobs teaches in the Honors Program at Baylor University. His The Year of Our Lord 1943 will be published by Harvard University Press.