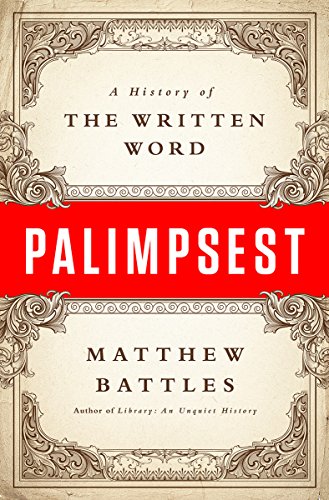 A Natural History of Writing

From cuneiform to computer keystrokes.

Any given technology changes its meaning when alternatives to it arise: candles began to mean something different when gas lighting appeared; gas lighting began to mean something different when electrical light appeared. Associations form in the public mind with particular times, places, social groups—mental links that would have been impossible to forge without the clarifying power of contrast. This is not to say that technologies have no meaning until alternatives turn up: but the more universal they are, the less likely we are to reflect on them. The comment (I have heard it attributed to Huston Smith) that the only thing the world's religions have in common is that they all use candles is something that no one would have thought of before the advent of other forms of lighting.

Thus when digital technologies of reading and writing arose, soon thereafter people became intensely reflective about what had preceded them: books, paper, pens and pencils. E-readers make the distinctive features, the characteristic conformation, of books stand forth vividly; a world in which everyone types becomes a world in which pens can be fetishized.

The attention vector of any particular technology goes something like this: from ubiquitous and largely unreflective use to the subject of specialized scholarly research to the topic of personal and idiosyncratic reflections. So the history of the book became a serious scholarly subdiscipline starting in the second half of the 20th century, and emerged onto the general public scene near the end of that century: Alberto Manguel's A History of Reading (1996) marked, more clearly than any other single book, that emergence. Reviewing that book for this journal, I wrote,

Alberto Manguel's rambling, digressive A History of Reading is not exactly a history; more accurately, it's a series of often fascinating snapshots. Here we have a lector reading aloud to cigar rollers in a Key West cigar factory; there we have ...