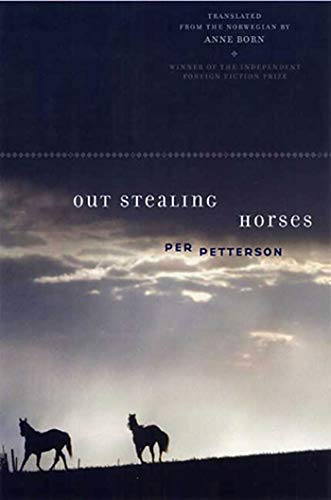 The Old Man and the Woods

A prizewinning novel from Norway.

Recently Per Petterson was awarded the International IMPAC Dublin Literary Award for his novel Out Stealing Horses; it is the world's largest literary prize for a single work of fiction published in English (including books translated from other languages). He has also been awarded the Independent Foreign Fiction Prize and two of the major Norwegian literary prizes (the Norwegian Critics Prize for Literature and the Booksellers' Best Book of the Year Award), and his novel was chosen by the editors of The New York Times Book Review as one of the ten best books of the year.

Out Stealing Horses is Petterson's sixth book, confirming his stature among the most important writers in Norway today. His style is laconic, understated; like Hemingway, he's a master of dialogue, and what remains unsaid is of central importance. There is always more in his sentences than meets the eye. Above all, he's an intensely physical writer; Out Stealing Horses has that special quality that lets the reader smell the novel rather than just read it.

A theme that runs throughout Petterson's books is relationships between family members. In his highly acclaimed novel To Siberia (which was also nominated for the IMPAC Award), Petterson takes on the perspective of a girl, but more typically, as in Out Stealing Horses, he focuses on the relationship between a son and his father. This is of course a well-known theme in literature, all the way back to Homer and Sophocles (not to mention Holy Scripture), and yet Petterson manages to make it fresh. Even when I read all his books in succession, as I have done, I don't feel that I am getting simply more of the same; rather I'm being led deeper into the heart of the matter.

Petterson differs from many of his peers in contemporary Norwegian literature, who have their roots in the radical Left of the 1970s. Unlike Dag Solstad, for example— probably the most famous living writer in Norway today—Petterson hasn't written on explicitly "political" themes. ...