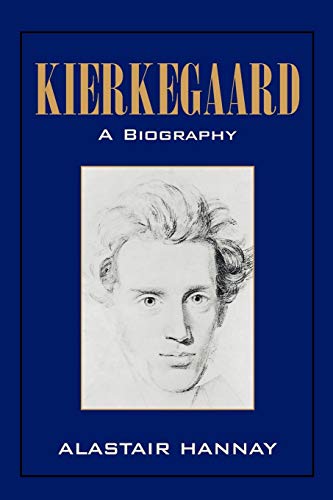 Kierkegaard Among the Biographers

The hermeneutics of suspicion.

Kierkegaard has not been well served by his English-language biographers. Walter Lowrie wrote two early biographies, one immense and full of long quotations from Kierkegaard's as yet untranslated works, and later the much-read and much-loved A Short Life of Kierkegaard. Though not completely uncritical (as a cleric Lowrie could hardly fully endorse Kierkegaard's later attack on the church), Lowrie's works are today often dismissed, too hastily in my view, as hagiography, since he certainly loved Kierkegaard and generally puts the best face possible on the famous episodes in Kierkegaard's life. Josiah Thompson swung to the other extreme in his biography The Lonely Labyrinth, debunking many of Lowrie's views and generally viewing with suspicion almost every claim Kierkegaard made about himself and his own work. (Thompson's suspicious nature ran deep; after writing his work on Kierkegaard he left academe and became a private investigator, author of Gumshoe: Reflections in a Private Eye, and a prominent controversialist about the assassination of John F. Kennedy.)

It is therefore noteworthy that two new biographies have appeared in the last several years: Alastair Hannay's Kierkegaard: A Biography, and Joakim Garff's much-praised Søren Kierkegaard: A Biography, translated from the Danish. Both books are the result of many years of work on Kierkegaard, and both have much to offer the reader. Neither, however, will supplant Walter Lowrie as my first recommendation for someone interested in Kierkegaard's life. Kierkegaard is still waiting for his ideal biographer.

Hannay, a British philosopher born to Scottish parents, spent most of his career teaching in Norway. He was a pioneer in studying Kierkegaard using the tools of analytical philosophy, author or editor of several important works, and has done a series of readable translations of Kierkegaard for Penguin Books. The current book aspires to be, in Hannay's own words, an "intellectual biography," one that looks to ...