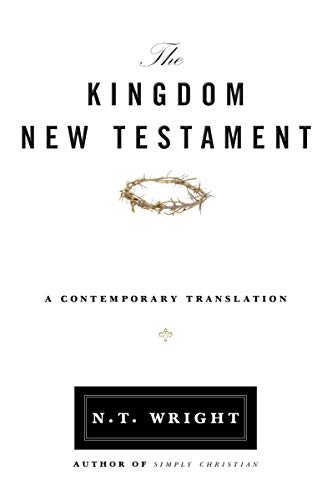 Time was when everybody understood a translation to be a more or less word-for-word transfer of meaning from one language to another—"or less" because grammatical constructions differ in languages foreign to each other and therefore sometimes require renderings looser than word-for-word. On the other hand, everybody understood a paraphrase to be recognizably freer: more thought-for-thought than word-for-word. But translation of the Bible increasingly into languages featuring grammatical structures far different from those of biblical Hebrew and Greek, and carrying cultural freight far different from that of the Bible, made word-for-word transfer a lot less feasible.

Along came the dynamic (or functional) equivalence theory of translation. For the sake of languages and cultures exotic to those of the Bible, this theory incorporated paraphrase into translation, so that even in English versions of the Bible the boundary between translation and paraphrase became as porous as the border between the USA and Mexico. You can even hear Eugene Peterson's The message, a paraphrase if there ever was one and self-identified as such, quoted as a "translation." The incorporation of paraphrase into translation may best be illustrated by the shift from the marketing of Kenneth Taylor's The Living Bible originally as "a paraphrase" to its being marketed now as The New Living Translation, though those who revised it (I was one of them) were told at the start to keep it recognizable as a paraphrase by Taylor.

In the wake of this development arrives The Kingdom New Testament (from here on KNT) by N. T. Wright, identified effusively in its back ad as "the world's leading New Testament scholar (Newsweek)" and accurately in its gatefold as "one of the world's leading Bible scholars." Duly distinguishing between translation and paraphrase, Wright asks, "Is this new version really a translation or a paraphrase?" and answers, "It's a translation, not a paraphrase." Why a new translation? Because language is constantly changing, so that "translating the New Testament is something that, in fact, each generation ought to be doing." (I leave aside the question whether for the present generation enough new translations have already been produced.)

KNT originally appeared in Wright's series of popular commentaries on the New Testament—Matthew for Everyone et al.—and therefore sports a colloquial style. I'll call Everyone "Joe the plumber" and "Jane the hairdresser." Or to suit today's American culture, should I say "Jane the plumber" and "Joe the hairdresser"? Either way, "J&J." And since Wright calls me "Bob," I'll call him "Tom." Colloquialism all around, then, so that KNT is to be evaluated at the level of J&J's everyday speech.

Tom's preface helpfully alerts J&J (1) to translators' often having to take interpretive stances on controverted passages; (2) to the use of gender-neutral English in KNT when referring to human beings in general; (3) to the omission of some verses because they're missing from the best manuscripts, undiscovered as yet when verse-by-verse numbering was instituted; (4) to the desirability of reading in one sitting large chunks of the New Testament for their "flow and pull"; and (5) to the need in careful study for two or three English translations, not just KNT, even if you know the original Greek (as J&J do not).

I grew up on the King James Version and thus find most efforts to "colloquialize" the Scriptures unsatisfactory, even common, and so I don't use colloqualial paraphrases for "devotional" reading (whatever that is) or any other purposes, although at one point in my early Christian life I did find the Phillips New Testament appealing. Thus, based on my own path, I applaud any effort to take the ideas and teachings of the God of the Bible to the public in any honest format. If a person is genuinely seeking to know God, then he has God's promise that God will reward the seeker with the truth, no matter what translation or paraphrase is being used.--Dan Bruce, The Prophecy Society

Clark, The Greek word is grammatically feminine, whatever the sex of the fox. But Jesus uses the term for Herod Antipas in allusion to Herod's being feminized (if I may put it that way) by his wife Herodias and the dancing daughter so as to have John the Baptist beheaded against his (Herod's) will. Getting this slur across in an English translation favors "vixen" (a female fox). English translations that use "fox," which is sexually ambiguous, miss this element in the slur. Robert H. Gundry