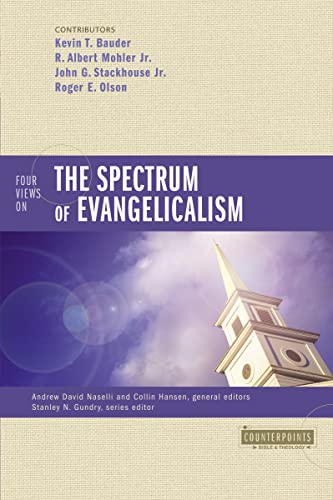 Every summer a group of 11 friends and I have a weekend long retreat together. We've known each other since college, when we met through Reformed University Fellowship at the University of Nebraska-Lincoln. We've been in each other's weddings, watched each other become parents, and talked through every issue imaginable; we've done it all, more or less, together. So we now meet yearly, coming together on a Thursday evening and returning to our homes on Saturday afternoon. We love to sing Josh Ritter and Derek Webb songs as well as a selection of old hymns. We also enjoy Woody Allen movies, the comedy of Eddie Izzard the Joss Whedon television show Firefly, The Princess Bride, and V for Vendetta. As a group, we can quote a half-dozen movies beginning to end as well as Eddie Izzard's entire Dress to Kill set.

Of course, when we met in college we didn't set out to define ourselves in these ways—who would? But over time we found a common pleasure in the folk songs and the eclectic mix of movies and TV shows, and it's evolved from there. At this point, after three years of annual gatherings and five years of friendship, they've become an essential part of who we are.

This brings me to Roger Olson's "postconservative evangelicalism." In Olson's reading of our tradition, evangelicalism is a center-set movement (meaning we have a focal point around which we orbit, but no defined parameters fencing us in). To Olson, this is an almost unambiguously good thing. In his view, it's less important to draw lines and more important to emphasize general commonalities and to extend a great deal of grace on matters outside those core beliefs. When we start drawing more boundaries we tend to go astray.

My own experience, however, suggests that such an approach is unrealistic and actually destructive of true community. While the center-set idea is not completely wrong, it does suggest that deep and abiding community can be created out of a general set of interests and values. But surely anyone who has experienced real friendship knows this is nonsense. If you do not define the boundaries of your group intentionally, they will simply present themselves to you, as they have with my friends and me. What's more, those boundaries are a good thing; they create the space in which our group exists.

Theologically we're a mostly homogeneous group of broadly evangelical Presbyterians, with a few in our midst who are more Anglican but who remain in the PCA because of the relationships we have in our local PCA churches. (I'll go ahead and out myself as one of the closeted Anglicans.) When we first met, many of us were uncertain about various theological matters. Several were Baptist, three were dispensational. Others of us had more basic theological questions. Emerging out of an anti-intellectual fundamentalist background, one day I would be questioning the necessity of the virgin birth and the next wondering if I could safely deny belief in the rapture. In this sense, we were initially an ideal example of a center-set group. We shared a common belief in the importance of Jesus and the uniqueness of Christianity. Beyond that, we had very little in common. But the important point is that we didn't stay in that place of uncertainty forever. As a group, we couldn't hold more definitive boundaries in abeyance forever.

Something very similar has happened in the history of evangelicalism. Early in the 20th century, the fundamentalists set up clear boundaries. Over time, those seemingly reasonable boundaries defining the community turned into a 50-foot-thick concrete wall with barbed wire running along the top, separating the good Christian people from all those evil sinners outside. In evangelicalism's first move toward a center-set identity, centrists like Billy Graham and Carl Henry tried to establish a middle road between the fundamentalists and the modernists. It was a move that lasted for awhile, but eventually boundaries crept in.

And if you want to know what those are, just ask your typical non-evangelical on the street to define evangelicalism. In most cases, you'll hear about opposition to abortion, same-sex marriage, conflation with the Republican Party, etc. It's an unfair attack because evangelicals have been at the vanguard of the movement against sex trafficking, tend to be among the chief supporters of homeless shelters, and are taking an increased interest in foster care and adoption. But such is the reputation we have, by and large. (This is especially true in the culture-making centers that James Davison Hunter discusses in To Change the World: major coastal cities, universities, arts communities, and the like.) It sounds nice to say that we're a center-set group that allows a great deal of diversity, and there's a grain of truth to that, especially in regard to question of systematic theology. But in questions of culture, community, and overall values, we are just as much a bounded set as anyone else. It's just that we don't always realize it. And what's particularly bad about our functional boundaries is that they have very little to do with the Gospel. Moreover, even when they do relate to the Gospel, the connections are seldom made explicit.

Rather than pursuing "postconservative evangelicalism," we would do better to emphasize the necessity of the local church and denominationalism while at the same time acknowledging the need Protestants have for a kind of unofficial umbrella category that focuses on similarities and creates limited but nonetheless valuable opportunities for collaborative action. There are several reasons this approach is preferable.

First, we need to emphasize the local church to protect the purity of the church and her message. As Olson notes, evangelicalism is an essentially activist movement. But the difficulty with that activism is that a) when it drifts too far from the local church, it tends to become co-opted into movements that are antagonistic to the church, and b) when it is attempted by a movement rather than an institution, it's generally not as effective. As evangelicals, when we attempt to act through a political party or a political action committee, we end up in some very uncomfortable and distressing places: Like saying that it's OK to torture suspected terrorists.

What is needed, then, is for our activism to be more explicitly tied to our specific churches. Here we ought to admire the example set by Catholicism, which has taken stances against both abortion and capital punishment. This isn't to say that evangelicals must oppose capital punishment too, but it is to say that we'd do well to learn from the independence of our Roman cousins.

Second, and more pragmatically, evangelicalism is a movement, not an organization. It has no magisterium behind it, no single body organizing it, no leader at its forefront. Olson sees this as a good thing, yet if we want our activism to come to anything, it's not. While there is something to be said for the soft power that a grass-roots movement wields, there is much more to be said for the ability of recognizable institutions with recognizable organization and leaders to actually create the sort of changes targeted by evangelical activists.

A few years ago, a group of a dozen evangelical churches in Lincoln, Nebraska, combined their resources to plant a church in a neighborhood just northeast of downtown. Within five years, that church plant had come and gone. At the same time, two particular churches from that group also planted churches in similar neighborhoods. Both of those church plants are thriving, and one of them will probably be able to plant a new church within the next five years. This is a classic example of institutions doing what movements cannot.

But the second step toward a healthy evangelicalism emphasizes the strength of Olson's center-set ideal. One of the unintended consequences of the Reformation was that church unity became an increasingly thorny problem as time went by. Through breaking from the Roman church, Luther gave a kind of tacit permission to other Christians to break from the institutional church when they felt it had departed from orthodoxy. This permission worked two ways: It authorized Luther's contemporaries to break from Rome as well, though not necessarily to join Luther, and it authorized Luther's descendants to break from Luther's own movement when it inevitably offended their sensibilities or committed a more grievous act that actually did demand some sort of action.

As a result, Protestantism has become splintered in ways unimaginable to Luther or his peers. What is to be done about this problem is up for debate. John Frame has argued for incremental unification of denominations with the eventual goal of a single Christian church. Start with the EPC and PCA merging or Acts 29 and Sovereign Grace coming together. There is merit to this argument (and the fact that such a project would take centuries to accomplish mustn't be counted against it). That said, as we work toward that long-term vision, something like "evangelicalism" is a useful big tent in which denominations can meet and suss out differences as well as offer mutual encouragement and support. It's the sort of space in which Frame's vision can begin to take shape. In such a tent, something like a center-set approach is essential. It allows us to meet with Christians we wouldn't see in our churches on Sunday or during the week, to engage in theological discussion, to pray for one another, and occasionally to work collaboratively in limited and carefully defined ways.

Lincoln offers a practical example of such an approach. For some years now, the pastors of those churches that planted a church together have been meeting once a month to pray. The group includes non-denominational, Presbyterian, Baptist, Evangelical Free, and Pentecostal pastors. In fact, one of the Pentecostal ministers in the group mentors the pastor of the PCA congregation I belong to. He's even filled our pulpit a few times.

Unfortunately, Olson wants us to stop there. Our ecclesiology, therefore, culminates with a group hug of creedal evangelicals united around a leaderless, magisterium-less movement. There's more than a speck of truth in the center-set ideal endorsed by Olson. Jesus says that the world will know we are his if we love one another. If we're to have any hope of observing our Lord's exhortation as American Protestants, we need a space like evangelicalism in which to celebrate the ancient creedal truths of the Christian faith. Yet center-set communities cannot endure unless smaller bounded-set communities stand behind them. Boundaries are both inevitable and good. Ultimately, Olson's postconservative evangelicalism doesn't account for that fact, which is why it's doomed to fail.

Jake Meador is a writer and editor in Lincoln, Nebraska. He earned a degree in history from the University of Nebraska. His work has appeared in Christianity Today and Relevant. He blogs at Notes from a Small Place.