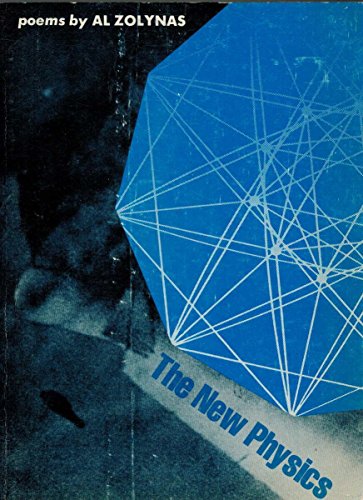 Stephen Dunn has said, "The good poem alters us … moves us closer to what can be known and believed about the world, and our second selves (those parts of us which always know better) store such information in the vague repository which is consciousness." An older friend, listening as I bemoaned the more derivative poems in The New Physics, said, "Yeah, but everyone back then was copying Bly and Wright. And if they weren't, they were copying Lowell, or Ginsberg." My friend suggested that while of course excellence matters above all in the arts, it may not be only the "good" poems that alter us, especially when we're young. I should be able to celebrate the gift of a book that was exactly what I needed when I needed it. My friend didn't say so, but the implication struck me later that afternoon: if I forgive the poet the shortcomings of the collection, and observe with thanks its role in my life and education, maybe a reader will be graceful enough to do the same for me someday.

Daniel Bowman, Jr., has had poems and essays in The Adirondack Review, American Poetry Journal, Cha: An Asian Literary Journal, Istanbul Literary Review, The Midwest Quarterly, The Other Journal, Redactions: Poetry & Poetics, Rio Grande Review, Seneca Review, and many other publications. A native of upstate New York, he lives in Indiana, where he teaches English at Taylor University.