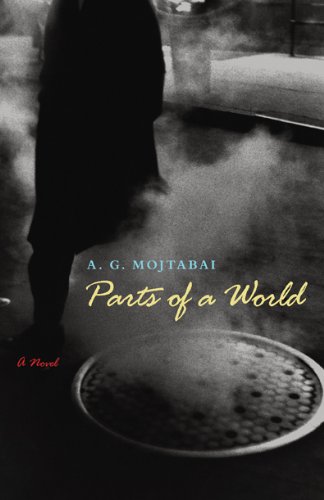 In 1974, I was working at a bookstore in Eagle Rock, California. In the fall of the previous year, I had started a PhD program in English at Claremont Graduate School. Improbably, it was the fourth grad program in which I had been enrolled—a little like having been married four times by the age of 25. Living in South Pasadena while attending classes in Claremont, I had taken a part-time job at the bookstore, a branch of a venerable Pasadena institution, Vroman's, where I had spent many hours (and many dollars) as a customer. The Eagle Rock store was located in a brand-new mall (this was the heyday of malls). Soon they were asking me to work full time. Within several months, I withdrew from Claremont.

One of the inducements of working at Vroman's was the 40 percent discount on books. The main store—which still exists today, on Colorado Boulevard—featured an excellent selection of new fiction. I was browsing there one day in 1974 when a book with a strange title caught my eye: Mundome, by A. G. Mojtabai. From my point of view, the novel had a couple of strikes against it. I looked cautiously at the inside flap (sometimes jacket copy reveals too much ahead of time) and saw that the book (the author's first novel) was described as "a brilliant self-contained reflection of schizophrenia." I generally avoid books and movies about mental illness. The reality of it is terribly dreary, and imaginative treatments of the subject (so I thought, and still feel) are almost always loaded with false emotion. Then there was the cover art, a reproduction of Magritte's The Lovers. On the other hand, the information about the author was intriguing:

A. G. Mojtabai was born in Brooklyn in 1937. She graduated from Antioch College in 1958 with a B.A. in philosophy and a minor in mathematics.

Soon after graduation, Ms. Mojtabai married and moved to Iran, where she lived with her husband in a large, extended family. They later moved to Karachi, Pakistan, and then to Lahore.

When she returned to the United States, Ms. Mojtabai did graduate work at Columbia University, receiving an M.A. in philosophy in 1968 and an M.S. in Library Science in 1970. She lectured in philosophy for two years at Hunter College and is now a librarian at City College. Ms. Mojtabai lives in New York City with her daughter; she is at work on a new novel.

And—another plus—the narrator of Mundome is himself a librarian, an archivist. I turned to the first sentence of the novel:

When I think of our library I think of nothing less than the archive of the human estate, the house of the memory of man, and more than a house, memory itself, and more than memory, the slow cess of the spirit: vanity and devotion, illusion, and the martyred rose of prophecy—torn, yet living still.

I've been reading Mojtabai ever since, as her slim and potent novels have appeared at intervals over the years. Even if we concede that every interesting writer is in a sense sui generis, Mojtabai has had a career that distinguishes her as one who follows her own path. In some respects, she could be said to have had an anti-career, as stubbornly resistant to literary fashion as to the imperatives of the marketplace. Her books are not like anyone else's. She hasn't been taken up by critics as an example of this or that tendency or school. In addition to novels, she's published a very fine book of stories based on her experience as a hospice volunteer, Soon (1998), and a work of nonfiction, Blesséd Assurance: At Home with the Bomb in Amarillo, Texas. For some time she taught at the University of Tulsa.

In 1995, Mojtabai published an essay in The Wilson Quarterly, "Religion and the Writer," based on a conference presentation. The papers from that gathering, revised and expanded, were published in book form as The Writer and Religion, edited by William H. Gass and Lorin Cuoco (Southern Illinois Univ. Press, 2000), and it would be worth your trouble to track down that volume, not only for Mojtabai's essay (here titled "A Writer and Religion: Musings, Interrogations, Avowals") but also for the responses to it from panelists and audience members. Mojtabai argues that too many writers of fiction (herself included in her first several books, she says) have been guilty of "shutting out the voices we don't want to hear," voices expressing "a religious hunger in our country and in our world so widespread that writers ignore or disdain it at our peril." She speaks, rather allusively, of her Jewish ancestors, and seems to place herself among those who have "lost much of the traditional language of religious belief" yet "haven't lost the yearning for that belief." Her argument is (mostly) received with a mixture of incomprehension, condescension, and barely suppressed anger. Marc Chénetier, a French professor of American literature, lays down the law: fiction, you see, is "all about doubt." (These primitive Americans!)