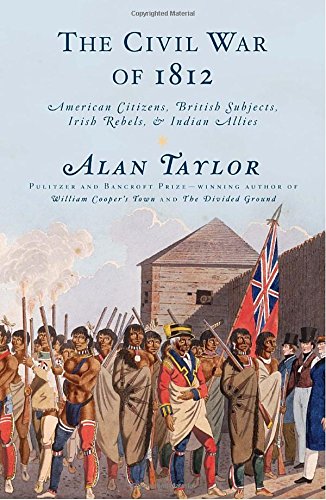 The bicentenary of the outbreak of the War of 1812 between the United States and Britain will soon be upon us. Ask the average Briton or American what they know about the conflict and you will be lucky to be told (at most) that Britain, in a sideshow to the Napoleonic wars, bloodied the upstart new nation's nose by burning the White House, and that the American republic avenged itself when Andrew Jackson's frontier crack shots blew away the finest imperial troops at New Orleans. Canadians, when questioned, are likely to flourish their plucky victories against a powerful southern neighbor who had put Upper Canada to the torch. Alan Taylor's new study offers an escape from these stale headlines. His book is unlikely to be alone in marking the war's anniversary, but it is hard to imagine that any other will be more freshly conceived, compellingly analyzed, or vividly written. It is bound to find a wide and appreciative audience.

Not that Taylor, a prizewinning historian at the University of California-Davis, has opted to write a comprehensive account of the conflict. The war in the Gulf and the Atlantic barely gets a look-in. He focuses his lens on the region that suffered the greatest fighting and depredation: Lakes Erie and Ontario and their connecting river systems, between Detroit and Montreal. This is "borderlands rather than a national history," a vivid study of a contest across—and on each side of—the political boundary fashioned by the War of Independence. The Revolution's legacy was a porous frontier between the new American republic and the British Empire. It left plural identities and loyalties on either side. One of Taylor's key purposes is to challenge the too-easy misperception of the Revolution as marking a clean break. Americans of the post-1783 era, he declares, lived in a "precarious and embattled" nation, as "the republic and the empire competed for the allegiance of the peoples in North America—native, settler, and immigrant."