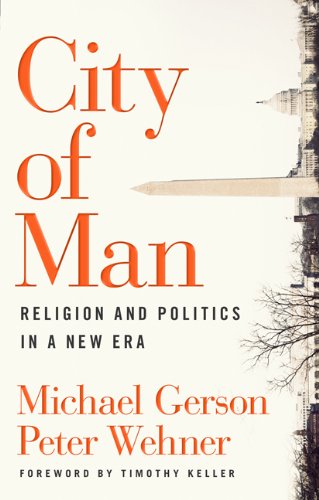 You might expect that this book would fall into a well-worn rut of utter predictability. If you know that an author of any recent book on recent American religion and politics thought George W. Bush was a disaster as president, you can pretty much write that book for yourself. By contrast, a book by one of the smaller number of authors who think Bush did a pretty good job under very difficult circumstances (including the former president himself) will be just as predictable, but with judgments reversed.

So here is a new book written by one of George Bush's most prominent speechwriters, who continues to speak well of his former boss (Gerson), and one of the Bush White House's leading publicists, who continues to blog regularly about the successes of his president and the mistakes of the current one. You would have every reason to think that actually reading this book would be a superfluous exercise.

But you would be wrong. Gerson and Wehner have actually shed light rather than dispensing heat; they have exerted themselves to write without Manichean exaggeration or panicked rhetorical excess. If a slight rightward tilt can be detected in the authorities they enlist to support their main points, that small army of authorities is remarkably ecumenical, with the lead taken by Augustine, echoes of whose work are reflected in this book's title, but joined by John Calvin, Jacques Ellul, James Davison Hunter, John Paul II, C. S. Lewis, Martin Luther King, Jr., Abraham Kuyper, Robert Putnam, Max Stackhouse, and many more. With this help, the authors write realistically about what politics can and cannot accomplish and about why they think so many passionate evangelicals have made so many political mistakes in recent years. They end by suggesting that "politics is the realm of necessity" and "the realm of hope and possibility," but also potentially "the realm of nobility." The arguments leading to these conclusions are by no means the last word, but unlike so much of current punditry, the authors' gentle realism has opened the door to fruitful reflection and faithful action instead of slamming it shut.