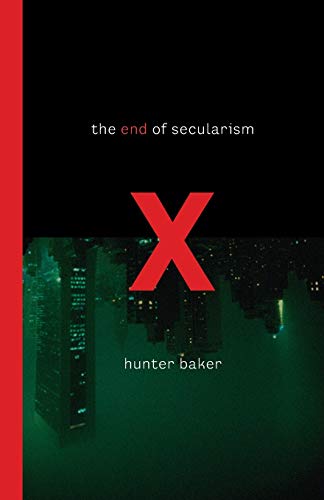 The fate of secularism.
January/February 2010

What the current spate of anti-Christian screeds really reflects, it now seems clear, is bitter disappointment at Americans' continuing refusal to come to their senses and stop believing in God. The intensified attack comes primarily from people who characterize themselves as forces for rationality, tolerance, and fairness. Faced with mounting evidence of religion's widespread appeal, such fine people could well be expected to question whether there might be something wrong with secularism itself. Yet they haven't.

Enter Hunter Baker. In The End of Secularism, Baker addresses the notion that a secular outlook results in "rational thinking processes, empirical verification, and social harmony" whereas religious belief is "tied to mysticism, violence, ignorance, and coercion." As Baker observes, this set of definitions is absurdly skewed in the secularists' favor. In reality, secularism is on the very same logical footing as religious thinking. Secularism, Baker writes, "cannot claim scientific authority for its proposals …. [T]here is the knowledge that we can gain via scientific experimentation and verification and then there is everything else. The 'everything else' happens to be where secularism and religion do their work along with a host of other attempts to make sense of the parts of life we really care about and that happen not to yield scientific answers."

But why—according to secularists—do the masses persist in their folly? What is faith's survival value? The short answer has always been that religion is a crutch. In the 20th century, Western élites operated on the assumption that religion was a coping mechanism that explained things for which people did not have a scientific explanation. It also helped hold society together by creating a persona, a god, that could support already agreed-upon values. Given that religion was simply a once-useful illusion, secularists argued, it would naturally die out as science increased our understanding of the world.

By the 1970s, however, it had become increasingly apparent that the inevitable-secularization thesis simply didn't fit the facts. In many parts of the world, religion was clearly thriving. In the United States in particular, Christians were becoming more public about their faith instead of conceding to an inevitable privatization of religion. Eventually, Baker says, Christian thinkers formulated an alternative to secularization theory: over the past two millennia we have actually been "witnessing a series of successive Christianizations rather than a history of [slowly but steadily increasing] secularization."

The British sociologist David Martin traced this recurring pattern to "an inherent tension between the Christian faith and the power of worldly rule," as Baker relates it. Each time the Christian faith evangelizes and gains great influence, it eventually recoils as it becomes corrupted by the world. Thus, Baker notes, "The Reformation itself represents a reaction by some Christians against what they viewed as an unacceptable accommodation of the church to worldliness. In other words, men such as Luther and Calvin were protesting against secularization." This historical perspective explains why the most recent wave of secularization has not proceeded to ultimate triumph as predicted: it never does. Baker's conclusion: "There is no reason to think that the twenty-first century overall will be less religious than today."

In the second half of the book, Baker critiques contemporary arguments for secularism, beginning with a very useful look at the influential postmodern thinker Stanley Fish. Although perhaps an unlikely ally for Christians, Fish has perceptively argued, in Baker's words, that "Western liberalism has been performing an elaborate shell game for a few centuries now" by positing secularism as a neutral point of view. "There is no neutral view from nowhere," Baker concludes:

Worldviews—philosophical, religious, nonreligious, antireligious, gender-focused, race-centered, class-based, environmentally directed, Marxist, etc.—contend freely with one another in the public square. To single out one of those plausibility structures, the religious, and to treat it as uniquely inaccessible to those outside of that structure is to attempt to win a game by controlling the rulemaking functions …. Much of what others propose to us is "inaccessible" in the sense that we simply cannot buy into it and would probably never do so. Inaccessibility, posed as a unique feature of religious argumentation and assertion, is a public relations stunt, not a reality.

The success of this "stunt" required a good deal of hard work. Far from being a natural process, the "secularization of the public order was the result of an intentional program by secular activists." The takeover of formerly religious colleges and universities exemplifies the process by which secularism steadily drove religion out of public life throughout the 20th century.

Secularism is and has always been a concerted effort by a relatively small group of people to increase their power and enrich themselves by declaring the great majority of their neighbors to be dangerously intolerant and deluded. Baker's suggested alternative to secularism is simple: pluralism. "In a pluralistic environment," he writes, "we simply enter the public square and say who we are and what we believe." Whereas secularists require "that individuals with religious reasons pretend to think and act on some other basis," we should recognize that everybody has motives and none has a right to claim hegemony over the discussion: "The focus should be on the wisdom and justice of particular policies, not on the motives for the policies."

That sounds wonderful, but it's difficult to imagine why secularists would want to go along with it. Baker does not say, nor does he explain the book's title. I'll take a stab at it. Perhaps the "end" to which Baker refers is not a finish but instead a goal—as in a political end. Perhaps it does not matter if secularists refuse to accept a social contract of pluralism. Maybe clarifying that the end of secularism is the enrichment and empowerment of secularists will embolden the great majority of American society, the most religious economically advanced nation in the world, to insist that choices be made on the basis of "the wisdom and justice of particular policies" instead of who offers them and why.

And perhaps that will indeed spell the end of secularism.

S.T. Karnick is editor of The American Culture (culture.stkarnick.com).