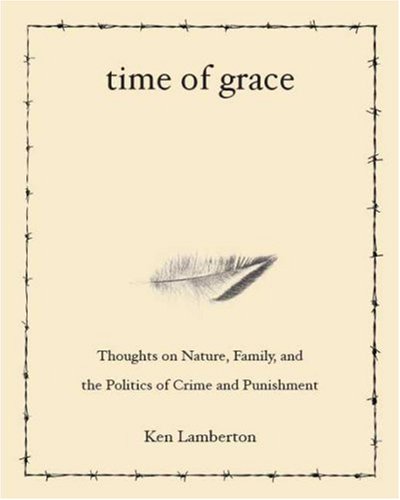 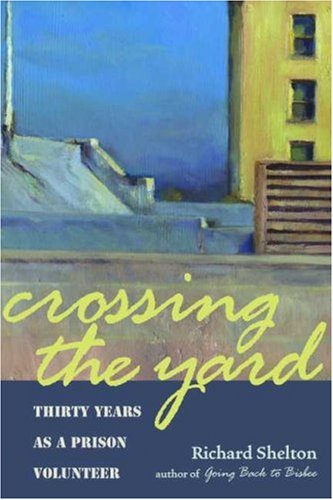 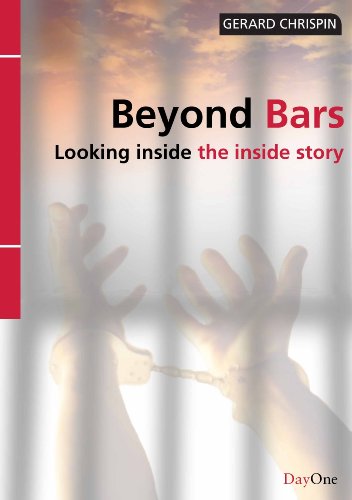 Beyond Bars: Looking inside the inside story
Gerard Chrispin
Day One Publications, 2007
144 pp., 9.11

I bailed my mom out of jail once. She made her one phone call not to a lawyer or adult friend, but to her son. "Come get me, I'm in the lockup in Raleigh," she said. I asked a friend old enough to drive to take me out there. I couldn't have been older than fourteen.

The cop behind the desk tried to comfort me. The white kid from the suburbs didn't represent his normal constituency, I'm guessing. "Assault can mean a lot of things." He took out his comb and touched my arm with it. "There, I just assaulted you, technically," he said.

I didn't feel better. She'd had a fight with her boyfriend. He accused her of assaulting him. She probably had. Off her meds, a bipolar person could do something crazy or violent without flinching. It wasn't the first or last time she'd spend behind bars.

I think my history with my now-deceased mom helps explain my sympathy with our nation's two and a half million prisoners. Occasionally my mom was among them. She was, as you can tell, a troubled person. I hated being identified with her as a kid. But she was the only mom I had.

All the people behind bars are somebody's mom, dad, son, daughter, friend. I can't forget that. But as Christians, we have an even more compelling reason not to keep our vast prison population out of sight and out of mind. Jesus gave us surprisingly few direct commands, if you count them up. One of them—given in the form of a parable about the judgment, but nevertheless uncomfortably clear—was to visit those in prison. Other parts of the New Testament command us to pray for those in prison. I dare say few of our churches practice this. Careful if you start.

Ken Lamberton, author of Time of Grace: Thoughts on Nature, Family, and the Politics of Crime and Punishment, was a sex offender. Check that, he is a sex offender: he must register with police and notify the media and neighbors anytime he changes addresses for the rest of his life. He ran away from his wife and three daughters with a 14-year-old student of his, was caught with her two weeks later, and sentenced to 12 years in prison. Inmates treat sex offenders about as well as the media: when he was sent to a higher security prison, he was jumped and beat up by members of the Aryan Nation. Anticipating this, he had asked the warden for protection. He was refused.

Lamberton was only in the higher security prison in the first place because the department of corrections made a clerical error and classified him as a repeat offender. He thinks this was a careless mistake. His lawyer-wife thinks it was done to punish him for winning an early parole. That parole was revoked when a corrupt da broke his word and an appellate court upheld Lamberton's original conviction, sending him back to prison for four years after a year and a half at home. In a sort of operatic comedy of horrors, this repentant man was yanked from his family and left unprotected with serial murderers and rapists who stopped just short of murdering him. Because of a clerical error, never apologized for or even acknowledged.

How did he survive? With a wife as tough as creosote. Karen underlined passages in Hosea to tell him, in no uncertain terms, why she was staying. In life before prison, when she bore their children it was with no drugs, no stirrups, nothing: "She allowed me to come along so I would make certain the doctors followed her requests." When he went to jail, she went to law school and worked for his release and return to her family. Once, while visiting him in prison, he told her she looked nice. "It wouldn't be very smart of you to charge me up and then send me away into a world of free males.' She isn't kidding."

His other secret to survival was a scribe's eye, exact and loving. The ravens perched above the prison have "the patience of the dead." The sky in prison one night is "Huge, clear, so clear it's as if all the dust has gone looking for bibles." Lamberton is a naturalist behind bars, fascinated with the way nature intrudes in such a place. Razor wire and cinderblocks simply cannot keep nature out. A mallard incubates eggs under some bushes on the yard. It's safer inside the fence for her and her brood than outside, where coyotes prowl. A ringtail, Arizona's beautiful and rarely seen state mammal, cautiously emerges from under a prison building one night. Lamberton hears the cicadas' call as a mere drone, but the "female cicada senses separate pulses of sound: the heartbeat of a lover." He scoops up a handful of tadpoles from a puddle after a rainstorm, houses them in a jar on his windowsill, and apologizes. "I can't do much about the space constraints (this is prison), but my salvaged charges don't have to worry about sprouting legs before their pond dries out. If the toads can do the math, we do have the time." One night during a fire alarm the men stand outside and find themselves treated to a shower of meteors: "Some leave brilliant blue green trails in their wake that hold for seconds and then fade. The men see them too; I hear their pleasure every time a particularly magnificent rock splashes into the atmosphere." Lamberton sees it all, and shows it to us so beautifully it's no wonder he's won the Burroughs Prize—one of the most distinguished awards for nature writing on the planet.