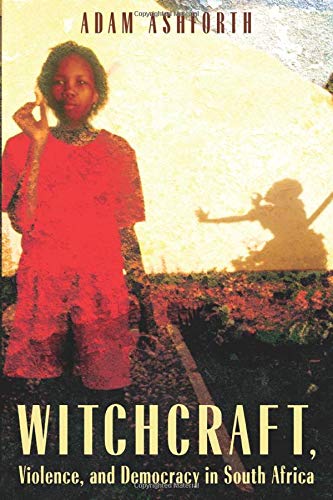 Witches and the Problem of Evil

Looking behind accusations of witchcraft.

Kenyan Pastor Thomas Muthee sensed that nearby car accidents were caused by a witch whom he publically identified as "Mama Jane," apparently the local pastor of an African independent church.[1] Muthee reports that after another car accident death, his followers drove Mama Jane out of town. The wider world learned of Pastor Muthee when Sarah Palin credited his prayers for her political success, prayers which included the request that God would protect Palin from "all forms of witchcraft."

Why do bad things happen? In the Bible, Job's counselors "knew" his afflictions were caused by his own sin, and called for confession. By contrast, the Aguaruna people of Peru, with whom I did fieldwork, "knew" that afflictions were caused by murderous malevolence in the heart of a neighbor or relative, and called for identifying the "witch" and retaliating. And while anthropologists have found scores of societies which operate out of "moral causal ontologies," where the afflicted are blamed for their own affliction, "interpersonal causal ontologies," where affliction or death triggers the search for a guilty third party, a witch, have historically been more frequent worldwide.[2] (While Wiccans and other Neo-Pagans sometimes apply the term "witch" to themselves, this is altogether different from "witch" conceptualized as a person who is blamed for other people's misfortunes and deaths. It is the latter which this article addresses.)

Because witch discourses were once mainstream to Europe and North America, where today they are largely gone, it has been common to assume that fear of witches dissipates under modernization. However, anthropologists have widely noted that resurgent witch discourses are thriving around the world, even in urban settings. Indeed, research suggests that modernity and capitalism provide fertile soil for the rise of witch anxieties, discourses, and retaliatory practices. An excellent introduction to these dynamics is provided in Australian political scientist ...