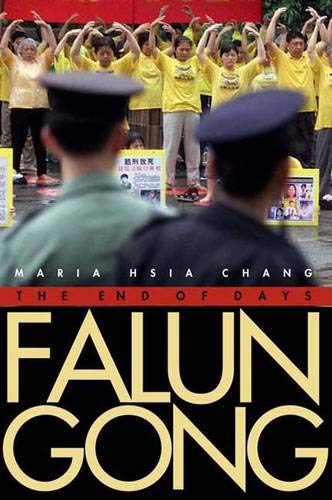 The lessons of Falun Gong.

G.K. Chesterton once said, "When people abandon the truth, they don't believe in nothing, they believe in anything." Modern China is a case in point.

When the People's Republic of China was formed in 1949, the Chinese placed their faith in the Communist Party and its demigod, Mao Zedong. For three decades they suffered incessant economic, political, and social turmoil. Under Deng Xiaopeng's leadership in the Eighties and Nineties, the people shifted their faith from communist ideology to capitalist materialism. Today people are placing their faith in something else, and Falun Gong's popularity reveals their spiritual hunger.

What is Falun Gong, or "Law Wheel Cultivation?" It is a combination of qigong (physical exercises and meditation) and syncretic Buddhist teachings, concocted and taught by Master Li Hong Zhi. Salvation is achieved through self–cultivation and good works. If you diligently practice your qigong and apply the principles of Falun Dafa (Great Law of the Wheel), you can become a Buddha.

Is Falun Gong a cult? It depends on how one defines "cult." Most Christians would consider it a cult because Li Hong Zhi claims he is a deity "superior to Jesus and Buddha Sakyamuni." In contrast, commentators in the Western media typically reserve this label only for those who "preach doomsday and exert mind control through deceptive practices." They perceive Falun Gong as mystical, not dangerous. Yet, China's leaders declared it an "evil cult and a threat to social stability." Could Falun Gong be a wolf in sheep's clothing?

Professor Maria Hsia Chang investigates these questions in her fourth book on Sino politics, Falun Gong: The End of Days. It is a scholarly account of the rise and struggle of the spiritual sect against its government. Given the subject, I expected sensationalism. I was surprised and pleased by its concise briefing and insightful analysis on the political role of cults in China. Yet because Chang narrows her scope to cults, not religion more broadly, and views her subject through a secular lens, I felt her conclusion was missing a link.

The highlight of this book is Chang's historical approach, explaining the Chinese government's crackdown on Falun Gong. In imperial China, an emperor's absolute authority was granted by a "heavenly mandate" to rule. Under this authoritarian system, no political opposition was tolerated unless the emperor's mandate was revoked. At times of economic and social strife, religious sects or millenarian movements would emerge to defy or overthrow a government. What often began as a religious sect would become politicized when a charismatic leader called for social renewal or salvation.

Whether it was the Yellow Turbans in 209 B.C., the White Lotus Society (1360–1800s), the Taiping and Boxer Rebellions (1850 and 1900), or the Communist Revolution in 1949, each coup d'etat was hatched by a leader with a heavenly mandate. From this perspective, Falun Gong is not unique; indeed, it could be seen as a reincarnation of the White Lotus Society.

Identifying both the Communist Party and Falun Gong as cults, Chang switches gears to argue the government's case in "The State v. Falun Gong." Citing a long list of charges and evidence, Chang's verdict is: "for almost every one of its accusations against the sect, it can be argued that the Communist Party government has been equally, if not more, guilty." The struggle, she concludes, is about power, not religion.

In her last chapter, "The Persecution of Other Faiths," Chang points out that Falun Gong is merely a symptom of China's spiritual hunger and social ills. Persecution is no remedy. Even if Beijing eradicates Falun Gong, other groups will continue to emerge–until the Party reaps its own fate. The solution, she suggests, is a reformed political system that tolerates religious faith and political opposition–though she acknowledges that the likelihood of such reform is slim.

One weakness is that Chang tries too hard to fit Falun Gong into a thesis on millenarian movements. Falun Gong has inherited some essential traits, but Li Hong Zhi is above all a shrewd entrepreneur. He created a value–added product, offering physical health and spiritual salvation. To undercut his competitors, he taught free classes and waived membership fees. While appearing benevolent, Li peddled his own literature and pocketed millions. He also registered Falun Gong as an exercise group and not a religion–exploiting a loophole of non–censorship. Three years before the crackdown, Li suddenly left China for America. What kind of leader would abandon his followers for a life of safety and comfort? A capitalist maybe, but not a zealot.