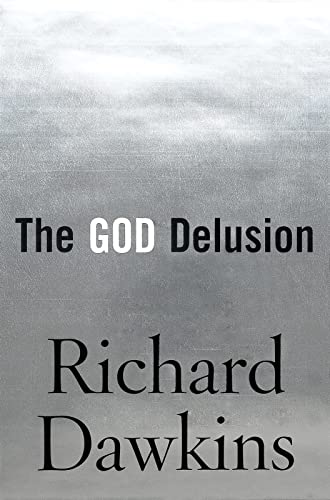 Richard Dawkins is not pleased with God:

The God of the Old Testament is arguably the most unpleasant character in all of fiction. Jealous and proud of it; a petty, unjust unforgiving control-freak; a vindictive, bloodthirsty ethnic-cleanser; a misogynistic homophobic racist, infanticidal, genocidal, filicidal, pestilential, megalomaniacal….

Well, no need to finish the quotation; you get the idea. Dawkins seems to have chosen God as his sworn enemy. (Let's hope for Dawkins' sake God doesn't return the compliment.)

The God Delusion is an extended diatribe against religion in general and belief in God in particular; Dawkins and Daniel Dennett (whose recent Breaking the Spell is his contribution to this genre) are the touchdown twins of current academic atheism.1 Dawkins has written his book, he says, partly to encourage timorous atheists to come out of the closet. He and Dennett both appear to think it requires considerable courage to attack religion these days; says Dennett, "I risk a fist to the face or worse. Yet I persist." Apparently atheism has its own heroes of the faith—at any rate its own self-styled heroes. Here it's not easy to take them seriously; religion-bashing in the current Western academy is about as dangerous as endorsing the party's candidate at a Republican rally.

Dawkins is perhaps the world's most popular science writer; he is also an extremely gifted science writer. (For example, his account of bats and their ways in his earlier book The Blind Watchmaker is a brilliant and fascinating tour de force.) The God Delusion, however, contains little science; it is mainly philosophy and theology (perhaps "atheology" would be a better term) and evolutionary psychology, along with a substantial dash of social commentary decrying religion and its allegedly baneful effects. As the above quotation suggests, one shouldn't look to this book for evenhanded and thoughtful commentary. In fact the proportion of insult, ridicule, mockery, spleen, and vitriol ...