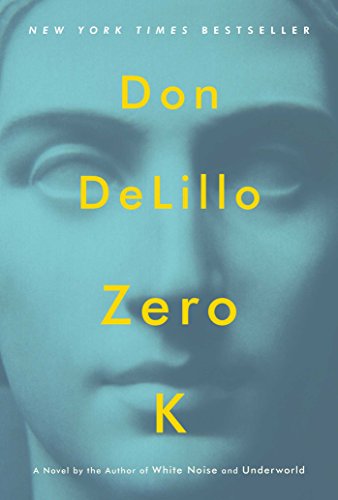 The Artifice of Eternity

Don DeLillo and the yearning for transcendence.

O sages standing in God's holy fire
As in the gold mosaic of a wall,
Come from the holy fire, perne in a gyre,
And be the singing-masters of my soul.
Consume my heart away; sick with desire
And fastened to a dying animal
It knows not what it is; and gather me
Into the artifice of eternity.

—W. B. Yeats, from "Sailing to Byzantium"

It is for a good reason that these lines are among the most famous in modern literature. The modern self, stuck in a dying body and unable to know what it really is, is sick with a vague desire. So the speaker asks the sages standing in the fire for two things: "Consume my heart away" and "gather me into the artifice of eternity." Take away my restless heart and let me live forever. The poem's response? Here is your immortality—art itself.

Nearly one hundred years later, the contemporary self is still sick with a vague desire, and still knows not what it is. But we late moderns are far less certain that art can hold us, that words can gather us into any kind of eternity. Since we've long abandoned God and his promises, where can we turn?

Technology, of course. This is the premise of Don DeLillo's seventeenth novel, Zero K. DeLillo is a writer known to have his finger firmly placed on the pulse of contemporary American life, and this offering powerfully follows suit. The novel is narrated by Jeffrey Lockhart, son of a wealthy businessman, Ross, whose second wife is dying at a young age. But this woman, aptly named "Artis," is planning to live forever. She has given herself over to the "Convergence," an organization/ideology that promises to gather her mind and memory into eternity by way of cryonic suspension until the technology exists to resurrect her into a new nano-generated body. Her husband will join her in time, and they will live forever in a superior future world.

In the world outside DeLillo's novel, some well-known people, including Ted Williams, have paid a great deal of money for this same hope. Over one hundred bodies ...