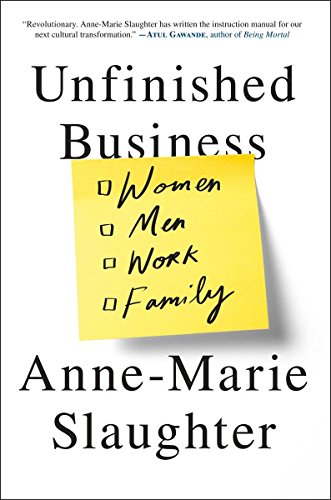 Note: the Church has been working on this project for centuries.
January/February 2016

In season four of The Good Wife, the character Patti Nyholm strides into the court room with a toddler slung over her shoulder and before sitting down in the prosecutor's chair, hands her off to a male caretaker. The judge clears his throat. "Welcome, ma'am," he says. "I see you have some, uh, accoutrement with you." Nyholm looks impish and triumphant—as if to say, I'm not supposed to bring my kid to work, but I just did. Her counterpart in the show is an equally fearless stay-at-home dad and freelance investigator named Andrew Wiley who confronts an attorney with key evidence while his kids blow raspberries on the office window—insert noises—and spars with an almost disbarred lawyer while his daughter rides a trike nearby. "Sabrina, no more apple juice!" he calls out before delivering his penultimate threat.

As a parent, I view these scenes with subversive pleasure. There's something almost exhilarating about watching both characters violate social convention with such panache. The show's writers—God bless them—are narrating the story of modern working parents, albeit in the form of a fantasy, in which kids are only slightly irritating and adults have no lack of temerity. Fantasy aside, the question underlying these scenes is a complex, painful one that dogs many of us who live and work in the developed world. How do we integrate family and career in an age when the office—separated from the home—is still the main space for economic productivity?

Slaughter fails to recognize that many religious communities are already ahead of the curve in affirming caretakers and caretaking.

In Unfinished Business: Women, Men, Work, Family, Anne-Marie Slaughter argues for nothing less than broad cultural change to solve this labyrinthine problem. The book is the offspring of an article she wrote in 2012 for the Atlantic, "Why Women Still Can't Have It All," which in two weeks attracted over a million readers. Slaughter's own story provides the dramatic hook: she bailed out of a rocket-ship career for the sake of family. After working for two years as Director of Policy Planning for the US State Department under Hillary Clinton and commuting between D.C. and New Jersey to see her family on weekends, she quit her job, resumed her teaching position at Princeton University—a more flexible, family-friendly job—and moved home to spend time with her husband and two sons.

Friends and colleagues balked at her decision to forfeit her dream job. Even Slaughter struggled with it. "For someone who grew up in the 1970s, shaped by and devoted to the opportunities, power, and promise of the women's movement, deciding to choose family over career felt like heresy," writes Slaughter. "It took me eight months to realize that I wanted to stay home," she tells the journalist Hanna Rosin in an interview. "I want to work, too, but in a way that allows me to be home much more."

After taking flack for her choice, Slaughter came to two realizations: first, that the modern workplace needs massive revision for men and women with care-taking responsibilities; and second, that in certain segments of our culture, caregiving suffers from deeply entrenched stigmas and widespread devaluation. Slaughter writes,

Fifty years ago, middle class women stayed home, cared for their families, and were manifestly unequal to their breadwinning husbands. To make them equal, we liberated women to be breadwinners too and fought for equality in the workplace. But along the way, we left caregiving behind, valuing it less and less as a meaningful and important human endeavor.

One could argue that Slaughter is late to the party. Danielle Crittenden made a similar argument a decade and a half ago in What Our Mothers Didn't Tell Us, albeit from a more socially conservative viewpoint. But a good idea always merits development, and in Unfinished Business, Slaughter sets out to diagnose what she calls "a cognitive distortion that is skewing our society and hurting us all."

To fix the problem, Slaughter takes a sledgehammer to the modern work environment and excoriates American companies for expecting workers "to conform to outdated twentieth century ideas of when and where work should get done." Workplace rigidity is a problem for both genders, she argues, but women bought into it decades ago when second-wave feminists with short-sighted, conformist thinking set out to claim equality in the work place and failed to hear the door lock behind them. Feminist journalist Susan Faludi calls it a "failure of will." "We have redefined feminism as women's right to be owned by the system, to be owned as much as men have been owned," she writes in "Feminism for Them?" "Women have led the charge to join men in the enclosure."

Slaughter, now, wants to open that workplace enclosure, but making that happen will require a culture-wide "care revolution" to reclaim caretaking—of children, aging parents, and others—as nothing less than the "business" of human flourishing. "Redefining the women's problem as a care problem," writes Slaughter, "allows us to focus much more precisely on the real issue: the undervaluing of care, no matter who does it." She cites a 2013 Pew Research study indicating that "almost as many fathers as mothers bemoan the stress of trying to juggle work and family," which means everyone has something to gain from her project.

The debate about work and care tends to elicit vague, dreamy ideals, but to her credit, Slaughter offers a detailed blueprint of public policy solutions, (mostly) market-friendly business solutions, cutting-edge workplace philosophies like ROWE (results-only work environment), and a wide array of family-friendly business models. She commends the Pentagon for its sliding scale, on-site daycare system and lauds General Motors for innovating with an organization called OpenWork.org to decrease stress levels in its call centers and increase flexibility for its employees.

Reading Unfinished Business, I feel again what I felt when I first caught sight of Slaughter's Atlantic cover story—the relief that someone is acknowledging the tender wound of modern womanhood (and manhood) and offering potentially curative solutions. The book carries tremendous force and should be mandatory reading for politicians, CEOs, and human resource specialists, and yet Slaughter's vision falters on two fronts: socio-economics, and faith-based solutions.

If the Virgin Mary had been an underprivileged modern woman, the angel Gabriel would have visited her in a telemarketing cubicle and found himself hovering next to a stained coffee cup, a paperclip holder, and a framed picture of the ailing mother she supports. To his declaration of pending pregnancy, she might have replied, "Thy will be done, but am I eligible for FMLA maternity leave? Do I get child support from the dad, or do I need another job?"

The conversation about work and family has to include women from the middle-to-lower classes, and Slaughter attempts to address this concern by profiling the "woman at the bottom" who teeters every day on the edge of poverty. If you're a single mother in a low-income bracket, your social and professional mobility is almost nil. Survival is the soup of the day.

In trying to solve this problem, however, Slaughter falls prey to conflicting ideals. In the same breath she asks for "higher wages for paid caregivers" and also "high quality and affordable childcare." Setting aside the complex issue of government subsidies, the problem, as Elaine Blair put it in The New York Times, is that one group of women is in economic conflict with another group. Some women need cheap childcare to make ends meet. Other women—the providers of care—need a livable wage. And sometimes the consumer and provider are the same exact person. (I'm reminded of the heartbreaking scene in the film Paris, je t'aime in which an immigrant care provider drops her baby at a chaotic daycare and then goes to work looking after someone else's baby in a wealthy Parisian neighborhood.)

If the first flaw in Unfinished Business is a cursory treatment of class conflict, the second, more significant problem is a type of secular parochialism. Slaughter fails to recognize that many religious communities are already ahead of the curve in affirming caretakers and caretaking. Without question, the Church needs Slaughter's vision—to help us apply her care revolution to the public square and the office—but Slaughter's vision also needs the Church. We've been working on this project for centuries, now. You want principles for a care revolution? We have the Sermon on the Mount. You want model communities? We have L'Arche. You want icons of caretaking? We have a pope who escapes Vatican police to hang out with the poor, Mother Teresa in the gutters of Calcutta, and Saint Francis with the birds. Heck, we even have Jesus.

I, too, am a caretaker, although a less illustrious one. The sheer volume of janitorial work I do is offset in part by the knowledge that I'm raising eternal beings for eternal purposes—and someday, I'll stagger through Heaven's gates waving flags made of spit-up rags. In the meantime, Slaughter wants to venerate my work and the work of others. She wants a set of subversive values that up-end hierarchies and re-envision the given world. She wants, essentially, what the Christian tradition has always offered.

Andrea Palpant Dilley grew up in Kenya as the daughter of Quaker missionaries. She is the author of a memoir, Faith and Other Flat Tires: Searching for God on the Rough Road of Doubt (Zondervan).