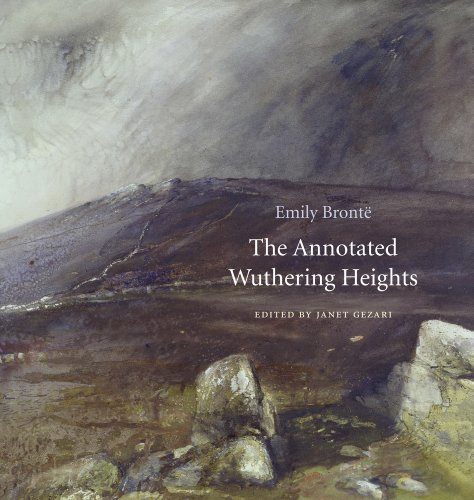 "A Supremely Independent But Not Isolated Mind"

I have to admit that I am an inveterate book buyer. It's actually starting to get embarrassing as the piles of books stacked around my house multiply each year. One of the good things about reading on my iPad is that no one can see the virtual stacks also accumulating—but they're still there, rebuking me, even if in secret. I seem never to have enough time to read, and yet I can't resist new titles.

With so many new books clamoring for attention, why bother with the old ones? The New York Times Book Review featured a version of this question in its "Bookends" section: "Which Books Do You Read Over and Over Again?" Implicit in the "which" question, of course, is the "why" question, and in recent years, there have been some engaging examinations of the topic in books like Rebecca Mead's My Life in Middlemarch, Samantha Ellis's How to Be a Heroine, or, most obviously, Patricia Meyer Spacks' On Re-Reading.

Harvard University Press's fine series of annotated editions embodies another answer by demonstrating just how much more there is to know, even (perhaps particularly) about long-loved favorites. Among the volumes to appear thus far in the literary part of the series (which also features historical documents), Harvard has brought out an almost-complete set of Jane Austen's novels (to be concluded with an edition of Mansfield Park in the fall of 2016), Mary Shelley's Frankenstein, Louisa May Alcott's Little Women, Kenneth Grahame's The Wind in the Willows, Ralph Waldo Emerson's works, and Oscar Wilde's Picture of Dorian Gray and The Importance of Being Earnest. These annotated editions provide a richness of reading experience akin to a feast: not just the main course of the text, but a dazzling array of "side dishes" as well.

Emily Brontë's Wuthering Heights makes a splendid addition to the collection. Like all the other volumes in the Harvard series, it excels in visual elements that are not only stunningly produced and presented but useful as well. The pages are replete with pictures and maps of the local Yorkshire setting and of England and Scotland, with character genealogies and narrative chronology, with manuscript pages of Emily Brontë's writing, with art (Brontë's own included), with other Brontë paraphernalia, and much more. The running notes highlight Brontë's extensive knowledge of everything from law and the Bible to nature and weapons. The volume is also attentive throughout to the book's adaptation/appropriation in film and in popular culture, such as Kate Bush's chart-topping 1978 song and recent novelistic mash-ups. It acknowledges as well that the recent vogue for the novel can be traced in part to vampire-loving Bella Swan in Stephanie Meyer's Twilight declaring Wuthering Heights her favorite book—a pronouncement that spurred sales of Wuthering Heights in its wake.

Of course, Bella Swan is not the only unusual reader of Wuthering Heights. The Brontës collectively have always attracted more than their fair share of outlandish literary criticism, but of the sisters, Emily seems a particularly attractive target to those given to speculation, conspiracy, and general silliness.

By contrast, the editor of this annotated volume, Janet Gezari, presents a model introduction to Emily Brontë's work. Gezari is wonderfully hospitable in finding ways to welcome readers, new and old, into what can be an extremely formidable text by providing clear mapping of both the novel and the scholarship that surrounds it.

Gezari admirably lays out the few concrete facts of Emily Brontë's life, gently pointing to excesses in the Brontë mythologizing. As Gezari observes, Emily has become somehow "more mythic than the others" and has had her life (or at least the imaginative fantasies of it) compete with her work. Gezari begins her introduction by directly taking on one dominant fantasy: Emily Brontë as Yorkshire naïf. The real Emily, Gezari shows, was immensely interested in the reception of her work. This Emily Brontë, who relished "ambitious and demanding" musical pieces as a performer, deliberately crafted her fiction—she was not an untutored outsider artist. And Gezari makes the crucial point that "Wuthering Heights is the expression of a supremely independent but not isolated mind. Brontë's determination to publish it is a warrant of her ambitious hope that it would find a fit audience."

Of course, Emily Brontë—like all the Brontës—had had literary ambitions since she was a child. The mythic world of Gondal, created by Emily and her sister Anne, always remained an important part of Emily's ongoing internal imaginative narrative. This Gondal world shaped Brontë's work as a poet. Unsurprisingly for someone who has written an important study of Brontë's poems—Oxford University Press's 2007 Last Things: Emily Brontë's Poems—Gezari masterfully connects the artistic goals of Bronte's poetry with those of Wuthering Heights, invoking Swinburne's assessment that the novel is "essentially and definitely a poem in the fullest and most positive sense of the term."

Not only does Gezari's introduction help refine our thinking about Emily Brontë and her aims as a writer, it also provides an excellent overview of the critical reception of the novel, starting from five reviews that Emily Brontë herself collected and saved and concluding with 21st-century approaches. The novel has been host to any number of interpretations, and Gezari asserts that Wuthering Heights endures—and indeed thrives—precisely because of the multiple ways readers have interacted with the work. It is a text that continues to engage and to confound—and, like the ghostly presences that haunt the text, to resist critical control. Gezari is particularly persuasive in her reading of the senior Catherine Earnshaw, arguing that while cultural interpretations of the novel stress Heathcliff's dominance, it is actually Cathy who drives the novel. Gezari maintains that no writer had conceived of a woman character like Cathy—deeply flawed, but deeply strong—before Brontë.

Finally, if there were no other reason to buy this edition, Gezari's textual work would still make this a necessary purchase. She is even-handed in her assessment of Charlotte Brontë's interactions (for good and for ill) with the text and with her sister's legacy. Charlotte's "New Edition" of 1850 aimed to simplify the Yorkshire dialect used by Emily in the first edition of 1847, which Charlotte regarded as accurate but inaccessible to London readers. Gezari returns to the 1847 edition's use of dialect in part to emphasize the oral quality of the narrative: it is a story being told. Her explanations/translations complement the dialect, so that this edition retains Emily Brontë's insistence on northern speech while making the text fully comprehensible to the modern reader.

Oscar Wilde reportedly quipped: "If one cannot enjoy reading a book over and over again, there is no use in reading it at all." Janet Gezari's edition of Wuthering Heights finds myriad ways to help us see anew Emily Brontë's masterpiece; this is a Wuthering Heights the reader will want to return to for many trips.

Jennifer L. Holberg has taught English at Calvin College since 1998. She is the founding co-editor of the Duke University Press journal Pedagogy.