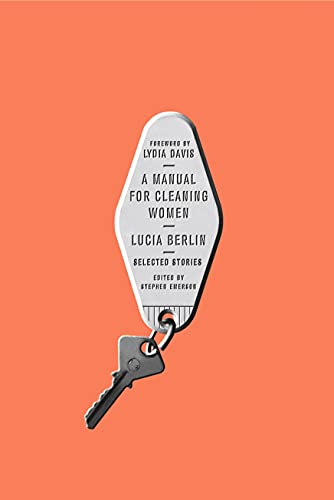 The stories of Lucia Berlin.
November/December 2015

Lucia Berlin's short stories take you by the hand and speak directly to you, the way a slightly kooky woman on the train might, and even as you're feeling awkward and uncomfortable, you're fascinated, and you listen until you arrive at your stop. The slightly kooky woman stops her story then, too, and you leave feeling simultaneously that her story was unfinished and that it ended in the perfect place—and for the next several hours, you are haunted by the truthfulness of what you have been told, and see little reminders of the story everywhere you look.

Berlin died in 2004 on her sixty-eighth birthday; by all accounts, including her own—her fiction, according to her friends and editors, and in the words of her son, consisted of "family stories and memories … slowly reshaped, embellished and edited"—hers was a painful life. Afflicted with chronic alcoholism and serious, lifelong scoliosis ("let's face it, a hunchback," she wrote), she moved among mining towns in the American West, spent her teenage years living a glamorous expatriate life in Santiago, Chile, and much of her adulthood raising four sons while supporting them and herself by working decidedly unglamorous jobs.

In "Homing," the final story in A Manual for Cleaning Women, the narrator, by now a woman resembling Berlin in her later years (an oxygen tank is her constant companion) notices, one evening, that the crows that leave the maple tree in her front yard in the morning return every evening:

What bothers me is that I only accidentally noticed them. What else have I missed? How many times in my life have I been, so to speak, on the back porch, not the front porch? What would have been said to me that I failed to hear? What love might there have been that I didn't feel?

It is plausible that this narrator—this person so keen not to miss a moment of her life, to be alive to this and every possible world—might turn to alcohol to blunt the dizzying, disgusting, depressing details to which her sensibility is attuned; drinking is invoked as numbing, as pain relief. Throughout the collection, Berlin (who is almost without exception difficult to separate from her narrators) offers the sort of meticulous record of human beings and doings and the spaces they occupy that both compels and repels. In the opening story, a young mother washes diapers at a Laundromat on Thursdays. One such day, an old woman gives her a key and says "that if I didn't see her on Thursdays it meant she was dead and would I please go find her body. That was a terrible thing to ask of someone; also then I had to do my laundry on Thursday."

"She gave me a key and I took it," the narrator says. And reading Lucia Berlin is like taking that key. The world she offers to unlock for us is at once mundane and mysterious: a succession of Laundromats, hospitals, doctors' offices and the houses of the deranged and the deceased. There are bodily stenches and ghoulish descriptions: the backroom abortion clinic in Mexico, the West Texas dental office where the narrator's grandfather (who, we are given to understand, took despicable advantage of her and her sister and their mother) pulls, with his granddaughter's assistance, every tooth from his mouth, to replace them with the "wonderful false teeth" that "distinguished men came even from Dallas or Houston" to procure. What made the false teeth so good, the narrator tells us, is that her grandfather was somehow able to replicate the imperfections: the chips, the yellowing, the fillings and the caps by which "real" teeth tend to distinguish themselves.

That's also what makes Berlin's writing so good: she replicates the quirks of the people and places and situations she breathes life into—or perhaps draws life from. The story "Mourning" is representative of the collection, and a sterling example of the form. It is one of several in which the narrator is a cleaning woman, and though it is a scant half-dozen pages, it tackles grief, death, love, racism, drinking, and family tensions while remaining calmly specific:

I love houses, all the things they tell me, so that's one reason I don't mind working as a cleaning woman. It's just like reading a book … . Lately I've been cleaning houses where somebody has just died … [T]he sad part is how little time it takes. Think about it. If you should die … I could get rid of all your belongings in two hours max.

And it ends like this: "I swept up then and left, locking the doors of the empty house."

In between, the narrator walks a strange line between guest and host as the children of the deceased fight and snap and work out what reconciliation there is to be, expressing only anger until the cleaning woman takes down the last box and puts it on the table for their perusal: kitchen textiles, aprons, and towels, "all made from flour sacks or gingham from old clothes. Soft and faded, smelling of vanilla and cloves. 'This was made from the dress I wore the first day of fourth grade.' "

Only then does the daughter weep and hold the fabric to her breast, crying for her mama; only then does her brother put his arms around her, weeping too. The cleaning woman slips away, leaving them to hold each other in that painful, healing embrace that she has, perhaps unwittingly, facilitated by unearthing the particular artifact that caused some unknotting, some release. And then the loneliness of the cleaning woman waiting for the junk men to take the rest of the stuff away, the locking of the empty house.

There's a loneliness in Berlin's stories that feels distinctly American (in one place the narrator says that solitude is for Anglo-Saxons; in Mexico, she notes, a person sitting alone on a bus can expect to be not only joined on the seat, but leant upon as well). "What we won't do for just a little comfort," Berlin's narrator ponders. Comfort is so hard to get and to give; in one story, the narrator's mother weeps, and the narrator reaches for her. "I patted her and she flinched. She hated to be touched. So I just watched her by the light of the streetlamp through the window screen. Just watched her weep. She was totally alone, like my sister Sally is when she weeps that way."

And yet, Berlin's art is such that as she hands us the key, the artifact that will be our unknotting, and offers us a peek through the window to read the strange, particular book of our lives and homes and landscapes, she makes us want to look more carefully, to listen more intently, to love more deeply—to hear and see and feel and know it all, the pain and the pleasure, the loneliness and the comfort, the human beauty and ugliness of it all.

"I've always been a good listener," Berlin's narrator says at one point. "That's it, my best quality."