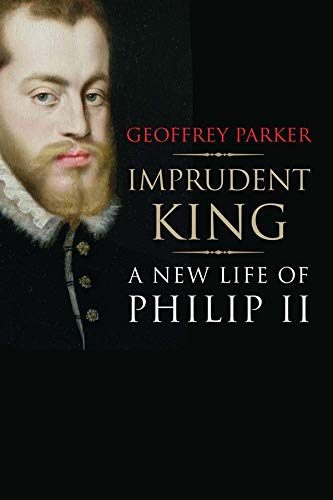 With so much blood I have paid for the peace of the world. My thunderstroke has felled the pride of the Reformers who fill the people's minds with false dreams. Death, in my hands, can reap a bountiful harvest."

These lines, sung by the character of King Philip II in Giuseppe Verdi's 1867 opera "Don Carlos," sum up the essence of this Spanish Hapsburg monarch, as seen through the eyes of his detractors. For centuries, many people outside the Hispanic world (and some within it, too) considered Philip a tyrannical zealot and the embodiment of all that was wrong with Catholicism and with Spain and its empire. In English and Dutch culture, and in English and Dutch Protestantism, especially, Philip II (1527-1598) had a top spot on the list of monstrous villains, a unique distinction now strictly reserved in our world for the likes of Adolf Hitler.

How Philip earned this ill fame is easy to explain. In England, he had not only married the infamous Protestant-slaying Queen Mary—who died childless in 1558—but also attempted to invade and conquer the island kingdom, dethrone Mary's half-sister Queen Elizabeth, and re-Catholicize the English people. In the Netherlands he set up the Inquisition, martyred many a Calvinist, and waged a long and brutal war against those who wanted independence from his rule. Small wonder, then, that Verdi could have his King Philip sing out: "People, in putting this crown on my head, I made the vow to God who gives it to me, to avenge Him by fire and the sword!"

Verdi and his late 19th-century audience would have had a difficult time recognizing the King Philip described and analyzed in Geoffrey Parker's new biography and in the handful of revisionist biographies from the past half-century that preceded this new one. In these biographies by several scholars—many of them British—Philip still wages wars and executes enemies, as all monarchs did in his day, but he is no monster, no bloodthirsty papist.

Geoffrey Parker has had a large role to play in this rehabilitation of Philip. Though he is a historian with an impressively wide-ranging set of interests, Parker has devoted much of his career to writing about Philip and his role in early modern history. First came Philip II (1978), a biography that chipped away at myths and revealed a complex early modern ruler who was far from fiendish. Then followed a number of publications that focused on Philip's statecraft and military exploits, most notably two closely related books that distilled Parker's assessments of Philip's rulership: The Grand Strategy of Philip II (2000), and The World Is Not Enough: The Imperial Vision of Philip II of Spain (2001). Now comes this second biography, which is actually a condensed translation of a much longer Spanish version published in 2010 under the title Felipe II: La biografía definitiva.

One must ask: what makes Parker's new biography different from the first one, or from his other books on King Philip? What is truly new here? The short answer is that even in this condensed version, Parker sheds new light on a great number of issues and uncovers much about Philip's life that has been neglected. Parker gained access to thousands of previously unavailable documents, particularly from the archive of the dukes of Altamira, which—for various reasons—had ended up dispersed to various locations where they remained inaccessible until fairly recently.

What Parker draws from these documents, which are frequently quoted, is a very detailed picture of Philip's personality, and particularly of his decision-making process. There are also plenty of details provided about Philip's personal life, but what is most impressive about Parker's close reading of the newly available documents is his ability to analyze the nuances of Philip's modus operandi. It could be said that this biography continuously attempts to get into Philip's mind, and that by doing so it sheds light not only on the king's life but also on the events that shaped him and those he had a hand in shaping.

When all is said and done, the Philip that emerges from this biography is an intensely ambitious man driven by ideals and compulsions: a ruler shaped as much by his sense of duty and his Catholic faith as by a host of personal obsessions and fixations. The book's title is most appropriate, for the monarch found within these pages—dubbed "Philip the Prudent" in his own day due to the unhurriedness of many of his deliberations—is ultimately shown to be quite unwise, and often inept.

Philip's imprudence stemmed in part from personal shortcomings and in part from the vastness and complexity of the empire he ruled. As a micromanager who felt compelled to read, annotate, and sign hundreds of documents per day, and to mull over decisions large and small concerning a far-flung global empire in an age when information could never flow smoothly or quickly, Philip was doomed to rule ineffectively. Slowness became the hallmark of his rulership. As his frustrated viceroy in Naples, Cardinal Granvelle, observed, "If death came from Spain, we should all be immortal."

As a fervent Catholic who loathed Protestantism and as a Hapsburg who found it absolutely necessary to defend and enhance his dynasty's authority, Philip was also destined to engage in constant warfare and to make disastrous decisions, even against the sage advice of those around him. The two worst of these fatal errors dissected by Parker were Philip's decision to engage in an endless campaign against the rebellious Netherlands and his insistence on sending the ill-fated Armada to invade England in 1588.

Philip's role in the notorious case of his son Don Carlos (whose death was blamed on Philip by his adversaries) is examined in detail, and the ancient charge of murder is exposed by Parker as "baseless." Similarly, Parker devotes close attention to the details surrounding Philip's involvement in the long imprisonment of Archbishop Bartolomé de Carranza by the Inquisition, the murder of scheming courtier Juan de Escobedo, and the botched prosecution of his alleged assassin, Antonio Pérez, a royal secretary.

But Parker does much more than focus on Philip's shortcomings, failures, and infamous scandals. His Philip is also a king who enjoys many a success, such as his victory over France in 1559, the conquest of Portugal in 1580, and the expansion of his empire in the New World and Asia. He is also a family man, repeatedly widowed, who seems to find some happiness in the midst of constant grief, and some solace in his duties as head of the most powerful family in the world, despite all of the friction caused by inevitable collisions between blood ties and issues of rulership.

In sum, Parker's new biography presents us with a man—warts and all—whose life was full of contradictions as well as triumphs and failures, and whose behavior was far more complex than that portrayed by his many enemies or, at the other extreme, by historian Henry Kamen, a contemporary of Parker who has tried to reduce Philip's warts and to portray the steely king as some sort of jovial Renaissance man.