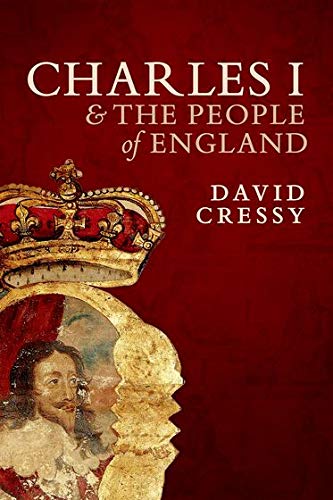 Why he lost his head.
November/December 2015

In October of 1623, Charles Stuart—Prince of Wales and heir apparent of the thrones of England, Scotland, and Ireland—returned from a trip to Spain to the thunderous applause of the nation. Parades and parties, cheers and toasts, greeted him, followed shortly by praising pamphlets and widely distributed copies of his likeness. He was, by a long measure, the most popular man in England, adored by the people. In January of 1649, those same people would chop off his head.

Of course, since he had gone to Spain to win a Spanish Catholic bride, and returned so insulted and embarrassed by his failure that he urged his Anglican father, James I, to declare war on the Catholic country, there are reasons to think that perhaps his popularity was founded on some misapprehension of his talents and the policies he favored. Still, the question of King Charles' Head, the puzzle of his tumble from esteem to execution, is one that persists among scholars and general readers alike. We have no real, completely persuasive explanation for how it all went so bad so fast.

Not that the writers of the 19th and 20th centuries, confident in their broad views of history, didn't try. On one side stood the Whig historians—Every day in every way, getting better and better!—asserting that the fall of Charles was an unfortunate outgrowth of the gloriously rising democratic spirit of the English constitution. On the other side stood the Marxists—Every day in every way, getting worse and worse!—proclaiming that Charles died as a glorious outgrowth of the unfortunately rising anti-labor spirit of bourgeois English capitalism. And for a long time, the Whigs and the Marxists divided the field between them, with relief found only in C. V. Wedgwood's sane insistence, throughout her books about the English Civil War, on the mad confusion of it all and the problems of knowing what was happening suffered by people of the time.

To the literature of sanity, we can add David Cressy's new volume, Charles I and the People of England. An Englishman who has taught for many years in the United States, Cressy is a history professor at Ohio State and the author of ten prior books, including Coming Over: Migration and Communication between England and New England in the Seventeenth Century (1987), Agnes Bowker's Cat: Travesties and Transgressions in Tudor and Stuart England (2001), and Saltpeter, the Mother of Gunpowder (2013).

In Charles I and the People of England, Cressy points out that the nobles, pamphlet-writers, politically involved clergy, and important members of parliamentary parties were only a small percentage of the population. When we do historical studies, we tend to concentrate on the thoughts and actions of those segments of the culture, in part because we have to. They were either the visible signs, subjects of endless writing, or they were ferociously literate themselves, pouring out the literary record. Together they provide the outsized portion of the record on which we have to rely. But the other 90-odd percent of Charles's subjects formed the deeper wells from which all the grand historical figures had to draw their power. "The concerns of ordinary men and women, though obscured, are neither irrelevant nor irretrievable," as Cressy notes. "Even the powerless had opinions."

In his repeated insistence on the point, Cressy can sound a little dated. From the late Marxists to the feminists and beyond, we have lived through a long, long era of academic preference for histories of the ordinary lives of what Cressy dubs the "invisible," and there's nothing remarkable about an attempt to write up their side of the story. What is remarkable is Cressy's success, once he's gotten past the throat-clearings and genuflections toward scholarly fashion in his preface and introduction. (It's worth remarking, as well, that both contain passages with an oddly off tone, as though Cressy were writing blurbs for someone else's book: "Charles I and the People of England tells an old story with fresh material," he notes, "and reconnects the social, political, cultural, and religious histories of the early Stuart era. This is a populated history, rich in stories, incidents, and expressions." All of which strikes me as true, and I might have written something like it myself in praise of the book—but then, I'm not the book's author.)

Still, Cressy opens with a perfect story. At a Palm Sunday sermon in 1626, Lucy Martin, an otherwise forgotten tailor's wife, wrapped a note around a rock and threw it at King Charles. It contained some apparent jeers at the French Catholic princess, Henrietta Maria, whom Charles had married in 1624, and it declared a private revelation that God had ordered Lucy Martin—"at my good sister's house in Great Marlow, as I was at prayer alone"—to convey to the king personally.

After her arrest, she explained to her judges that she needed the king's help in expiating a grievous sin of her own—she "had played the harlot with one Henry Merry, then a yeoman," she said—because, in Cressy words, "her private remorse for errors of the flesh was amplified by anxiety about the sins of the kingdom." Sentenced for the impertinence of throwing a rock at the king, she was "well corrected with the whip" at Bridewell and sent back to her tailor husband.

The perfection of the story lies in its confusions. Even as late 1635, ten years after his coronation, Charles appeared enormously popular. More dignified and gracious than his father, "the wisest fool in Christendom," Charles had gradually learned to keep England out of the various battles of the Thirty Years' War that raged on the continent. Business in England and Scotland was good. Claiming revenue from sources he probably didn't legally control, he seemed to be funding the government without parliament. All in all, the nation was fat, comfortable, and peaceful.

But even while the people in general approved of the king, they were growing to dislike their actual encounters with him. Charles undoubtedly thought he was growing closer to his subjects through his regular tours of the countryside, but in fact the ordinary people resented his courtiers' under-compensated claiming of goods, his expansions of the protected forests, the housing of soldiers he required, and his constant revenue-raising schemes. From George Villiers, the Duke of Buckingham (stabbed to death in 1628), to William Laud, the Archbishop of Canterbury (executed in 1645), Charles seemed incapable of finding advisors who would not become lightning rods for the people's anger.

Meanwhile there was the constant roiling of religion—with Catholics, Arminian Protestants, and Calvinists all raging at one another. The religious problems of Scotland probably had no solution, but Charles managed to make the situation worse by the Bishops' Wars over ecclesial government and the prayerbook, which quickly turned an argument within the Scottish parliament into actual military battles of Charles against a Scottish parliament united in outrage. The slide to civil war in England was hastened by such unforced errors as Charles' reauthorization of sports on the Sabbath, and it's hard to imagine making a bigger hash of things than Charles managed in Ireland.

The Irish at the time were divided into three groups: the Irish Catholics (who hated all the English), the long-settled English families (who were mostly Catholics), and the new English settlers (who were uniformly Presbyterian and hated both the Irish and the English Catholics). And somehow, the Earl of Strafford—Thomas Wentworth, Charles's Lord Deputy of Ireland—ended up alienating all three groups.

Despite his promise that Strafford would not "suffer in his person, honour or fortune," Charles turned him over to the parliament in 1641, hoping this act of appeasement would preserve the monarchy. The king might as well have kept his word, for by then it was too late. By 1642, Charles had fled London and the Civil War had begun. He lost in the process his throne, his armies, and his life. And in the end, the Long Parliament, which would not abide the king's power to dissolve it, was dissolved by Oliver Cromwell's New Model Army in 1648—suffering under a dictator what they refused to suffer under a king.

Cressy follows this story through ten focused chapters, drawing on many sources to show how the events were driven by and impacted the common people. He draws particularly on the thousands of surviving petitions to the king, filled with requests for office, personal grievances, political argument, and religious disquisition.

What emerges in Charles I and the People of England is just how many people in 17th-century England resembled Lucy Martin, the rock-throwing tailor's wife. Oh, not in the fullness of her mental disturbance or her mystical sense of the king's involvement in her sins, but certainly in the general confusion of things and ideas. They ran together economic discontents with nationalistic feelings and medieval monarchistical mysticism with a sense of modern misgovernment—all against a background of a Protestant conversion of the nation stuck at half-achieved since the time of Henry VIII.

Even the weather, with cold blasts of the Little Ice Age, seemed to speak of the failures of Charles I, Cressy notes. The personal was taken as a sign of the political, the political as a sign of the religious, and the physical as a sign of the supernatural. The accumulation proved in the end too much. Even if they did not turn strongly against the king, the common people eventually decided that they would not support him, and his uncommon enemies were thereby licensed to haul him up to the executioner's block.

Joseph Bottum is an essayist in the Black Hills of South Dakota. His most recent book is An Anxious Age: The Post-Protestant Ethic and the Spirit of America (Image).