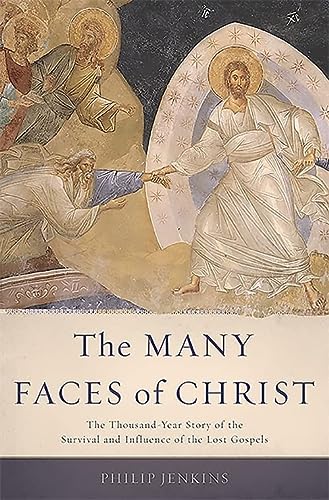 The Many Faces of Christ: The Thousand-Year Story of the Survival and Influence of the Lost Gospels
Philip Jenkins
Basic Books, 2015
336 pp., 32.00 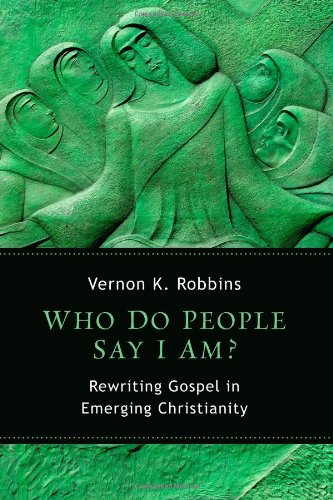 How believers in the first millennium read non-canonical texts.
November/December 2015

If the life of Jesus were fully recorded, the books would overflow the world. So John the Evangelist says at the close of his gospel (John 21:25). In one sense, this is true of any human life. The recording of each event, each word, each thought would be impossibly voluminous, and surely John means this. But he must also mean something more. For to record the life of the Son of God in the flesh is not simply the writing down of what happens but also the why and the how. To narrate a life is one thing; to narrate the life of God is something else. Therefore, the church doggedly affirmed the need for more than one gospel. The four with their multiple perspectives did a better job of capturing the richness of the Savior's life than did any single one. Yet, even by the evangelists' own testimony, they did not capture the whole, so over time other believers in Jesus contributed to the literature. Recent books by Philip Jenkins and Vernon K. Robbins focus their attention on these other accounts of Jesus.

In The Many Faces of Christ: The Thousand-Year Story of the Survival and Influence of the Lost Gospels, Jenkins follows the path of his previous work by unearthing aspects of the church that many (especially in the West) have forgotten or ignored. If one desires to learn more from every age and locale where followers of Jesus (broadly construed) existed and wrote about the meaning of his life, this book is an excellent place to start.

Jenkins' historical ax to grind raises its edge against a narrative that has become increasingly popular in recent decades. He articulates it well:

[T]he earliest centuries of the faith (before Constantine) were marked by sprawling diversity and creativity, and many schools of thought contested freely. But the democratic, egalitarian, and Spirit-filled Jesus movement then atrophied into the repressive, bureaucratic, Catholic Church of the Midddle Ages. The narrow orthodoxies of a monolithic church replaced the effervescent "many Christianities" of the earliest centuries … . The medieval church was built on the ashes of burnt books.

Not true, Jenkins counters: "the lost gospels were never lost." Rather, these other stories of Jesus thrived in the art and drama of Europe, and the texts endured and sometimes even became canonical in the Eastern world. His research shows that it was not only the very early church that was diverse. "We should ask when that has not been true. When was the Christian world ever monolithic in such matters? No such historical moment ever existed. Jesuses abound, and always have. So do gospels."

Each chapter begins with a well-told story about an unfamiliar account of Jesus and the people who championed or derided it. Thus Jenkins fleshes out his claims about the diversity of Christianity, at times by era, at others by geography, theme, text, or religious affiliation. One striking evidence of this diversity is the Golden Legend, which provides the beginning story of Jenkins' fourth chapter. An account of Christian history written in Latin around 1270, Legenda Aurea, one of the most popular books in medieval Europe, preserved and passed on alternative gospels. Like the Infancy Gospel of Thomas, a disturbing account of Jesus' life from age 5 to 12, or the Acts of Pilate, which depicts Jesus' Harrowing of Hell, these alternative texts filled gaps in the canonical gospels or tackled theological questions upon which the church had said little. They met a felt need; hence, they were widely and enduringly popular.

The four gospels affirmed as canon did not tell everything about the life of Jesus—admittedly they leave big gaps.

Jenkins emphasizes a handful of ideas in The Many Faces of Christ, including the importance of wide geographical and chronological data as well as the dialectic between official decrees and grassroots realities. While his argument is quite convincing, one consistent orienting structure through the chapters—say, moving through different locales or times or themes—would have helped me grasp the bigger story more clearly and kept his chapters from feeling repetitive. In addition, at times I wondered if he stretched his argument a bit far. Did texts like the Gospel of Thomas really contribute to the notion of pantheism in Buddhism? Did the Apocalypse of Peter influence descriptions of hell in Dante? Do the apocrypha help explain the presence of dualism in heretical Eastern European sects? I do not question that the "lost texts" continued to show up in other versions, textual and visual, throughout the Middle Ages across the known world, but we should not underestimate the broader human propensity for non-canonical ideology. Modern Christians need not read the Gospel of Truth to display escapist (Gnostic) tendencies.

One might assume that Jenkins' book argues for a leveling of the playing field or that he is urging Western Christians to listen to the other stories that believers across the world and throughout the centuries have found important. He is clearly doing the latter, as his closing sentence declares: "Anyone interested in those rediscovered ancient gospels should be told the wonderful news—that a millennium of other writings awaits them, no less rich and provocative in their contents." He is not preaching the former, however—that the canonical and non-canonical gospels are indistinguishable. The "other accounts of Jesus" whose content and history he so winsomely describes throughout the book do not belong in the same category chronologically or historically. The canonical gospels, Jenkins writes, "really do take us directly to the world of Christ and his immediate followers in ways that no other candidate can or ever could."

On the point of differentiation between canonical and other accounts, Robbins' Who Do People Say I Am? Rewriting Gospel in Emerging Christianity is magnanimous to a fault. With warm, conversational, and instructional prose, Robbins presents a case for mutual influence. His goal is clear: "My thesis is that as early Christians used Gospels, those Gospels used them. In other words, influences are very subtle. Once something comes into the domain of our experience, it influences us and we influence it." The book demonstrates mutual interpretation of texts particularly well. Robbins traces extensive connections between Israel's Scriptures and the many gospels, as well as influence among the accounts of Jesus.

The first six chapters present an account of Jesus' identity as found in the canonical gospels, with initial chapters covering the Q material and the "Son of Man" traditions. In these accounts, the identity of Jesus is often compared to previous roles in Israel, of which Jesus is shown to be the fullest and ultimate example. Each of the next six chapters focuses on a non-canonical text with the goal of helping "readers both expand their knowledge of Christian tradition and deepen their understanding of one or more Gospels inside the New Testament." Robbins treats the Gospel of Thomas, the Infancy Gospel of Thomas, the Infancy Gospel of James, the Gospel of Mary, the Gospel of Judas, and the Acts of John. In these texts, Jesus cannot be compared to anything. He is "something different from what anyone has ever expected." Possibly these gospels, very interesting examples indeed, best help Robbins explain concepts in the canonical gospels, but I could not locate his reasoning for the selection of these particular texts and not others.

This book would serve well anyone desiring to know more about the stories of Jesus, inside and outside the Bible. It would be a handy supplement to a course on the Gospels or Jesus, providing context and explanation for some popular (and very foreign) texts. Robbins' socio-rhetorical reading strategies—a methodology he has championed—prompt him to ask illuminating questions of the text: "What exactly did Jesus do that called forth [these] kind of description[s] about him and his activities, and why did he do it?" Robbins asks readers to seriously consider the implications of following a suffering Messiah amid the tensions that led to the Jewish War of 66-70. Elsewhere he suggests that the anointing of Jesus' feet as recounted by Luke might be in preparation for the long journey to Jerusalem, and that Jesus' unique account of Isaiah's prophecy in Luke 4 may be due not to Lucan editing but to Jesus' memorization of the text. Questions of social location and rhetorical strategy allow Robbins to see things in the text that others might have passed over.

Moreover, this book provides a superb vehicle for learning about many alternative accounts of Jesus; Robbins' treatment of the non-canonical accounts is both thorough and gracious. It is a good thing "to keep an open mind," as he suggests, or else the reading of the non-canonicals becomes an exercise in the construction of straw men. Nevertheless, I wonder if programmatic open-mindedness sometimes blurs important distinctions. While it may be true that "many of the things that are strange to us may be very meaningful for some other people as they attempt to understand Jesus," is it the case that "the 'more strange' that Jesus becomes as this book proceeds, the closer we get to the 'innermost nature' of Jesus"? Diversity of accounts? Yes. Multivalence and richness in the life of Jesus? Absolutely. Even the ability to appreciate strangeness in others because of the unfamiliarity of Jesus is a wonderful goal. This text lacks, however, any discussion of the regula fidei, a notion that would help (especially inexperienced readers) understand why a spiritual Jesus who did not actually die on the cross, as depicted in the Acts of John, was ruled by the consensus of the church to be out of bounds.

The four gospels affirmed as canon did not tell everything about the life of Jesus—admittedly they leave big gaps. What was Jesus like at age seven? What was he doing on Holy Saturday? Jenkins and Robbins provide wonderful introductions to texts that attempted to answer questions like these and many others. Their books and the texts they write about do deserve attention. When we study and appreciate such accounts, we not only learn more about Christ-followers in other times and places but also, I suggest, come to see that the canon is not an elaborate conspiracy designed to suppress tantalizing and illuminating tales. Instead, we might come to see the canon more deeply as the wisdom of the church and the wisdom of God to privilege the accounts of Matthew, Mark, Luke, and John, four awesome and inspiring narratives whose treasures are inexhaustible.