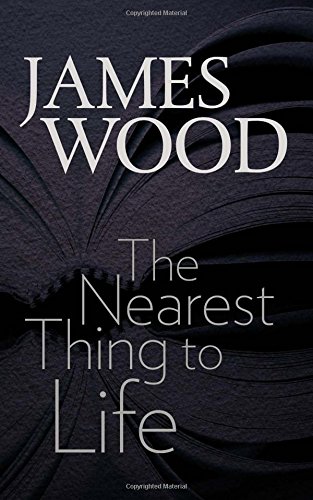 I belabor this point because this book's arguments are so often, and thoroughly, disfigured by their unexamined reliance on concepts of "secular" and "religious" that make very little sense. Here, for example, is Wood's account of the difference between religious and literary texts: "The real, in fiction, is always a matter of belief—it is up to us as readers to validate and confirm. It is a belief that is requested, and that we can refuse at any time." Religious texts, on the other hand, simply "command" belief. So much, I guess, for "Taste and see that the Lord is good." So much for the careful portraiture of the gospels. Wood's critics have often accused him of making fiction his religion, of replacing his childhood Christianity with the novel. I don't, myself, think this is such a terrible human failing—humans have worshipped so many worse things than Chekhov!—but I do think the word "secular" functions for him, as it does for so many people, as a way to avoid naming those beliefs to which he has given his heart. Wood's final chapter is a meandering meditation on "secular homelessness," which, on his description, sounds a lot like plain-old cosmopolitan displacement; the modifier "secular" adds nothing to the concept.

Reading again Wood's strictures on Jesus, I recalled Frederick Buechner's Love Feast, a novel I read in my early twenties and have not reread. I do not know whether it holds up. But it does contain my favorite depiction of the rites of confession and communion in literature:

Your partner held his hands up, side by side, palms out. You made believe his hands were a mirror. You looked into that mirror and described out loud what was wrong with your face. Then your partner described in turn what was wrong with his face as he looked into the mirror of your hands. When you were both finished, for absolution you fed each other the sacrificial elements.

Like most of Buechner's novels, Love Feast is a comedy of deep forgiveness. But then so is the love feast itself.

Phil Christman is a writer and teacher who lives in Ann Arbor, Michigan. He edits the Michigan Review of Prisoner Creative Writing.