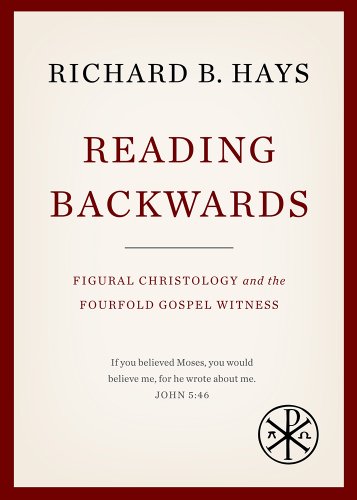 What disturbs the professor is that so many read their New Testaments with nary a glance at the Scripture reference notes in the central column of many Bibles or printed in the footnotes in others. What disturbs the reader is what one finds when one pursues those cross-reference suggestions.

We need go no further than Matthew's first chapter. The original woman in mind in the famous "the virgin will conceive" was a "young woman" already married to Isaiah and pregnant and soon to bear a child. But the Greek translation, the Septuagint, turned the Hebrew almah into parthenos, which meant "virgin." Matthew, knowing Jesus was born of a virgin, chose the latter on which to hang this profound interpretation of the conception and birth of Jesus. In chapter 2, the holy couple, after having spent time in safety in Egypt, return—and Matthew finds a golden egg in a text that had nothing to do with the Messiah. Matthew brings rugged realities and scriptural patterns together: If Jesus is the Son of God, if he spent time in Egypt, if YHWH called Israel his Son and out of Egypt summoned them to the Land of Israel, then Jesus somehow needs to be seen fulfilling that text too. It's all in Matthew 2:1-15. Or take John 5:46, which tells us in the words of Jesus "If you believed Moses, you would believe me, for he wrote about me." If there is so much Jesus in Moses, why did so few recognize him when he came? Over and over we see this interpretive approach to the "Old Testament" when we pay close attention to the cross references in our Bible, at once opening a world of glorious discovery and faith and re-imagining history and at the same time provoking us into pondering what kind of readings these early Christian hermeneuts were offering their readers.

Where did this kind of hermeneutics originate? On a single page in a short book that has more drama than one can find in a hundred or more other New Testament studies, C. H. Dodd posed our question and answered it with rhetorical deftness:

Among Christian thinkers of the first age known to us there are three of genuinely creative power: Paul, the author to the Hebrews, and the Fourth Evangelist. We are precluded from proposing any one of them for the honour of having originated the process, since even Paul, greatly as he contributed to its development, demonstrably did not originate it. What forgotten geniuses may lurk in the shadows of those first twenty years of Church history about which we are so scantily informed, it is impossible for us to say. But the New Testament itself avers that it was Jesus Christ Himself who first directed the minds of His followers to certain parts of the scriptures as those in which they might find illumination upon the meaning of His mission and destiny.[1]

I can see no reasonable ground for rejecting the statements of the Gospels that (for example) He pointed to Psalm cx as a better guide to the truth about His mission and destiny than the popular beliefs about the Son of David, or that He made that connection of the "Lord" at God's right hand with the Son of Man in Daniel which proved so momentous for Christian thought; or that He associated with the Son of Man Ianguage which had been used of the Servant of the Lord, and employed it to hint at the meaning, and the issue, of His own approaching death. To account for the beginning of this most original and fruitful process of rethinking the Old Testament we found need to postulate a creative mind. The Gospels offer us one. Are we compelled to reject the offer?

One good reading of Luke 24:36-48 reminds us that Jesus was himself an intense Bible reader, a 1st-century Jewish hermeneut who not only knew what the Bible said but knew to whom it was pointing. He read the Bible, yes, with Christological lenses. Dodd was right: Jesus taught his followers to read the Bible as he did. And that makes all the difference.

The two generations since Dodd's incisive study have seen an avalanche of books and technical articles about the use of the Old Testament in the New Testament, about how the Bible's own authors were interpreting previous books in the Old Testament into a veritable maze of canonical inter-interpretations, about how post-canonical Jews read the Tanakh, about how the Septuagint interpreted when translating the Hebrew text, about how Targums (paraphrases into the lingua franca of 1st-century Jews) interpreted the Bible, about how the Dead Sea Scrolls re-read the Bible, and about how the rabbis hermeneuted the Bible in their own way. Add to this early Christian exegesis and hermeneutics and one life could not afford the time to read it all. The cross references disturbed enough New Testament scholars that Richard Longenecker, after his lengthy and informed updating of the issues and conclusions, asked, "Can we reproduce the exegesis of the New Testament?" and "Are we able?" and "Ought we try?" He answered that set of questions with a guarded "No" and "Yes"![2]