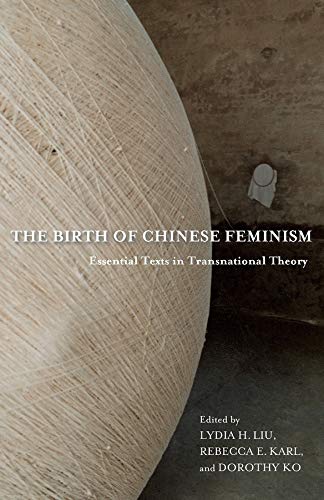 The powerful voice of He-Yin Zhen.

In September 1905, a Chinese revolutionary armed with a bomb hid in Peking's train station. His target was a delegation formed by the dowager empress Cixi, which was beginning its journey to the capitals of Britain, France, the United States, Japan, Russia, and Italy. Its brief was to study these countries' governments and return with suggestions on how to reform the crumbling Qing dynasty.

The young man set off for the station determined to thwart an attempt to resuscitate an empire that he wanted dead. He was not, however, an expert with explosives. As the delegation's train left the station he detonated his device, denting the train and killing himself. Two of the dignitaries were injured, and it was four more months before the party set out again. They returned with proposals that were quickly implemented by a desperate court. But Qing China fell anyway six years later, in a revolution that ended more than two millennia of imperial control.

It did not take a trained eye to see that China was on the brink of upheaval in the early 20th century. Its navy had been destroyed by the Japanese in 1895, its army pummeled by the United States, Japan, and all the major European powers in the Boxer Rebellion of 1900. The country still flew its own flag, but other countries claimed large swathes of its territory as spheres of influence. Students from wealthy families went to study in America, Europe, and Japan. There, they dreamed that China would one day be like these societies, and took to politics. They talked and wrote about the future, about a republican China, a constitutional China, a socialist China, above all, a strong China that would retake its position in world affairs. Small cells of would-be revolutionaries assembled in cities both in China and overseas, taking grim satisfaction at their leaders' woes.

For some, the future of a strong China lay in its embrace of social reforms fueled by the women's movement in the West. Westernized ...