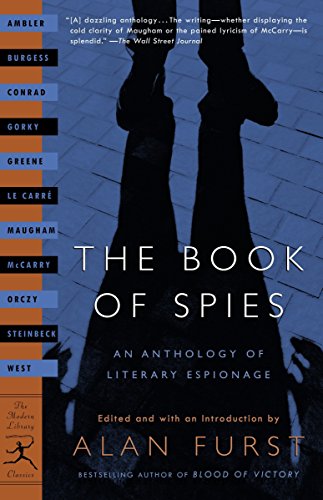 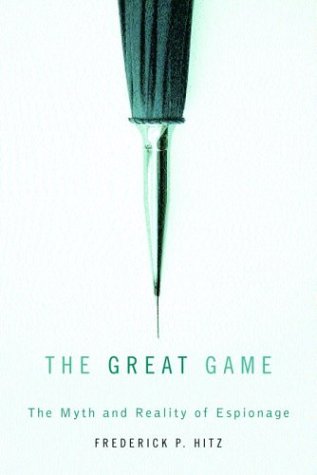 The Spy Who Loved Me

The Report of the 9/11 Commission has put the CIA and related services in an unflattering spotlight and provoked an unprecedented debate over the structure of the U.S. intelligence program. But for every American who reads the report, a hundred will head to the local multiplex to see The Bourne Supremacy or The Manchurian Candidate. At home, they may have a copy of Absolute Friends, the latest novel by John le Carré, or Dark Voyage, the new book from Alan Furst, who has supplanted le Carré as the reigning master of espionage fiction. It is from such stories, in print or onscreen—from John Buchan's Thirty-Nine Steps and the exploits of James Bond in all his guises; from Eric Ambler and William F. Buckley, Jr.; from Len Deighton and Robert Ludlum and Charles McCarry and all the rest—that most of us, however sophisticated we imagine ourselves to be, have formed our notions about the shadowland of "intelligence." Even spies, after all, read spy fiction.

But how much—or how little—do these notions correspond to reality? Two recent books shed light on this question. In The Book of Spies, Alan Furst has compiled a lively anthology of literary espionage. And in The Great Game, Frederick Hitz—formerly inspector general at the CIA—attempts to sort out the hard reality of espionage fiction from the confabulations of myth. Both books belong on the shelf right next to the 9/11 report.

In his introduction to what he calls "the literature of clandestine political conflict," Furst includes a fine description of the evolution of the modern spy novel. While from the time of Moses there have been spies, and then literature about spies, modern spy fiction began with Baroness Orczy's The Scarlet Pimpernel in 1905 (though Furst does not include an excerpt from The Scarlet Pimpernel in his collection). Others at about the same time, notably Rudyard Kipling in Kim, were also pioneers of the genre. Kipling's phrase, the "Great Game," not only set the tone for much of the last century's intelligence literature but also now provides a title for Frederick Hitz's analysis of spy fiction. Both Furst and Hitz treat the notion of a Great Game as foundational to how governments actually conduct intelligence, yet Furst in particular wisely notes that espionage fiction evolved its characteristic forms in synchronization with the century's great international dramas, the two world wars (1918-1945) and then especially the Cold War (1945-1989), which lasted considerably longer than the period enclosing the century's two most catastrophic shooting wars.

Furst chooses his eleven authors with two criteria in mind: good writing and authenticity. By "authenticity," he means that the author had firsthand knowledge of intelligence work as an active member of a service or as someone deeply involved in politics. Furst, of course, is not the first to edit an anthology of spy literature. Probably his most notable predecessor was Allen Dulles, active intelligence operative in World War II and then, in the 1950s, head of the CIA. 1 Dulles introduced his collection of 32 tales by opining that spy fiction is the best medium to portray the fundamental conflicts between good and evil that are involved in tensions between modern nations.

While Furst does an admirable job of giving good examples of the literature from different periods, he does not offer what Hitz provides: introductions and annotations with bits of information from real espionage cases. The pages of The Great Game arise out of a freshman seminar that Hitz has been teaching at Princeton since leaving his position at the CIA. Rather than a straightforward anthology, Hitz gives us something like a series of lectures, with selections from the best espionage literature interwoven with explanations of the spy business along with illustrations from real espionage cases. Along the way, he tries to show how some of the figures from real spy work provided the raw material for characters developed by Ambler, le Carré, and other masters of the genre.

While Hitz's chapters are sometimes cluttered with too much information, they do provide an excellent sense of what carrying out intelligence is really like. He begins with recruitment—the effort by an intelligence service to engage a member of the opposing government or organization to work for your government clandestinely. It is the pinnacle of success to develop a clandestine human source within the government of the opposing country. Hitz also excels in showing the intricacies that necessarily accompany complicated human interactions. The intelligence officer wants the target to trust him, but the target feels as though he is walking on the razor's edge of betrayal. The best intelligence officers develop empathy with their targets, but the empathy must be real, not fabricated for the moment, and it must be developed over a long period of time. Successes from this type of recruitment are, in fact, rare.

The more common form of recruitment is the walk-in. This is a person from the opposing government who simply "walks in" (via letter, email, or a personal encounter in an office or on the street). The walk-in is saying that he is ready to be recruited. No long-term relational development is needed to get to the point of asking a walk-in to work for you. But once the relationship begins, great care is required to maintain the bond. Many of Hitz's cases feature the walk-in. In some, the walk-in developed into a long-term productive source, but in others, when human signals got mixed, the walk-in just turned around and walked out. The complexities of human nature that go into espionage are difficult to describe, much less fathom. But the selections chosen by Furst are about as good at exposing those complexities as can be found in spy literature, and thus they perfectly complement Hitz's analysis.

It is important to underscore that the best spy stories are adventures in human relations. Conventional spy novels often tell how a secret agent sneaks into a country and then exits through an even more devious route, often in another disguise. Such stories seldom touch the depth of human relationships that, in fact, make up real espionage—especially where those relationships combine boredom and exhilaration. To nurture a relationship with individuals who are totally depending on you for protection, even as they maintain their role in the opposing government, entails huge burdens of trust. Spy novels all too often promote the supposed excitement of espionage without highlighting sufficiently the grave responsibilities that one human assumes when recruiting another to commit treason—especially when the recruiter and the target have formed a bond of friendship. The intelligence officer has to be empathetic with his recruit, but that empathy often exacts a severe emotional cost. The reason that in real life there are so very few actual recruitments (as opposed to walk-ins) is almost certainly the huge emotional cost.

In espionage, human intelligence works hand-in-hand with technology, and spy novels are replete with a potpourri of gadgets (mostly made up). As a young FBI agent I once heard that the CIA employed someone whose only job was to read spy novels in order to check on how much real-life information about secret gadgets had seeped into publicly available fiction. It was, in several senses of the terms, a dream job. Hitz shows that espionage fiction sometimes turns out to replicate the truth. Yet usually it is the other way around. For instance, the grand technical achievement of breaking the German Enigma code could hardly have been imagined by a novelist. Real espionage technology is guarded closely, otherwise it would not be useful for espionage.

From early in my involvement as a Christian working with national security, I have marveled at the striking analogy between intelligence work and missionary work. When you strip away the divergent settings, both represent efforts to recruit (convert) other human beings into doing something that does not conform with their local culture or upbringing. To prepare for his task, the intelligence officer like the missionary invests time in learning the target's language, the culture, the locale, and the best way to deliver the message. The missionary often finds it difficult to develop a convert in the same way an intelligence officer finds it difficult to recruit. Both need empathy with the target that is real, based in a mutual conviction that some higher value is more important than the particular agendas of either party in the relationship. The intelligence officer trusts that his country in some sense embraces a Right, a Good, that deserves to be served. The missionary, of course, believes in a divine-human Person greater than any one person on earth.

Like their counterparts in espionage, missionaries are alert to the potential of walk-ins. Indeed, much missionary labor today asks Christians to be living witnesses within a culture where people would not respond to a direct message. They seek to enhance the possibility that walk-ins will walk in. And just as intelligence officers often depend on networks of people to help with protection, access and support, so missionaries involved in church planting are building networks that reinforce their work.

While the missions-intelligence analogy should not be pushed too far, both endeavors do set up situations requiring skill of the first order in managing human relations. In fact, both in their own way require love. Naturally, the analogy breaks down when eternal spiritual values are contrasted with earthly political values. But the parallel underscores the complexity of the spy business as it reflects the complexity of the human psyche—revealed in the human relationships at the heart of the best stories.

Allen Dulles began his earlier anthology by claiming that "truth is stranger than fiction." His words haunt me, because they make me think of my friend from the FBI, Robert Hanssen, who is now serving a life sentence without parole for committing acts of espionage spread over a 22-year period. Hanssen was the quintessential anti-communist, a faithful Catholic, a loving husband, and a caring father. He was also a spy who gave the Soviets information that betrayed his trusted position within the FBI and actually put at risk the whole United States, including his own family. Hanssen, who really was devoted to his wife, nonetheless broke trust with her by actions funded with the money he got from the Soviets. None of the spy fiction so carefully gathered by Furst or intelligently interpreted by Hitz explores the depth of human conflict to be found in the real life of Robert Hanssen.

But Furst is surely right that the best spy novels are usually those written by practitioners or by people who have studied the business seriously. Yes, there is some real-life truth in the best spy fiction, but usually it concerns the nature of human relations or the human psyche. And it is these mysteries of the heart, much more than gadgetry or the narrow escape, that make the best of espionage fiction so compelling.