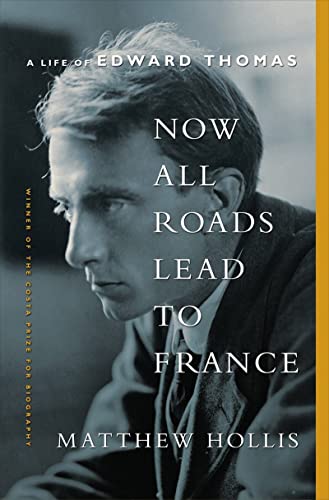 The Power of a Poem

Edward Thomas, Robert Frost, and "The Road Not Taken."
July/August 2013

In 1695, Joseph Addison secured political patronage and a diplomatic travel mission by doing none other than penning a poem with the simple title, "A Poem to His Majesty." Addison dedicated it to a prominent Whig politician—John Somers—and thus won a step up in politics.

Fast-forward to 2013 and, if Facebook privacy settings allowed, you would see what I saw: a prom invitation to a young woman: "The prom is dumb. Come with me. We'll have fun." How could she resist, she typed coyly, and the date was apparently set.

Because poetry carries intent, especially when gifted from person to person, the power of a poem can be surprising indeed. While it may eventually have broader appeal and provoke diverse interpretations (though perhaps not in the case of our Facebook poem), its effect on the individual can change the course of a relationship, even the trajectory of a life.

Such is the case, according to Matthew Hollis, with one of the most famous American poems: "The Road Not Taken." Within this single poem is a whole relationship, and the way that relationship unfolded for Edward Thomas and Robert Frost.

Now All Roads Lead to France: A Life of Edward Thomas uncovers the secrets of Frost's poem, through what at first appears to be a straightforward biography of Thomas but turns out to be an extended reflection on poetry and this poem in particular.

Edward Thomas (1878-1917) scraped out a living for himself and his family as a prolific reviewer, essayist, and literary jack-of-all-trades. A contemporary of Eliot, Pound, Brooke, and Owen, Thomas was himself a poet at heart. Robert Frost knew this early on and encouraged his friend's latent ambition much as Thomas promoted Frost's professional success. Frost would later say Thomas was "the only brother I ever had."

And it is brotherhood at play in Frost's "The Road Not Taken"—the kind that pokes a little, laughs a little, hopes a lot. But Thomas did not fully understand: he thought Frost was urging him to serve in World War I. As brothers sometimes will, Thomas could not stand the tease and felt he must prove himself in the face of it.

The poem's power issued from its image of two roads diverging. Many a day and evening, Thomas and Frost had walked the lanes of England. Frost knew how Thomas struggled to choose a way. It was a gentle joke now, tucked into the lines, "Though as for that the passing there / Had worn them really about the same, / And both that morning equally lay / In leaves no step had trodden back." In other words, neither road really had "perhaps the better claim."

He had long suffered from severe depression, and who knows if his inability to settle, in myriad ways, had anything to do with this condition. At various times, he had searched for a savior—not the moral kind, but someone or something that would give him volition and clarity of mind. Nothing ever came. The closest was this decision to prove himself to Frost (and thus, perhaps, to his own self) by going to war. Once enlisted, he pushed the issue further by volunteering to move to the front lines; in a 64-line poem that Hollis understands as an answer to "The Road Not Taken," Thomas penned these words:

Now all roads lead to France
And heavy is the tread
Of the living; but the dead
Returning lightly dance:

Whatever the road bring
To me or take from me,
They keep me company

With their pattering,
Crowding the solitude
Of the loops over the downs,
Hushing the roar of towns
And their brief multitude.

The poem features its own form of brotherhood—the dead lightly dancing, keeping Thomas company, hushing the roar perhaps of his own ruminations and despair. Beyond that, there is the assent: all roads take us where we truly want to go; none has the better claim. It could be seen as a deterministic "Yes" to Frost. "Yes, it matters not which road I take in the wood. Now all roads lead to France."

Whether Frost himself adhered to such determinism is up for discussion (and Hollis does not discuss it). But Thomas understood Frost's poem that way, and was embracing the American poet in brotherly love by speaking the language they ultimately shared as one man to another, one poet to another—the powerful language of poems.

L. L. Barkat is managing editor of Tweetspeak Poetry. She is the author of six books, including The Novelist: A Novella—about a blocked writer who, through the rituals of tea and meeting a "tea empress" on Twitter, comes to find an unexpected story locked inside. She also has a book called Rumors of Water: Thoughts on Creativity & Writing, which was twice named a Best Book of 2011.